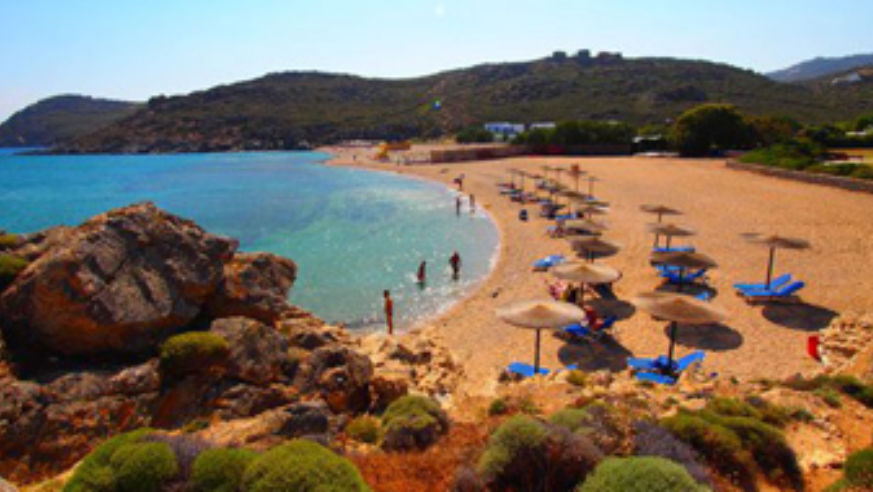 Hobart Fowlkes, our "Budget Travel Convert," is a high–end jetsetter by trade, budget globetrotter by choice. He reports regularly on the best (and most affordable) experiences and hotels around the world. Today he updates us on a recent trip to Athens and Mykonos where he spent time admiring the Parthenon in Athens and watching the sun set, cocktail in hand, in Mykonos.

See photos from my trip to Greece

I arrived in Athens mid–morning on a nonstop flight from JFK. I had slept the whole way, but nevertheless when I got to my insanely cheap hotel on Euripidou St. in Plaka (the old part of town at the bottom of the Acropolis), I was ready to hit the hay for a few hours. If you haven't been to Athens before, beware—official Athenian taxis will only charge you a flat fare of EUR35 ($50) to the center of town, so do NOT fall for any sneaky tricksters who might try to take you for anything more.

I was in Athens for just 24 hours before I headed out to Mykonos. On my one full day in the city, I meandered through the vast park that leads to the giant stone plateau which was once the site of the holiest temples in the Greek world (for the life of me I can't remember the name of the park). From up there you can enjoy amazing panoramic views of Athens all the way to the port of Pireaus and the Aegean Sea. Descending back into the narrow streets of Plaka I made frequent stops for iced cappucino frappés and my favorite Greek invention of yogurt with walnuts and honey! Oh those Greeks can work wonders with honey!

Where I stayed: I checked into Hotel Euripides, which is a very bare bones property with 62 rooms—I had air conditioning, a TV, and a little balcony overlooking a restaurant called O Telis that serves only pork chops (more on this in a bit). 79 Euripidou Street, 011/30-210-3212301-2, evripideshotel.gr

How much I paid: My double room cost $83 per night.

Why I recommend it: The hotel is simple, but the neighborhood it's in is very charming and quaint (filled with cute shops and restaurants). Unfortunately, Euripidou Street, where the hotel is located, is like one big, seedy strip that bisects Plaka. But on a positive note it's covered with the most amazing graffiti I have ever seen! My favorite part of the hotel is the roof terrace, where complimentary breakfast is served daily from 7 to 10AM. The meal consists of the usual continental spread, but all I really needed was a cup of strong coffee and the corner table that has the best view of the Parthenon in town.

But back to the restaurant across the street that serves only pork chops. That was definitely a highlight for me. Since they serve only pork chops and have been in business for more than 30 years they have had plenty of time to perfect the preparation of said chops. So awesome are their pork chops that Neil Armstrong (YES, the astronaut) ate there once in 1997 and sat in exactly the chair where I sat! How do I know that?? Well, first of all my waiter told me so upon discovering my nationality and seating me at that table. Thinking me to be incredulous, he dug out a folder filled with yellowed newspaper clippings from Athenian dailies in the late 1990's to prove the point. Knowing that the very tush that once wiggled out of the Apollo 11 onto the face of the moon, had actually once warmed the very plastic chair into which was nestled my very own tush was enough to make those already delicious pork chops sublime. O Telis, 86 Evripidou, Koumoundourou Square, Athens, 011/30-210-324-2775, dinner from $15 (including a greek salad, pork chop, and a bottle of water)

Next up was Mykonos. With my budget in mind, I opted to travel via ferry boat even though there are regular flights to Mykonos. Just steps from the Hotel Euripides there is a subway that takes you directly to Piraeus where the ferries depart. There are high speed ferries ($172 one way) and there are regular ferries ($100 one way). I chose the high speed ferry on the Aegean Pelagos line. The total trip took about four hours. Ferries.gr

Upon arriving in the town of Chora in Mykonos, I was met by a man from the hotel that I had chosen for myself: The Hotel Petasos. That was a good thing too because it's very easy to get lost in Chora (apparently it was deliberately designed as a labyrinth in an effort to confuse and perplex pirates who might invade).

Where I stayed: The 18 room Petasos Town hotel in Chora.

Why I recommend it: Not only is the hotel very clean and charming, it is in a perfect location, just steps from the center of the port of Chora. Petasos Beach, which is the sister property, is located on a beach about a 20 minutes drive in a shuttle bus. It's a bit tonier than the town one, but the good news is that as a guest of the Town hotel you are free to use all of the facilities at the beach property.

I could have spent all of my time at the Petasos Beachproperty, but I found myself a lot more comfortable renting a car (EUR30/day) from a nice man about 100 meters up the street from Petasos Town Hotel, just opposite another awesome property called the Rochari Hotel.

With a car you are free to explore the island and discover all of the various beaches,each of which has its own unique personality. There is Agrari Beach which is somewhat secluded in a little cove with deep blue water—it's the polar opposite to the very gay and very vibrant Paradise and Super Paradise beaches which you will know you are approaching before you get there by the THMP THMP THMP of the House Music that blasts from the Beach's DJ platform all day long and into the night. My personal favorite is known as Elia Beach. It is a long, sandy beach with beds that you can rent and plenty of space to pitch your towel wherever you want. There is a charming restaurant on one end of the beach for lunch, and generally a veryfriendly mixed crowd of beach goers. There is also a lot of good "beautiful people" watching of which I am particularly fond.

Before you go I also recommend that you go for a cocktail at the Hotel Elysium, which is high up on a hill overlooking the port. Hotel Elysium is not at all in the Budget Travel category of hotel, but it is worth it to make the hike up there and pay a fortune for a measly little cocktail just for the opportunity to watch the sun go down over the town.

So after a week of sun and relaxation in Mykonos, I sadly boarded my ferry back to Athens to spend one last night in Hotel Euripides. Thankfully, there was time the following morning to enjoy a coffee while gazing at the acropolis before setting off back to the airport, but, sadly, no time for pork chops.

Next stop: Florence and Lucca on the way to spend a week in the sun in Torre del Lago, the little known next door neighbor to beach destination, Viareggio, on Tuscany's coast.