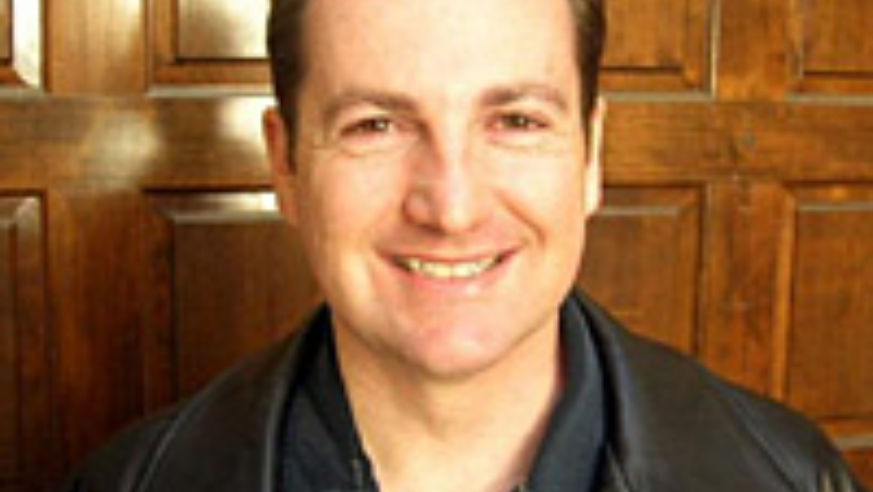 Robert Niles answered our questions about theme parks today. If any journalist in the country should know the scoop, it's Niles—given that he is the editor of ThemeParkInsider.com, which offers reviews and consumer news. Below, he talks about the upcoming Harry Potter attraction plus other hot news.

Next year, Universal will debut its Hollywood, Rip, Ride and Rockit roller coaster and Sea World will debut its Manta coaster. And, of course, the Big One arrives in 2010 in the Wizarding World of Harry Potter at Universal's Islands of Adventure.

Also, I'm excited about the plans for Disney's California Adventure. Pixar's John Lasseter is calling the creative shots now at the Disney theme parks. He's a former Disneyland employee and a real theme park fan, which is what you want in a corporate boss! The plans are to revamp the look of much of the park, and to add a massive new land based on the movie "Cars." The plans look spectacular, and Toy Story Midway Mania is just the first step.

How will the ongoing construction of "Harry Potter's Wizarding World" at Universal's Islands of Adventure affect attendance at the surrounding parks in Orlando? Will it really draw a lot of people away from Disney?

I think that a lot of people will put off visits to Orlando in late 2008 and 2009 to wait for Harry Potter in 2010. Especially with gas prices high and the economy weak now. Harry Potter's debut makes it easier for people to say, "hey, we can't afford it this year, but let' wait fir Harry Potter anyway." That's why I think you'll be seeing more deals coming from the parks as they try to keep attendance up in the meantime.

Universal's three on-site hotels won't be able to handle half the prospective visitors who will want to stay on-site for The Wizarding World of Harry Potter when it opens. Will Universal construct a new resort in time for the opening?

Not that I've heard. I suspect that prices will, uh, be going up at those hotels in 2010, though, in response to the demand. So late 2008 or 2009 will see some bargains available for people who want to visit Universal before Harry Potter, and get that front of the line pass.

I also think that there remains a lot of confusion in the marketplace about Harry Potter. Many theme park fans think that it is going in somewhere at Walt Disney World, which is not the case. Every time I've visited WDW over the past two years, I have overheard guests talking about Harry Potter. A lot of fans are awaiting Disney's response.

What's your opinion about paying a fee for the right to "jump the line"...which is a service that a few theme parks now offer?

I just got back from Orlando, where we stayed at the Royal Pacific Hotel, on-site at Universal Orlando. One of the perks of staying at Universal's three on-site hotels is that you get unlimited "front of line" access to all (okay, all but one) the rides and shows at the two Universal Orlando theme parks, for no extra charge.

I tell you, that was the best value I've ever had in a theme park vacation, and I'm going to have a hard time going back to Universal without that perk. The key, though, was that the perk was unlimited. With many paid line jumping services, including the one Universal offers to non-hotel guests, you get only a limited number times to skip lines.

I'd try instead to visit the parks on a day when attendance is not that heavy, and to arrive first thing in the morning, when lines haven 't built up yet. That's a better deal than spending money on the skip pass. But If I were visiting on Fourth of July, or another busy weekend, I'd definitely consider buying one.

What's your advice for people visiting a park, including any tips on mistakes to avoid?

Arrive before the park opens and do the "biggest" roller coasters and thrill rides first. Then move to the higher capacity dark rides and shows. Get the big stuff out of the way before lunch, they you can enjoy the rest of your day, wandering around doing whatever catches your eye.

Also, parents need to manage expectations. Parents try to get "full value" from the tickets and march their kids through the park like they are Sherman headed through Georgia. Plan for a sit-down lunch, time in the afternoon back at the hotel pool or taking a nap and don't push the kids too hard during the day. Look for playgrounds (like Disney's Tom Sawyer Island) where kids can run around, too, instead of just waiting in line and line.

What are the most popular and top-rated rides among readers of ThemeParkInsider?

The Amazing Adventure of Spider-Man at Universal's Islands of Adventure truly is a great ride. But Disney's Twilight Zone Tower of Terror won our Best Ride in America tournament earlier this year and a handful of other rides approach Spider-Man in rating popularity, including Expedition Everest and Disneyland's classic, Pirates of the Caribbean.

Disney passes are supposed to be good forever. Will there be any way to redeem Pleasure Island passes after Disney closes the park in September?

Disney will credit you the value of unused Pleasure Island tickets toward the purchase of some other Disney ticket. Bring them to any Guest Relations booth, or call Disney's guest relations number, (407) 939-6244, for details. If you have one of the Magic Your Way tickets with the Pleasure Island add-on, those still expire two weeks (I think) after first use.

What's up with Six Flags?

Six Flags' management is trying very hard to move away from its old, thrill park image. At the same time, that's what their parks were built for, so the transition is going slow. Six Flags has added Thomas the Tank Engine and Wiggles attractions at many of its parks, and continues to promote its Bugs Bunny and Warner Bros. toons, too. But those appeal more to younger kids. There's still a gap there for families with older elementary kids, that Six Flags is not yet appealing to.

From what my readers tell me, Six Flags' best park, overall and for families, is Great Adventure in New Jersey, though Magic Mountain here in LA has improved dramatically under the leadership of park president Jay Thomas. I'd pick Magic Mountain if all I wanted was coasters, too.

A roundup of this summer's hot theme parks