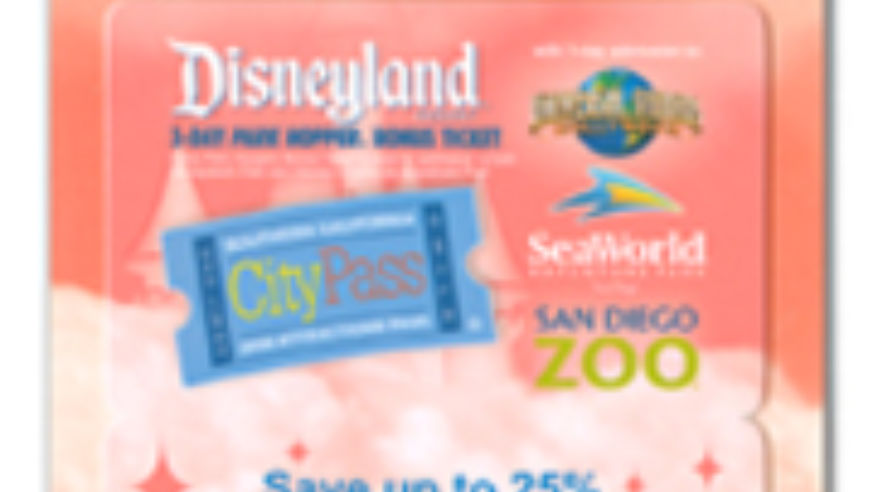 We've learned that the Southern California CityPass will go on sale at West Coast supermarkets in June.

The news made us wonder: Is the Southern California CityPass worth buying? And what would be the cheapest way to buy it?

The CityPass covers three days at Disneyland and Disney’s California Adventure Park as well as one day each at Universal Studios Hollywood and SeaWorld San Diego. You can also spend a day at either the San Diego Zoo or San Diego Zoo's Wild Animal Park.

The CityPass costs $247 per adult and $199 per child ages 3 to 9, at participating theme parks. (That's a slight increase from last year's prices.) You can also buy it at citypass.com, but you'll have to add at least $10 for shipping.

Budget Travel Tip: Members of Costco can buy the CityPass for $217 per adult and $174 per child at Costco.com.

If you’re ambitious enough to visit all the parks within 14 days, the CityPass can save you up to $99 per adult or up to $87 per child as compared to buying tickets at a main gate to a participating park.

Buying through Costco.com and occasional sales on coupon-code sites such as FatWallet.com, can save you even more.

Southern Californians should still look for resident-only promotions (available at Disney Stores and at disneyland.disney.go.com) that can tack on an extra day in the price of a single-day ticket to either Disneyland or California Adventure.

CityPass should be in select supermarkets shortly after the new Simpsons Ride debuts at Universal Studios Hollywood. Opening in mid-May, the six-minute virtual ride will feature Homer, Bart and 27 other Springfield characters—including Krusty the Clown—projected on an 80-foot domed screen. Woo-hoo!

*CLARIFICATION 3/24: Due to an editing error, this post originally said that Albertsons, Bashas’, Fry’s, and Kroger can be found in Northern California, when, in fact, they are located elsewhere.