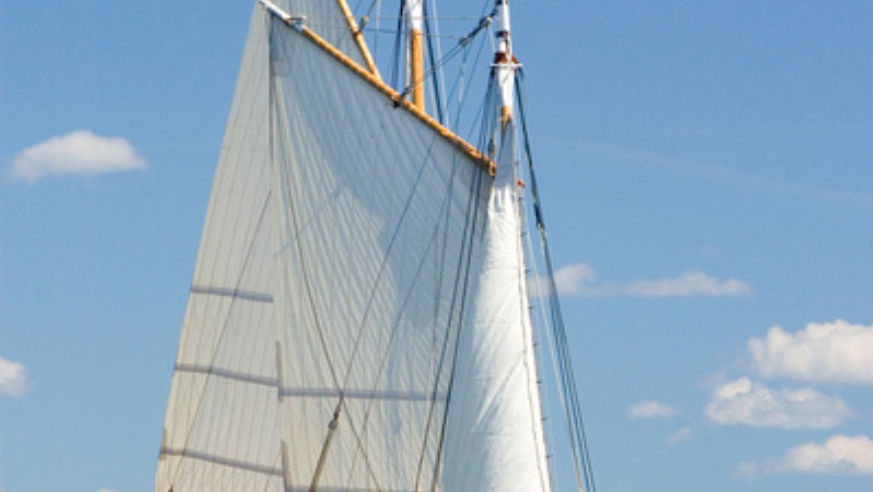 Back in 1609, intrepid French explorer Samuel de Champlain landed on Isle La Motte, Vt., in what is now Lake Champlain, on the northwestern edge of Vermont. Très bon, Sam!

To celebrate the quadricentenial of Lake Champlain's discovery, Vermont is throwing a yearlong party. Over the summer, there are tons of festivals, shipwreck tours, and historical events scheduled, one of which is happening this weekend.

This Friday and Saturday, Isle La Motte, an island in the northern part of the lake, will host the Samuel de Champlain Quadricentennial Celebration. When Champlain landed on the island, it was the first time he came to shore in Vermont.

The nautical-themed event will host the schooner Lois McClure, a full-scale replica of an 1862 sailing boat. It's a classic example of a boat designed to sail on the lake—and with the masts removed, it can travel though the Champlain Canal.

The schooner will be open for free tours on both days, and on Saturday, there will be a flotilla (a lake parade). Local boats will circumnavigate the island as a ceremonial welcome to the Lois McClure, followed by a barbecue, plus free ice cream from Ben & Jerry's (a homestate company), carriage rides, and live music by folk musicians.

Check out celebratechamplain.org for more events, scheduled throughout 2009. Also happening this weekend is the kick-off of the Vermont Symphony Orchestra's summer tour and the Winooski Riverwalk Festival.