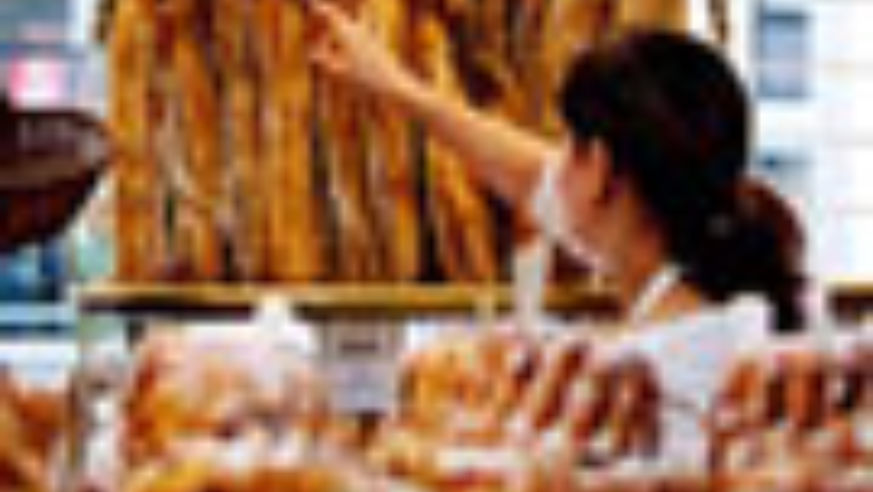 The truth is, the folks who cook, sell, and write about four-star cuisine appreciate a good taco. Actually, they adore a good taco--or pizza, or burger, or platter of ribs...

We pestered 33 experts until they shared every last tip from their recent trips. It's food for the soul, from people whose taste you can trust (and check back next week for more places where foodies love to eat).

ALICE WATERS
Chef/owner of Chez Panisse in Berkely, Calif., and a champion of sustainable farming

Chicago Pastoral is a new little cheese shop with a beautiful selection and a nice variety of wines and breads. There are a few tables outside where you can eat one of their cheese sandwiches. 2945 N. Broadway, 773/472-4781, cheese sandwich $6.

Milwaukee Cuban food isn't what comes to mind when you mention Milwaukee, but there are some great dishes on the menu at Cubanitas. It's authentic Cuban cooking in a spot you'd never expect. 728 N. Milwaukee St., 414/225-1760, roasted pork with rice $10.

Los Angeles I like to go to Teresita's, a family-run restaurant in East L.A. The owner, Teresa Campos de Hernandez, opened the modest place in 1983. She's still cooking and greeting customers in the front, but her son Antonio runs the restaurant now. Their chilaquiles are great--fried corn tortillas drenched in homemade red or green salsa and strewn with cotija cheese. And on Wednesdays, they have costillas de puerco en chile negro, pork ribs cooked in a black chili sauce and finished with Ibarra chocolate. It's sort of like a braising juice. 3826 E. 1st St., 323/266-6045, chilaquiles $8.

Philadelphia When I'm in Philadelphia, I love to go to the White Dog Cafe, a restaurant in a row of five 130-year-old houses. You feel right at home the moment you walk in. Their food is prepared from natural ingredients sourced directly from sustainable family farms. The best thing is the barbecued pork sandwich, served in the bar and grill part of the restaurant. 3420 Sansom St., 215/386-9224, pork sandwich $11.

JOAN NATHAN
Author of The New American Cooking (out next month), host of PBS's Jewish Cooking in America

Providence Whenever I go to my hometown, I make a trip to nearby Fall River for delicious Portuguese English muffins from Central Bakery. On the package, they call it a "Port." 711 Pleasant St., Fall River, Mass., 508/675-7620, English muffin $3.

RICK BAYLESS
Chef and owner of Topolobampo and Frontera Grill, both based in Chicago

Oklahoma City For Oklahoma-style barbecue, I go to Van's Pig Stand in Shawnee, outside of town. Everything's made from scratch. The barbecue is dry-rubbed. It's mostly pork ribs with hickory smoke. Oh, you've got me all worked up now! 717 E. Highland St., Shawnee, 405/273-8704, ribs $11.

CHRIS BIANCO
Owner of Pizzeria Bianco in Phoenix, where the pies have inspired many pilgrimages

Phoenix Burros are a southwestern soul food--basically little tacos with meat and chilis. At Rito's, they come with either red or green chili sauce; I always get green ones. It's been around for 28 years. There's no sign, it's family-owned and cash only, and Grandma's in the kitchen. As far as the food goes, it's the real deal. The burros are really killer (907 N. 14th St., 602/262-9842, green chili burro $4). Also in Phoenix, there's a new place called Matt's Big Breakfast. They make traditional American breakfast, and almost everything is locally grown. I usually get either this really great oatmeal with bananas, or the pork chop and eggs. The building itself is brick, and inside it's a funky space--tiny, clean, deco, all white with orange tables and counters (801 N. First St., 602/254-1074, oatmeal $5).

SHIRLEY CORRIHER
Author of Cookwise: The Hows and Whys of Successful Cooking

San Francisco In North Beach, there's Café Jacqueline. She only makes soufflés, soups, and salads. I still remember the endive tossed in olive oil and blue cheese. She said the secret is to find a white, white endive, so it's sweet. If there's any color at all, it'll be bitter. You can stop in and have a chat with her--she'll explain. 1454 Grant Ave., 415/981-5565, soufflé for two $25.

Austin The Salt Lick is my number-one, super-affordable go-to. It's in what looks like a huge barn with an open smoke pit. You can sit at community tables and get huge platters of sausage, brisket, and ribs. The whole barnyard is smoked and piled up on a platter--all things dead off the grill (18001 FM 1826, 512/894-3117, all-you-can-eat dinner $15). Taco Xpress--that place is crazy, too. It's this teeny, tiny shack not far from the San Jose Hotel and the tacos are awesome. It's run by a lady named Maria who put a papier-mâché bust of herself on the roof--a huge statue, like an Evita Perón sort of thing (2529 South Lamar Blvd., 512/444-0261, taco $1.75).

JIM LEFF
Cofounder of the cult favorite website Chowhound and producer of two new books, The Chowhound's Guide to the New York Tristate Area and Guide to the San Francisco Bay Area

San Francisco A small grocery store in the Mission District, La Palma Mexicatessen is filled with a phalanx of women who are diligently pounding out various grades of masa, which is corn dough. They make the best potato chips anywhere in the continental U.S.--fried up in yummy corn oil. They also have great tamales, chicharrones (fried pork rinds), and taquitos de cabeza (beef head tacos), too. 2884 24th St., 415/647-1500, soft tacos $2.45.

New Orleans Touristy though it is, I can't resist Mother's Restaurant. Debris--the stuff that falls off roast beef while it cooks--on a biscuit is a diabolical flavor bomb, the po'boys kill, and lots of other things are mega-soulful. I often eat there twice per trip, for both breakfast and lunch. 401 Poydras St., 504/523-9656, debris on a biscuit $4.

DAVIA NELSON & NIKKI SILVA
Known as the Kitchen Sisters, Nelson and Silva have an NPR show called Hidden Kitchens; their new book of the same name comes out next month

Austin Barton Springs public pool, in South Austin, is a liquid town square where all of Austin goes to swim, barbecue, and play soccer. The snack shack there has catfish fry, burgers, and Coke floats, not to mention pigeon and duck food (2201 Barton Springs Rd., Zilker Park, 512/474-9895, burger $3). Artz Ribhouse is a roadhouse, with cacti out front that are taller than the building. You can get a half-rack of ribs with potato salad or coleslaw for $9. Carolyn Wonderland and Shelley King were playing when we were there--imagine eating baby backs while Janis Joplin serenaded you (2330 South Lamar St., 512/442-8283). "A day without goat is a day without sunshine" was the motto on the Friday we went to Ranch 616. We watched them barbecue a baby goat in the parking lot, and ate their "pulled pie"--a lemon-meringue-pecan creation with hand-pulled peaks (616 Nueces St., 512/479-7616, pulled pie $6).

SUZANNE GOIN
Chef at A.O.C. Wine Bar and Lucques, both in Los Angeles, and author of Sunday Suppers at Lucques, to be published in November

Los Angeles There's a Thai place called Ruen Pair on Hollywood Boulevard. It's in this minimall that's famous for having three Thai restaurants. One, named Palms, has a Thai Elvis impersonator. Put your name down at Ruen Pair, then go have a beer at Palms and watch Thai Elvis sing his songs, then go back and your table will be ready. It's a lot of soupy noodle things, fried noodle, meats over rice. We never remember what we ordered. We just look at what other people are eating and we point. 5257 Hollywood Blvd., 323/466-0153, papaya salad $6.

MARK BITTMAN
Host of the PBS series How to Cook Everything: Bittman Takes on America's Chefs and food columnist for the New York Times

Los Angeles Dumpling 10053 has dumplings with this amazing chili sauce. It's like an Asian-Mexican fusion, but there's nothing pretentious about it. The thing to order is the pork or the shrimp. 10053 Valley Blvd., 626/350-0188, shrimp dumplings $6.

PHYLLIS RICHMAN
Former critic for the Washington Post and culinary mystery writer; her latest book is Who's Afraid of Virginia Ham?

Washington, D.C. One of the most upscale restaurants in town, Galileo, has a bargain lunch in the lounge. If you see the charcoal grill out front, it means that they're grilling sandwiches in the back. The best is the pork sandwich. It's $5 for a huge one with a green sauce and fried onions. Also, they have the best cannoli on the East Coast for $2.50. You'll see limousines sitting outside waiting for someone who's gone in to get his lunch. 1110 21st St. NW, 202/293-7191.

Charleston An out-of-the-way place for an oyster roast in the winter is Bowens Island, on James Island, outside of town. It's a cinder-block shack overlooking the water on a bend in the river on the way to Folley Beach. They'll roast the oysters, then shovel them onto these big wooden tables. If you're at all cool you know to bring your own oyster knife (1870 Bowens Island Rd., 843/795-2757, oyster roast $19). In Mount Pleasant, on Shem Creek right across the river from Charleston, where the shrimp boats come in, there's the Wreck, a hole in the wall. It's a reeeal dive. It's a little bit sleazy and a little bit shady, and cheap, but you get shrimp that are right off the boat, either boiled or fried (106 Haddrell St., 843/884-0052, fried shrimp dinner $15).

New Orleans At Acme Oyster House the guys stand at this marble oyster bar, shucking oysters that came out of the water the day before. You drink your beer. (Wine, no way.) The guys are shucking oysters as fast as you can eat them. There's a bit of an honor code about how many you've eaten, which I think is charming. 7204 Iberville St., 504/522-5973, half-dozen oysters $4.

Vermont At the Creamery, in northeastern Vermont, the woman who makes the pies still melts and renders leaf lard--the fat around the kidneys in the pig. It's mild and makes it taste much better than butter crust. They are delicious! There are maple cream and chocolate cream pies--stuff you usually don't see anymore. 46 Hill St., Danville, 802/684-3616, slice of maple cream pie $5.