15 travel movies to get you through quarantine 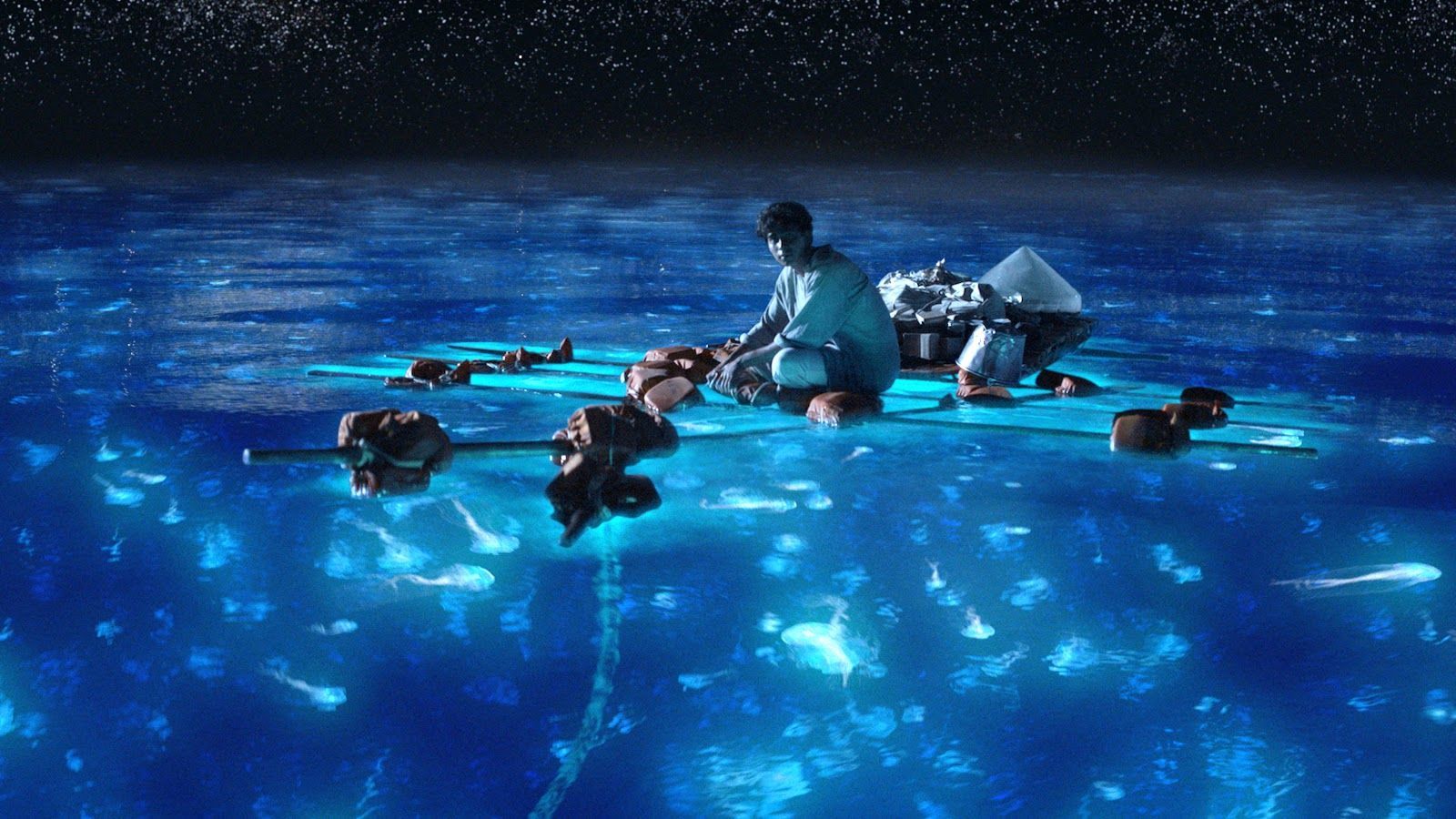 To get through the COVID-19 quarantine crisis, we polled our readers for some of their favorite travel movies. Here is a list of 15 movie recommendations to scratch your travel itch while you're stuck at home:

Liz Gilbert had everything a modern woman is supposed to dream of having -- a husband, a house, a successful career -- yet like so many others, she found herself lost, confused, and searching for what she really wanted in life. Newly divorced and at a crossroads, Gilbert steps out of her comfort zone, risking everything to change her life, embarking on a journey around the world that becomes a quest for self-discovery. In her travels, she discovers the true pleasure of nourishment by eating in Italy; the power of prayer in India, and, finally and unexpectedly, the inner peace and balance of true love in Bali.

Under the Tuscan Sun (Hulu)

Frances Mayes is a 35-year-old San Francisco writer whose perfect life has just taken an unexpected detour. Her recent divorce has left her with terminal writer's block and extremely depressed. Her best friend, Patti, is beginning to think that she might never recover. "Dr. Patti's" prescription: 10 days in Tuscany. It's there, on a whim, that Frances purchases a villa named Bramasole--literally, "something that yearns for the sun." The home needs much restoration, but what better place for a new beginning than the home of the Renaissance? As she flings herself into her new life at the villa in the lush Italian countryside, Frances makes new friends among her neighbors; but in the quiet moments, she is fearful that her ambitions for her new life--and new family--may not be realized, until a chance encounter in Rome throws Frances into the arms of an intriguing Portobello antiques dealer named Marcello. Even as she stumbles forward on her uncertain journey, one thing becomes clear: in life, there are second chances.

Ben Stiller directs and stars in THE SECRET LIFE OF WALTER MITTY, James Thurber's classic story of a day-dreamer who escapes his anonymous life by disappearing into a world of fantasies filled with heroism, romance and action. When his job along with that of his co-worker (Kristen Wiig) are threatened, Walter takes action in the real world embarking on a global journey that turns into an adventure more extraordinary than anything he could have ever imagined.

After making a striking directorial debut with her screen adaptation of The Virgin Suicides, Sofia Coppola offers a story of love and friendship blooming under unlikely circumstances in this comedy drama. Bob Harris (Bill Murray) is a well-known American actor whose career has gone into a tailspin; needing work, he takes a very large fee to appear in a commercial for Japanese whiskey to be shot in Tokyo. Feeling no small degree of culture shock in Japan, Bob spends most of his non-working hours at his hotel, where he meets Charlotte (Scarlett Johansson) at the bar. Twentysomething Charlotte is married to John (Giovanni Ribisi), a successful photographer who is in Tokyo on an assignment, leaving her to while away her time while he works. Beyond their shared bemusement and confusion with the sights and sounds of contemporary Tokyo, Bob and Charlotte share a similar dissatisfaction with their lives; the spark has gone out of Bob's marriage, and he's become disillusioned with his career. Meanwhile, Charlotte is puzzled with how much John has changed in their two years of marriage, while she's been unable to launch a creative career of her own. Bob and Charlotte become fast friends, and as they explore Tokyo, they begin to wonder if their sudden friendship might be growing into something more.

Midnight in Paris (Showtime, rent on Amazon for $3.99)

This is a romantic comedy set in Paris about a family that goes there because of business, and two young people who are engaged to be married in the fall have experiences there that change their lives. It's about a young man's great love for a city, Paris, and the illusion people have that a life different from theirs would be much better.

Freshly graduated from college with a promising future ahead, 22 year-old Christopher McCandless instead walked out of his privileged life and into the wild in search of adventure. What happened to him on the way transformed this young wanderer into an enduring symbol for countless people. Was Christopher McCandless a heroic adventurer or a naïve idealist, a rebellious 1990s Thoreau or another lost American son, a fearless risk-taker or a tragic figure who wrestled with the precarious balance between man and nature? McCandless' quest took him from the wheat fields of South Dakota to a renegade trip down the Colorado River to the non-conformists' refuge of Slab City, California, and beyond. Along the way, he encountered a series of colorful characters at the very edges of American society who shaped his understanding of life and whose lives he, in turn, changed. In the end, he tested himself by heading alone into the wilds of the great North, where everything he had seen and learned and felt came to a head in ways he never could have expected.

Following the death of her husband, Edie (Sheila Hancock) breaks free from years of his control and rebels against her daughter's wish for her to move into assisted living by embarking on an adventure she and her father had always longed for: a trip to the Scottish Highlands to climb the world famous Mt. Suilven. Along the way, she hires young camping shop owner Jonny (Kevin Guthrie) to be her guide. Despite the generational differences, Jonny encourages Edie to fulfill her dream.

Jean-Jacques Annaud (The Name of the Rose, Quest for Fire) directed this Becky Johnston adaptation of Heinrich Harrer. In 1943, an Austrian mountain climber-skier (Brad Pitt) escapes from a British internment camp in India, travels over the Himalayas, arrives in Lhasato, and becomes friends with the Dalai Lama. Filmed in Argentina, Chile, and Canada.

Director Ang Lee creates a groundbreaking movie event about a young man who survives a disaster at sea and is hurtled into an epic journey of adventure and discovery. While cast away, he forms an amazing and unexpected connection with another survivor...a fearsome Bengal tiger.

Sisterhood of the Traveling Pants (Rent on Amazon for $3.99)

When they turn 16, four lifelong friends are upset over the prospect of spending their first summer apart. As they scatter to different locations, their one bond is a cherished pair of jeans they've shared. Each will keep the pants for two weeks of her trip, passing them on to the next girl. Each faces serious coming-of-age problems, and somehow the pants help them through.

The first film in the Vacation comedy franchise stars Chevy Chase as Clark Griswold, an ad exec who becomes consumed with taking his family cross-country to Wally World, a California amusement park. Less a vacation than a descent into a peculiarly American kind of hell, the Griswolds suffer through an endless series of catastrophes, culminating in a run-in with the law.

Up in the air (Amazon Prime, Hulu)

Ryan Bingham, a corporate hatchet man who loves his life on the road, is forced to fight for his job when his company downsizes its travel budget. He is required to spend more time at home just as he is on the cusp of a goal he's worked toward for years: reaching ten million frequent flyer miles and just after he's met the frequent-traveler woman of his dreams.

An exploration of human survival and the ability of fate to alter even the tidiest of lives with one major event, Cast Away tells the story of Chuck Noland (Tom Hanks), a Federal Express engineer who devotes most of his life to his troubleshooting job. His girlfriend Kelly (Helen Hunt) is often neglected by his dedication to work, and his compulsive personality suggests a conflicted man. But on Christmas Eve, Chuck proposes marriage to Kelly right before embarking on a large assignment. On the assignment, a plane crash strands Chuck on a remote island, and his fast-paced life is slowed to a crawl, as he is miles removed from any human contact. Finding solace only in a volleyball that he befriends, Chuck must now learn to endure the emotional and physical stress of his new life, unsure of when he may return to the civilization he knew before. Cast Away reunites star Hanks with director Robert Zemeckis, their first film together since 1994's Oscar-winning Forrest Gump.

Mile, Mile and a Half (Netflix)

Two free spirits, one dog. Traveling the vast spaces of an enormous continent in search of something more. 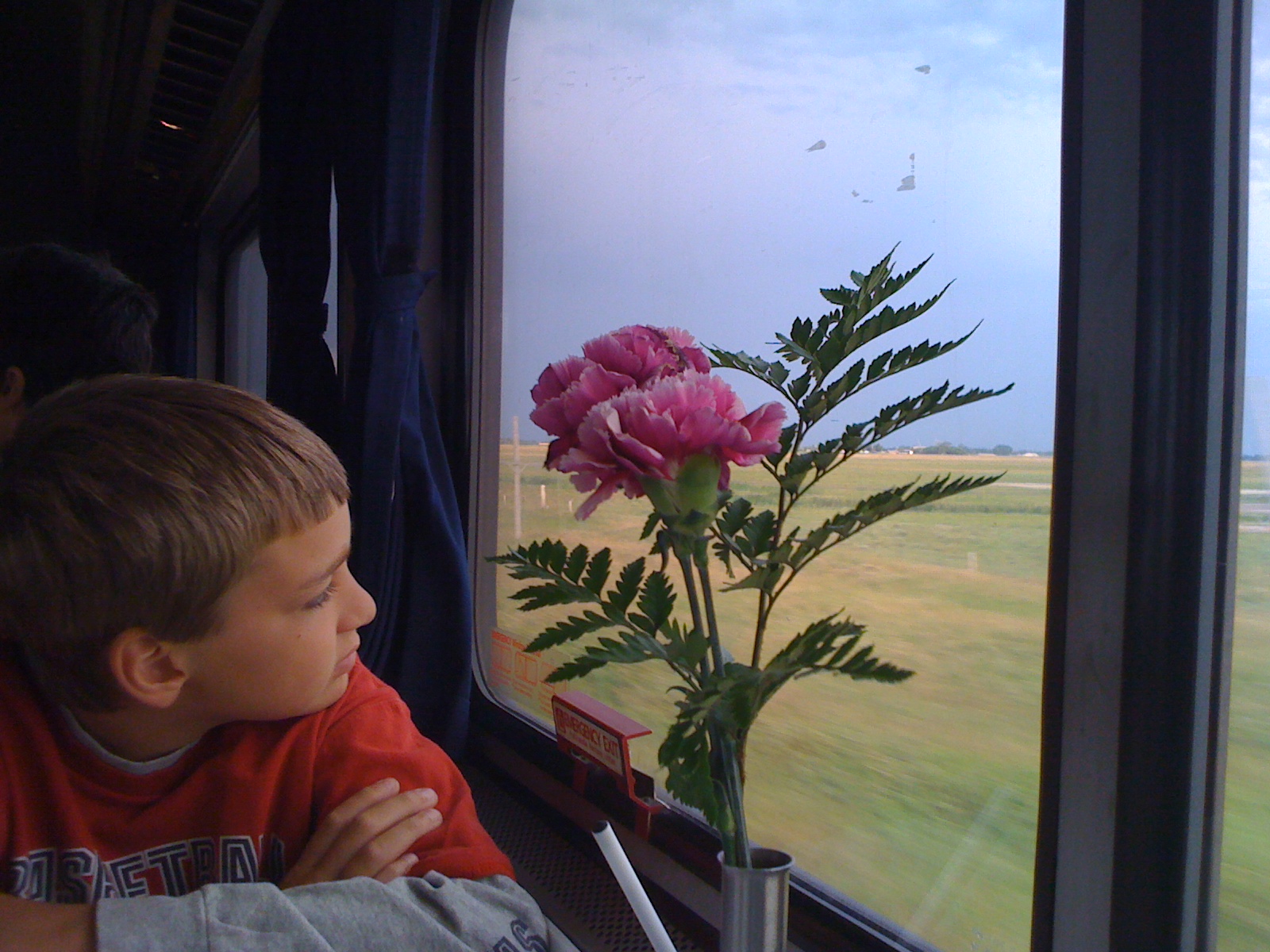 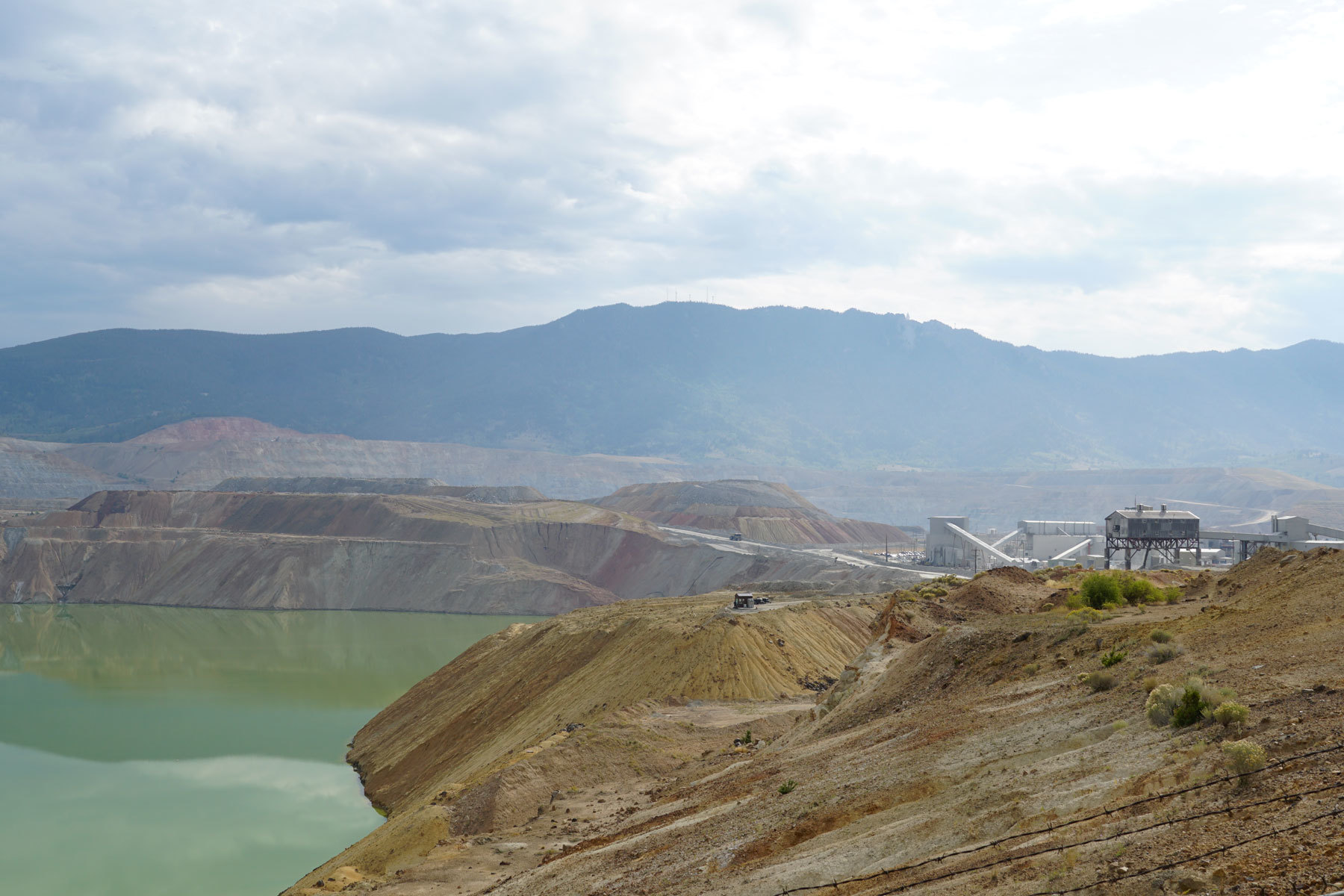 Weird American pit stops: why you need to see this toxic open-pit mine

There’s something remarkably apocalyptic and American about a Superfund toxic waste site that moonlights as a tourist attraction, but that’s exactly what you get from the Berkeley Pit in Butte, Montana. It makes for a fascinating stop on your Montana road trip. The Berkeley Pit was once called “The Richest Hill in the World” for the sheer amount of ore and valuable copper that was mined from it. Now, the Berkeley Pit is a giant hole in the ground filled 1800 feet deep with toxic acid. When the copper mine closed in 1982, rainwater continued to fill the pit, mixing with the heavy metals and minerals found in the rock, and producing an acid so strong that birds die instantly if they happen to land on it, something that has unfortunately happened several times in the history of the pit. The water is an eerie still green color that reflects the sky. At random intervals, loud booms and bangs can be heard from the various technologies installed to keep the birds away. Because the pit contains such a mix of toxic heavy metals, it is a great worry that the pit will ever overflow its boundary into the Columbia River watershed nearby. This would poison Yellowstone and Grand Teton National Parks, as well a river that supports over 8 million people. Needless to say, it would be catastrophic if this were to happen.This is why the Environmental Protection Agency has earmarked hundreds of millions of dollars to clean up the Berkeley Pit. Starting in 2019, a treatment plant located nearby is able to clean 7 million gallons of water a day, removing heavy metals and toxins; lowering the overall water level, and protecting the public. For $2.00 from March to November, tourists can see the Pit from a tourist vantage point, complete with audio narration about the history of the “attraction”. The Berkeley Pit is located in Butte Montana, just off of I-90 and I-15. You can read more about the fascinating history of the Berkeley Pit, as well as ongoing cleanup efforts, here: https://pitwatch.org/ 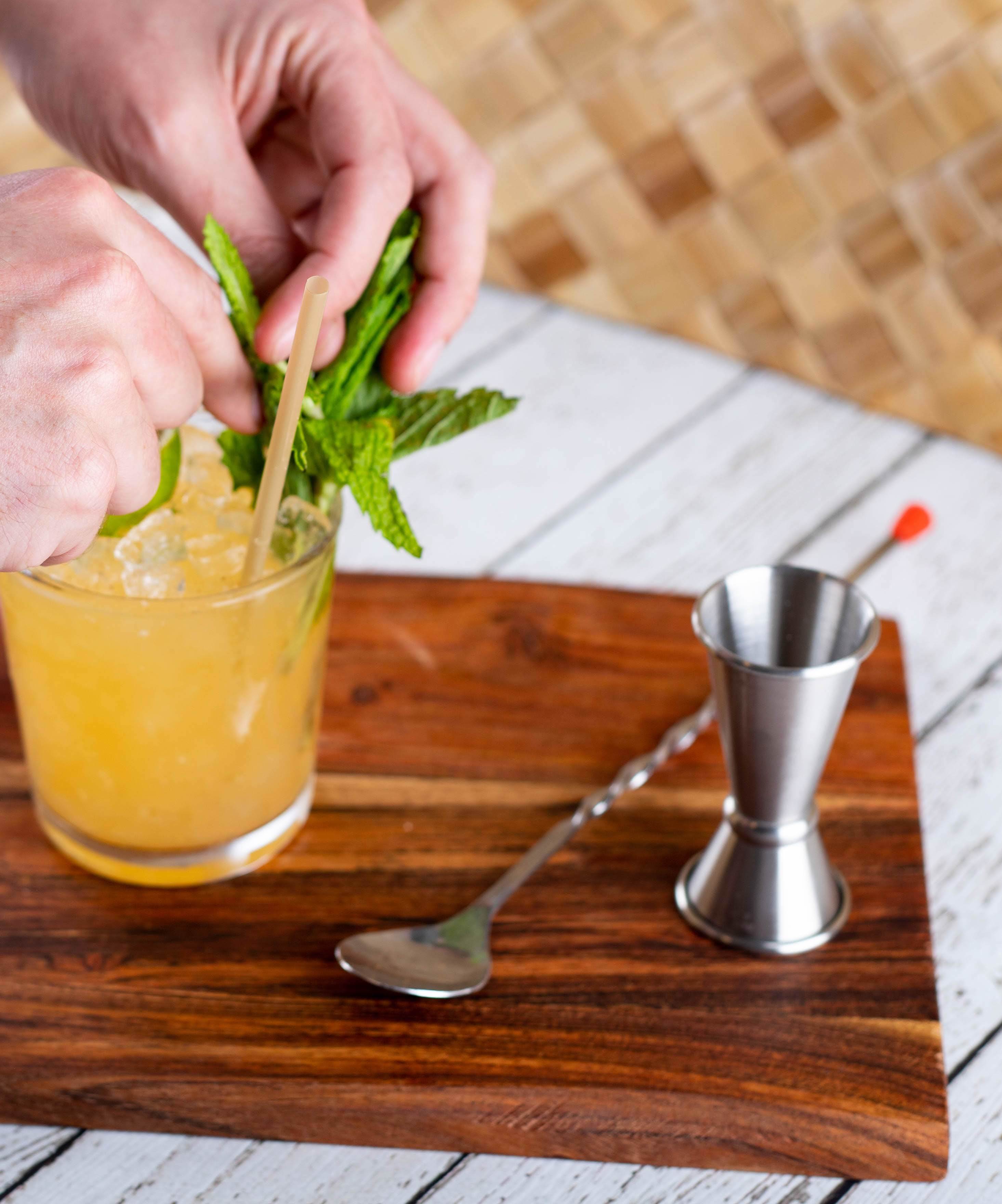 How rum is making at comeback at these 6 distilleries 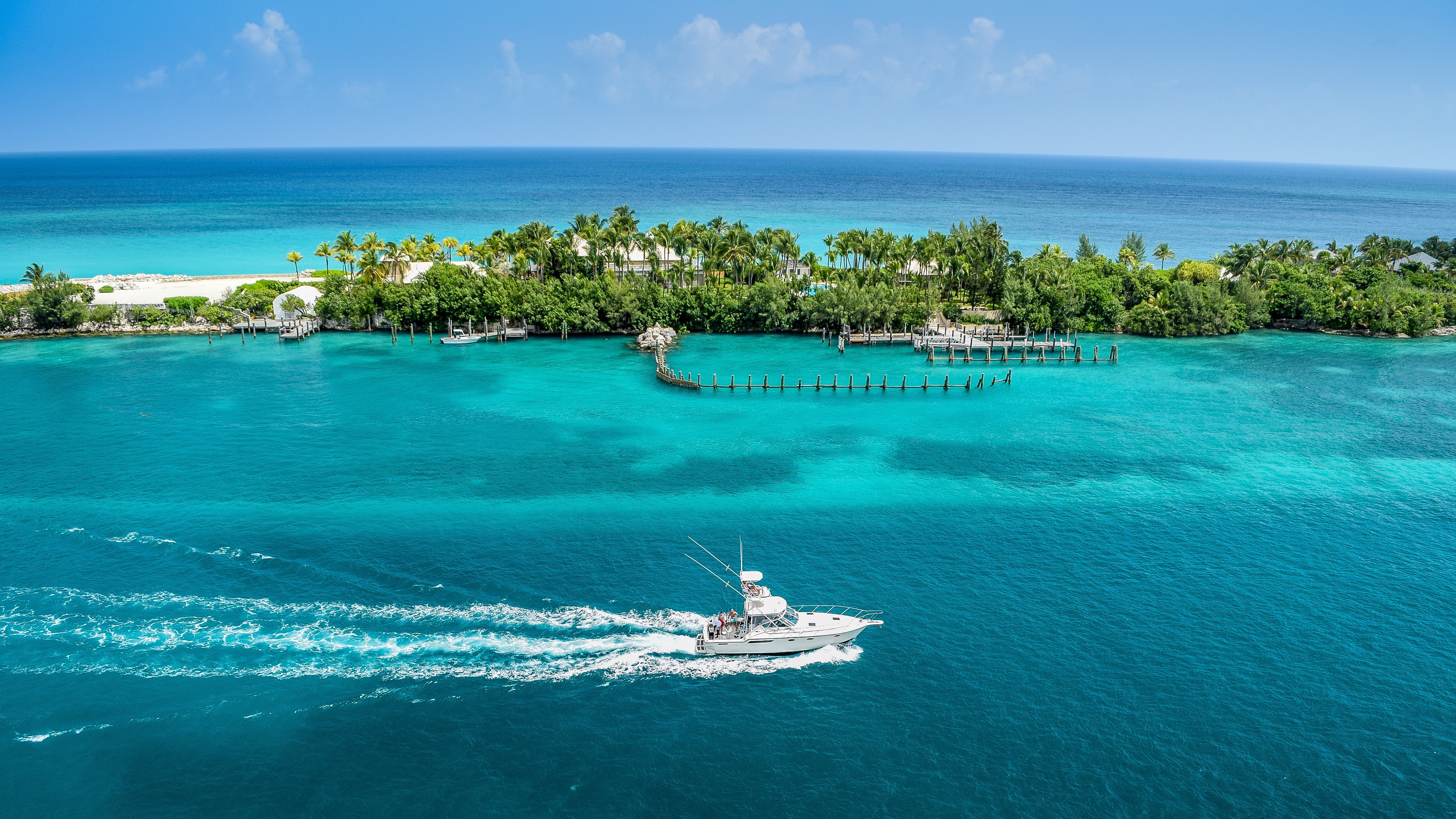 4 reasons why you should travel to the Bahamas this winter