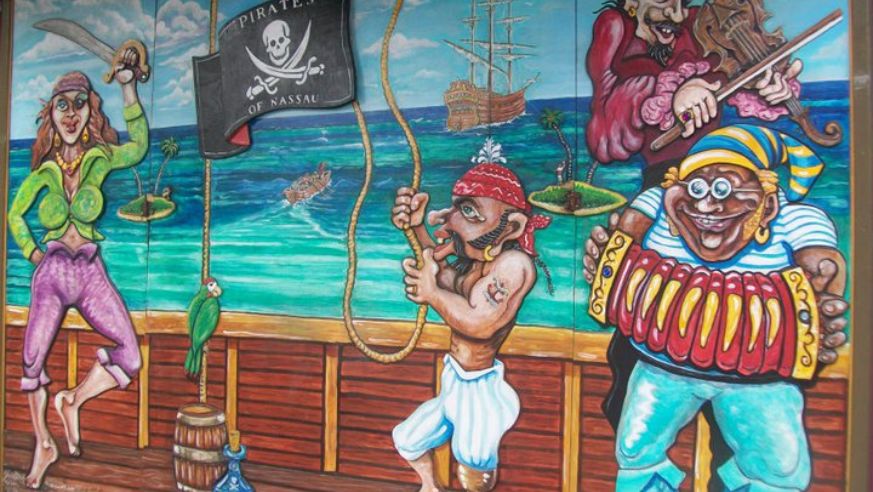 Visit the Pirates of Nassau Museum next time you travel to New Providence Island in the Bahamas.

Have you ever wondered what it was like to sail the seven seas, pillage for gold doublooms and hunt for buried treasure? Pirate lore has captured the imagination of both children and adults for centuries, often a popular subject of literature and film. A number of pirate museums along the east coast of the United States—as well as one in the Bahamas—offer guests a rare opportunity to see the treasures left behind by the real pirates of the Caribbean. Just in time for International Talk Like A Pirate Day (Sept. 19th!), here are three of our favorite pirate museums.

Visitors to New Providence Island in the Bahamas can get an idea of what pirate life was like during the "Golden Age of Piracy" by checking out the Pirates of Nassau Museum, where guests are welcomed by a pirate re-enactor and can view a number of wax figurines depicting what life was like onboard famous ships like Blackbeard's Queen Anne's Revenge. Walk through models of a replica of Blackbeard's ship and a number of old glass bottles, coins and other artifacts left by pirates on Nassau's shores make the trip interesting for pirate lovers and landlubbers alike. As a display in the museum states: "It was said that when a pirate slept he did not dream that he had died and gone to heaven but instead, that he had returned to New Providence." Pirates of Nassau is open from 9 a.m. to 6 p.m. from Monday to Saturday and from 9 a.m. to 12 p.m. on Sunday, with tickets priced at $12 for adults and $6 for children ages 4-17.

Formerly known as The Pirate Soul Museum in Key West, the entire collection was moved to St. Augustine, reopening in December of 2010 as the St. Augustine Pirate and Treasure Museum. Home to one of the largest collections of authentic pirate artifacts in the world, the museum features one of only two original Jolly Roger flags in existence, Captain Thomas Tew's treasure chest, an official journal of Captain Kidd's final voyage, and one of the world's oldest wanted posters from the 1696 search for Captain Henry Every. The museum is open from 10 a.m. to 8 p.m. daily and discounted tickets are available online for $11.99 for adults and $5.99 for children ages 5-12.

Did you know there were pirates as high up as New England? The New England Pirate Museum in Salem, Massachusetts, features exhibits starring Captain Kidd, Blackbeard, Captain Sam Bellamy and other pirates who frequented Boston's gold coast. Visitors can take a 20-30 minute guided tour of authentic pirate artifacts, a pirate ship replica and even troll an 80 ft deep cave for treasure. The museum opens every day at 10 a.m. and the last tour is given at 5 p.m. Tickets are $9 for adults, while children ages 4-13 get in for $7 and seniors over 65 pay $8.

We want to know: Have you ever visited a Pirate Museum in your travels? Tell us about it below!