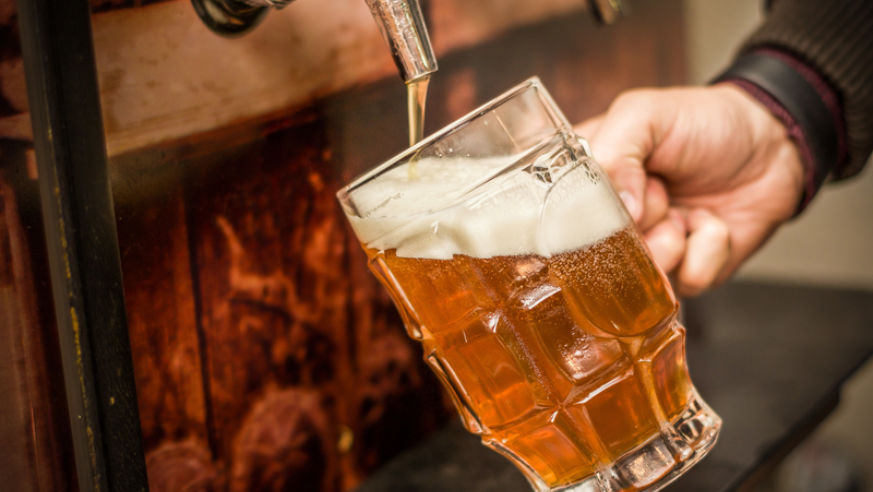 The craft beer revolution has been brewing for years. Throughout the U.S. independent breweries have been opening at an astonishing clip. As of this moment, there are more than 7,000 craft breweries, an exponential growth from the 1,511 that were active in 2007. Big beer has taken notice and started buying smaller operations. AB-InBev, owners of titans like Budweiser and Michelob, purchased Blue Point Brewing on Long Island for $24 million. MillerCoors, which owns the monoliths Miller and Coors, purchased a large stake in popular Terrapin Brewing Company in 2016. Anchor Brewing, the oldest craft brewery, which dates back to the 1890s, was sold to Sapporo, Japan’s fourth-largest beer brand, in 2017. The list goes on.

A study released this month spells out just how much this already huge industry is growing and the economic impact in each state. Using research provided by the Brewers Association, C + R Research crunched the numbers to come up with a detailed map of how much who is producing in which states. The way we see it, the conclusions make an excellent guide for beer-lovers who are hitting the road.

The state with the highest production isn’t where you might think. Sure, California’s coast is lined with breweries and Colorado has been a state that gets lots of attention for its breweries’ often being ahead of trend. Colorado is also the gathering point each fall for the Great American Beer Festival, which draws enthusiasts who come by the thousands to taste from hundreds of American beers. But it’s the quiet, modest state of Vermont that makes more beer per capita than anywhere else. There are 11.5 breweries per capita producing the equivalent of 151.2 pints per drinking-age residentd.

The second-place state might also come as a bit of a surprise, but the land known for Glacier National Park and Yellowstone apparently has plenty of gorgeous landscape for brewers to work their craft. Montana clocks in with 9.6 breweries per capita, a tie with Maine. Oregon and Colorado follow suit 8.5 and 8.4 breweries respectively. Alaska (6.8 breweries per capita), Washington (6.7), and Wyoming (5.7) pull up behind them.

Plenty of Pints All Along Beer Trails

Most breweries around the country have tours and tasting rooms, but it’s always wise to call ahead, as organized tours might take place on particular days or times. Also, when you’re visiting a city, check to see if there are brewery trails of some sort. Denver, Massachusetts, San Diego and plenty of other cities and states have information and maps for self-guided tours, while cities like Anchorage and Asheville offer tours where experts lead you to different venues to meet local brewers and taste their wares.