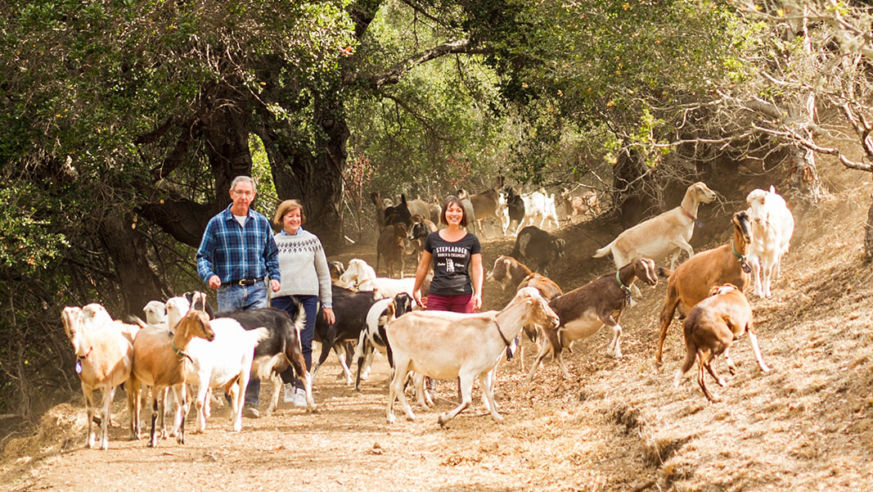 Throughout the Golden State, small-batch food and drinks make for big experiences.

We live in an era practically defined by entrepreneurship, and as we see it, some of the most exciting businesses are popping up in the food-and-beverage sector. While we love going to see where and how some of America's most iconic food brands are produced, we appreciate the personal touches that make independent creators so special, and California in particular is an embarrassment of riches. Here are some of our favorite destination-worthy small-batch producers in the state. 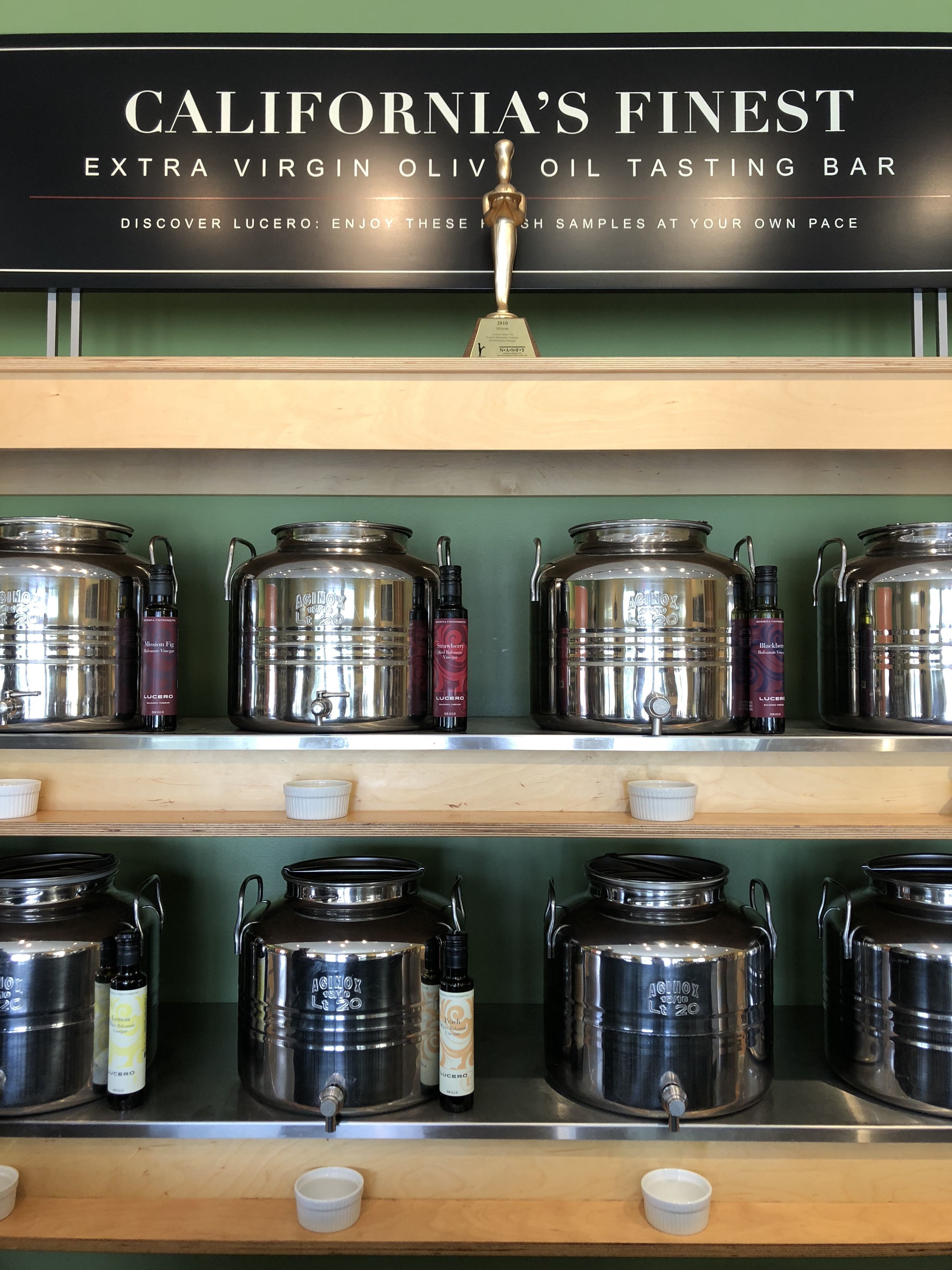 In northern California, a straight shot south of Redding on I-5, you’ll find Corning, a small rural community where olives are the name of the game. The largest table-olive producer and the largest ripe-olive processor in the country, Bell-Carter Foods, is based here, but so is Lucero, a small, highly decorated operation turning out some of the best extra-virgin olive oil this side of the Mediterranean. Stop in for a look at the factory floor, and stay for a tasting and sample the wares (they import and flavor balsamic vinegars from Modena as well, traditional and fruit-flavored). You can choose from a basic introductory tour ($5), held twice daily; an hour-long Explorer Tour ($20; book in advance) that digs deeper into the olive-oil-making process and includes food pairings; and the two-hour Connoisseur Experience ($50; book in advance), which offers a peek at the olive mill as well as extensive pairing options. But no matter which you choose, hit the shop afterwards. With a wall of dispensers providing even more tastes of the merchandise, a selection of olive-wood tableware and accessories, and a plethora of carry-on-size bottles for purchase, you won’t be leaving empty-handed. 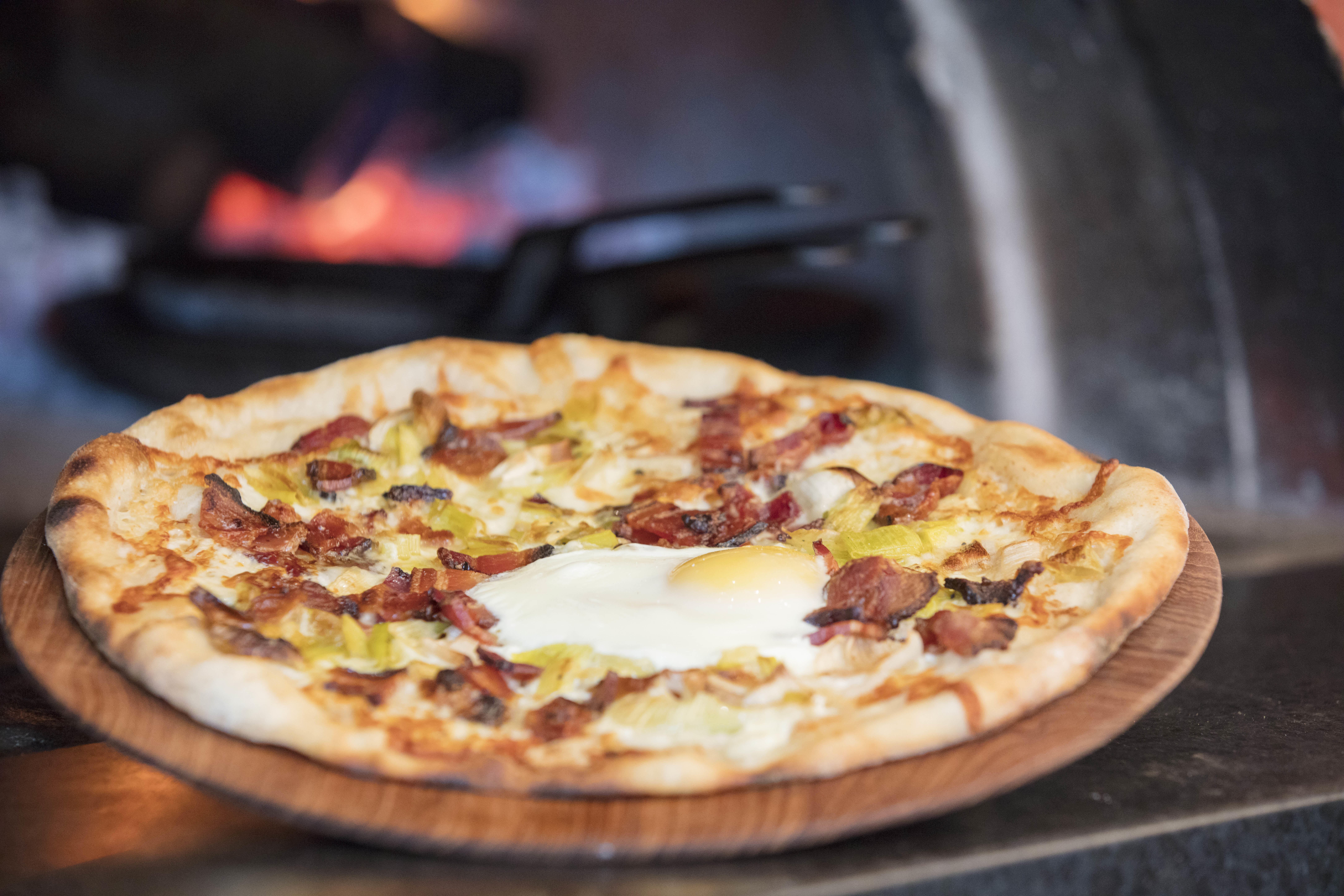 When Sonoma County winemaker Pete Seghesio gave up his vineyard and turned his attention to artisanal salumi, he wasn’t going in with his eyes closed. The grandson of 19th-century Italian immigrants, the meat business was in his blood: A great-grandfather was a butcher, and his father taught him to make fresh sausage and cured meats from the family’s farm-raised hogs at a young age. He got serious about the craft in 2012, spending time in Tuscany training under renowned butcher Dario Cecchini before opening Journeyman Meat Co. five years later. Today, you can buy Seghesio’s masterful finocchiona, soppressata, and chorizo online, but if you’re in the area, the butchery, salumeria, and wine tasting shop in Healdsburg is worth a visit. Set inside a retrofitted post office just north of the town’s main square, it features a rotating menu of wood-fired pizzas, house-made sausages and hot dogs, and, of course, an array of salumi boards, all paired with local Sonoma County wines.

Since 1957, the La Zamorana Candy Company has been turning out traditional Mexican candy using generations-old recipes in a small kitchen in East L.A. The family-owned-and-run business is known for its tarugos (sugar-coated tamarind-pulp candies), cocadas horneadas (baked macaroon-like coconut candies), milk fudge, and more. The candy is sold in Latin markets throughout the area, but to get a glimpse at traditional Mexican candy-making methods, visit the factory, which doubles as a shrine to old-time confectionery and clever modern-day resourcefulness. (A hand-operated slicer, for instance, was built with steel guitar strings that serve as blades.) Stop by and watch the magic happen. 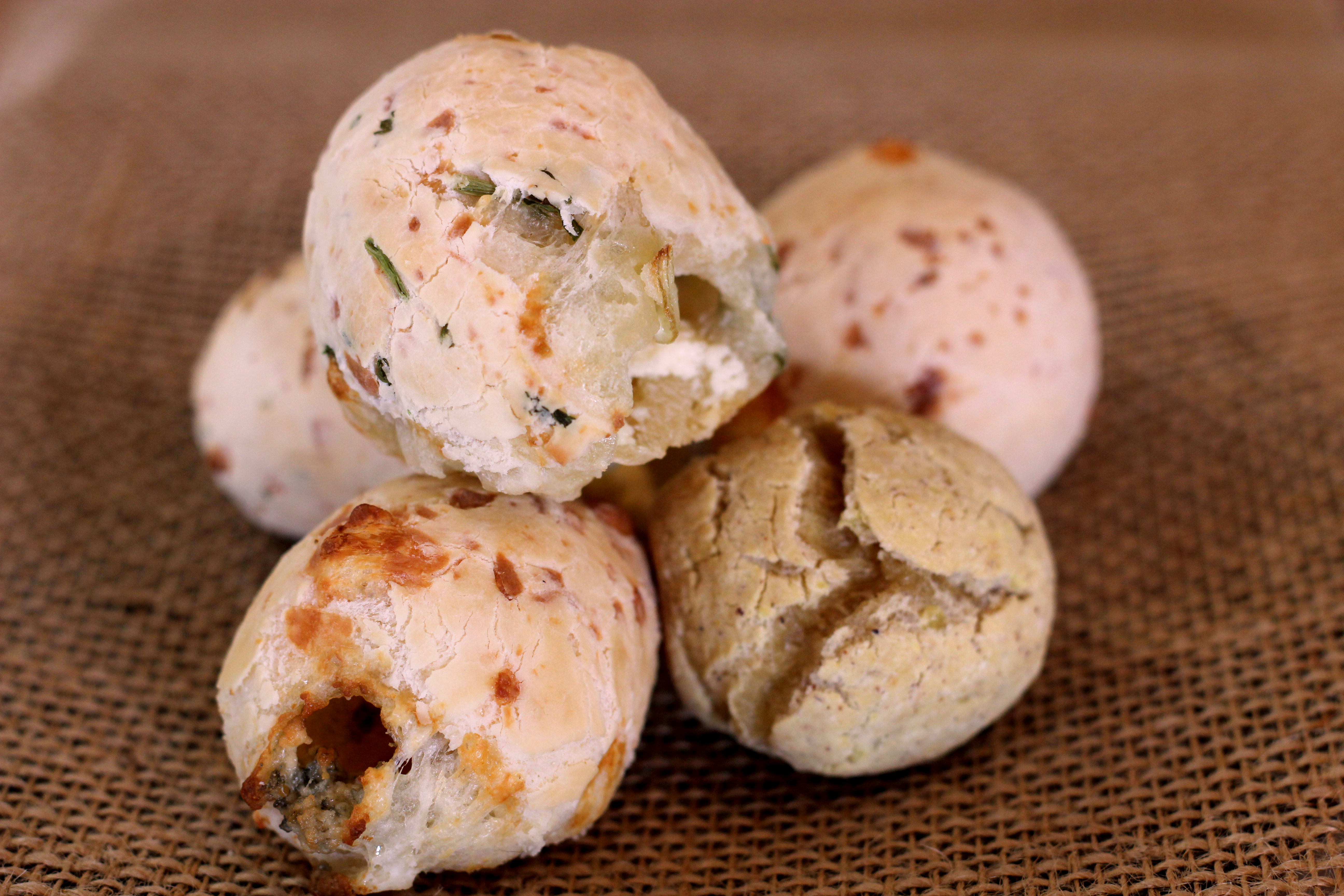 When John Goyert and Juliana Okada moved from Brazil to San Francisco a few years ago, they brought something delicious with them: a recipe for pão de queijo, that cheesy, chewy popover that could unofficially be considered the country’s national snack. The husband-and-wife team set up shop in the Outer Sunset neighborhood and opened their tiny cafe in 2017. In addition to stand-out pão de queijo in varieties both traditional (Parmesan) and non (guava), they serve a stellar selection of empanadas, green juices, coffee, and tea. Order a drink and watch them work while you wait; the production table and bread warmer are visible from the register, and the owners welcome the chance to talk about their craft. You’ll get a complimentary pão de queijo with your coffee, tea, or hot chocolate, but they’re also available to purchase individually or by the bag, frozen, to take away and bake yourself.

What began as two carnivorous friends’ Kickstarter campaign in 2013 has become a San Diego go-to for meats and a variety of gourmet provisions, primarily locally made food like jerky, mustard, and pickles and dairy items like cheese and butter. Since it opened in 2015, The Heart & Trotter has specialized in antibiotic- and hormone-free local meats and eggs. It’s a whole-animal butchery, so expect to find house-made sausages, paté, and rillettes alongside unconventional cuts (to wit, bavette, which is close to a hanger steak in terms of where it sits on the animal’s body, but less pricey). For lessons in how to put nose-to-tail practices into play, they offer demos and classes. Or just stop by for a generously stacked sandwich or charcuterie plate. Pro tip: the meat arrives from local farms in the morning, so if you get there early enough, you can catch the butchering in action. 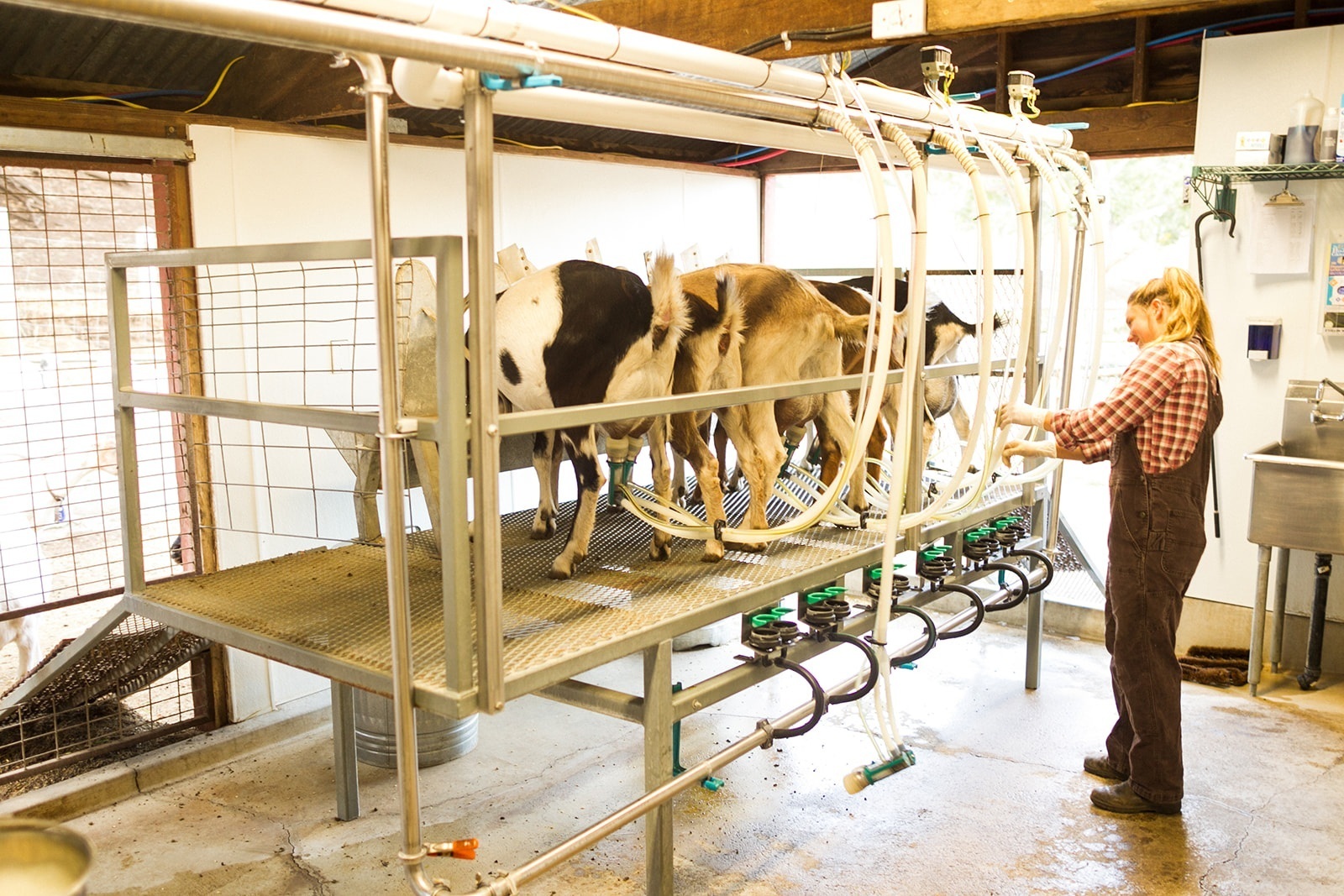 There are so many cheesemakers in California that it’d be impossible to pick just one—and luckily, you don’t have to. Discover the state’s dairy delights with the California Cheese Trail (cheesetrail.org), a self-guided tour created by Petaluma resident Vivien Straus, a cheese enthusiast who co-owns and manages a family dairy in Marshall. Choose from a suggested itinerary, or create your own, selecting a region and hitting the locations that are open for tours and tastings. In Marin County, Straus recommends Ramini Mozzarella (raminimozzarella.com), one of the only water-buffalo dairies in the country. The mozz is the draw, but animal-loving visitors can also get hands-on with the livestock: Water buffaloes, as it turns out, love to be groomed. “They literally curl their tails when brushed, then collapse in ecstasy,” Straus says. “It’s such a bizarre thing to see. Quite unique.” Further south, in Cambria on the Central Coast, Stepladder Creamery (stepladdercreamery.com) keeps a herd of LaMancha goats for its small-scale cheeses, alongside heritage pigs, black Angus cattle, and rows of Hass avocado trees on a third-generation family ranch. The creamery is open for tours by appointment, and not only are the cheeses available for purchase, you can also take home the farm’s honey, beef, pork, and avocados. “Delicious cheese!” says Straus. 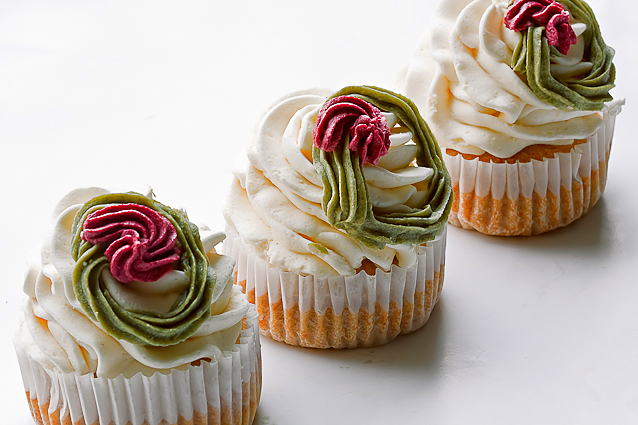 Canine travel companions deserve special treats, too! Established in 1998, dog bakery Le Marcel makes everything on its shelves from scratch—think pastries like “pupcakes” and “terrier-misu” and cookies shaped like cats and fetching sticks. If they've been especially good puppers, order ahead for a peanut butter special-occasion cake, and pick up a bag or two of packaged treats ("muttaroons," anyone?) for the road while you’re at it. Go ahead, throw that dog a bone. 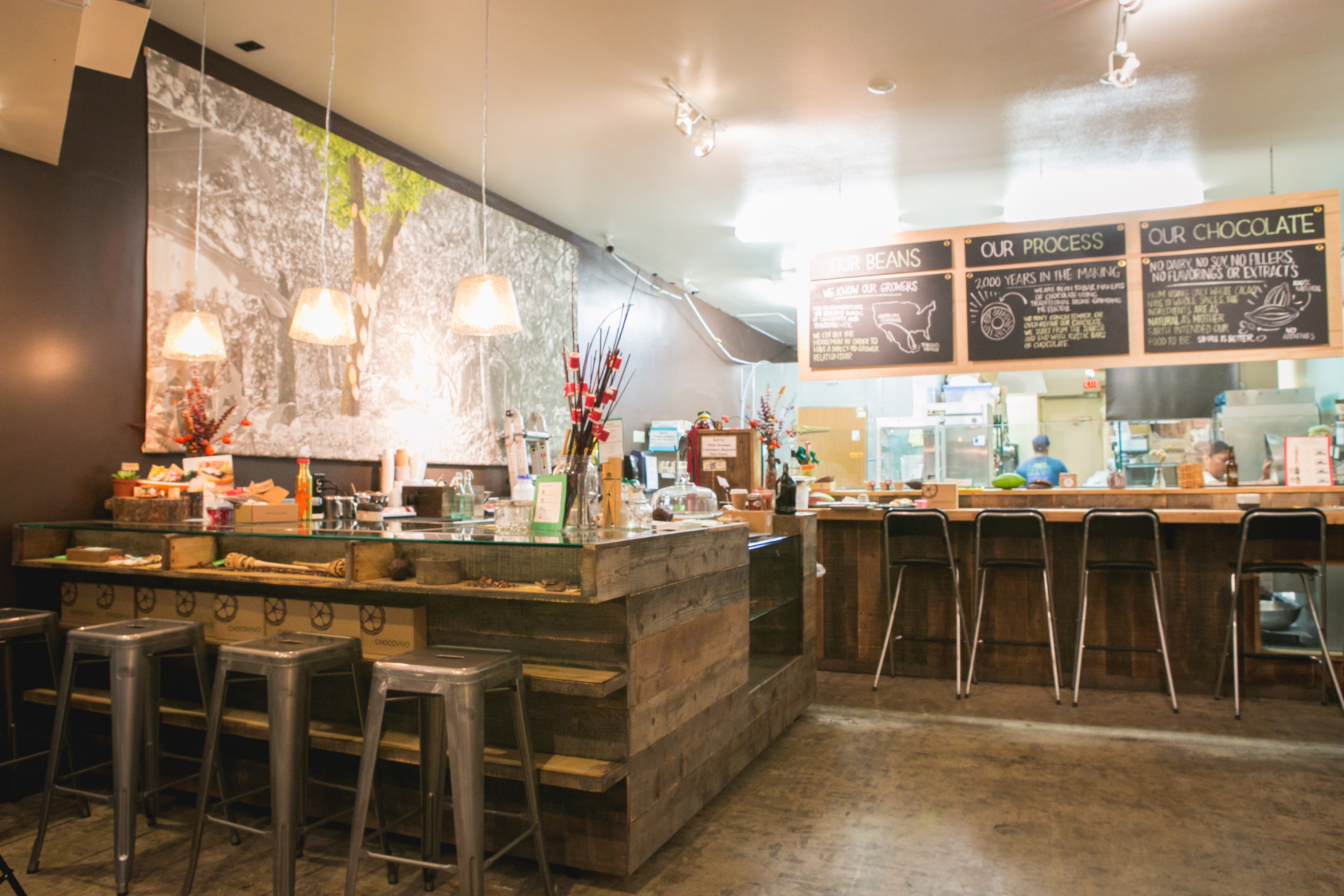 “Farm to table” and “grape to glass” have become part of the lingua franca for restaurants, food producers, and curious diners. Now “bean to bar” is becoming a more recognized term when it comes to chocolate-making. Choco Vivo, an airy, rustic-chic café with communal tables, features a chocolate-making facility specializing in bean-to-bar items, offering only dark-chocolate bars (no milk powder, soy lecithin, or any other additives or preservatives) and other simply made treats. Owner and chocolatier Patricia Tsai sources her beans directly from a particular grower in Mexico and roasts and stone-grinds them on an ancient Aztec stone grinder. At the shop, she sells chocolate sauce and hot-chocolate mix alongside her popular single-origin and blended chocolate bars. In 2014, she added hair and skin products to the lineup. There’s a calendar of events like chocolate tastings and tutorials in pairing chocolate with spirits or wine, so if you're in search of an education, options here are a sweet choice.

Before Peet’s Coffee and Starbucks, and long before “third wave coffee” was a thing, there was Henry’s House of Coffee, a San Francisco institution. Since the 1960s, Henry Kalebjian, son of an Armenian immigrant who now runs the business with his son Hrag, has been micro-roasting mindfully sourced beans in what can now be considered a vintage twelve-kilogram San Franciscan brand roaster as patrons look on. As legend has it, sight and touch are his main means of measuring, which is little surprise considering he's been in the biz since childhood. Henry, the story goes, learned the craft from his father on old-world equipment that required tending a fire and hand-cranking a drum. Today, regulars are legion, visiting the shop as much to say hi to the Kalebjians as they do for the coffee—though, needless to say, tourists always get a warm welcome too. The space, which includes something of a gallery of artisanal provisions and coffee-making gizmos and cups, blends modern elements (blond wood accents, a sleek seating area, cold brew) with old world accents (that majestic roasting equipment, Henry himself.) Order a strong cup of their Armenian-style coffee, and you'll feel like a regular in no time.