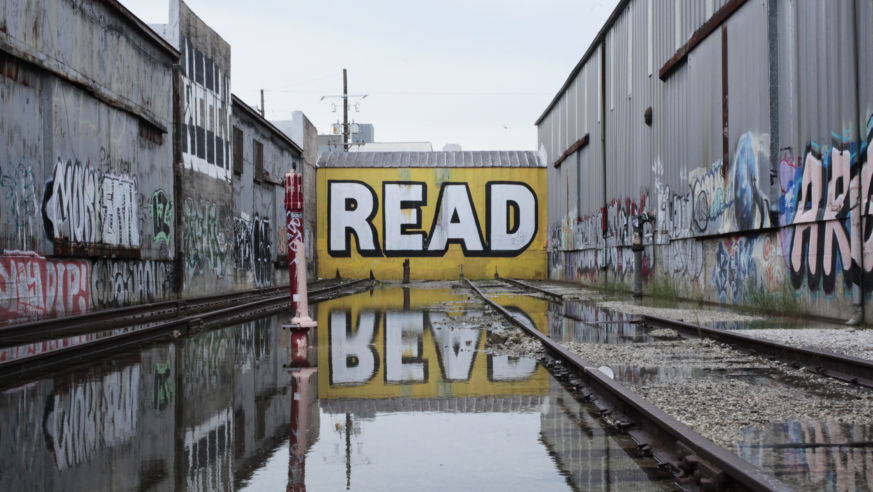 The medium is the message between the Faubourg Marigny and Bywater districts in New Orleans.

Swinging low from Baton Rouge to N'awlins and back up again to Slidell via I-10, Whitney found herself deep in southern Louisiana, where the pace is slow, the food is sinfully indulgent, and Lake Charles–born singer-songwriter Lucinda Williams's album Car Wheels on a Gravel Road can almost function as a road map in itself.

If you've been to NOLA, you're probably no stranger to Cafe Du Monde's confectioner's sugar–dusted beignets. But we've got a new little-known pastry haven to put on your itinerary: On the advice of a photographer couple, Whitney coasted north, toward Lake Ponchartrain, to Morning Call Coffee Stand, which serves beignets off the beaten track (a.k.a. no long lines of tourists waiting patiently to shake their bags of doughnuts and/or steal your table). After Whitney placed her order, three beignets appeared on a white plate, plump and golden, a sugar shaker at the ready. After giving them a good powdery coat, she bit into the first one. Bliss. Sugar State bliss.

Terrifically convenient for a post-breakfast stroll, this outpost of Morning Call is located in City Park, a stretch of nature where seas of purple and orange wildflowers paint the ground—a veritable rainbow resting beneath the trees. Think of the blooms as New Orleans's version of D.C.'s cherry blossoms. Totally worth the trip.

The French Quarter, particularly Magazine Street, is a classic stop, and Whitney spent time there snapping shots of the iconic architecture. East of the French Quarter, though, she discovered the Faubourg Marigny neighborhood—Frenchmen Street in particular, a multi-block avenue with smaller blocks jutting out of it. One could say the Faubourg Marigny and Bywater 'hoods are the "new" French Quarter: edgier areas with street art (like the mural above) and gobs of live music. As Whitney walked, a lonely country boy crooned on one side of the street, a jazz singer played the piano on the other, and a singer-songwriter with two guitars appeared later down the road. It was, she says, like changing the radio station every 10 steps.

Whitney couldn't leave the south without having a po'boy, and she got her chance in Fairhope, Alabama, at Down by the Bay Cafe, a family-run restaurant that Whitney chose partially out of nostalgia for the classic children's song. (Sure enough, that's what it was named after.) She ordered up a half-catfish, half-shrimp po'boy, "dressed," as one must specify in the south, with lettuce, tomato, and sauce (at Down by the Bay, it's tartar sauce, but other establishments differ). Whitney ate every piece of it. On clear days, you can see the Mobile, Alabama, skyline from the restaurant. After you eat your po'boy, walk down to North Beach Park for a stroll. Admire the ducks while you're there.

Whitney continued heading east on I-10 and sought some advice from the front-desk attendant (and Florida State University student) at her hotel in Tallahassee, who gamely agreed to share her secret retreat with BT: While driving on I-10, take Route 27 about two and a half miles south, through suburban Tallahassee. Before you know it, Lake Ella will appear on your left. Grab a cup of joe at Black Dog Cafe and take a seat next to the water. It's a mini sanctuary in the city.

Whitney's Travel Tip: Fight the urge to rely solely on internet reviews to determine what's good. Instead, ask the locals. Without their in-person advice, Whitney never would have found those mouth-watering beignets in New Orleans or a hidden lake in Tallahassee.