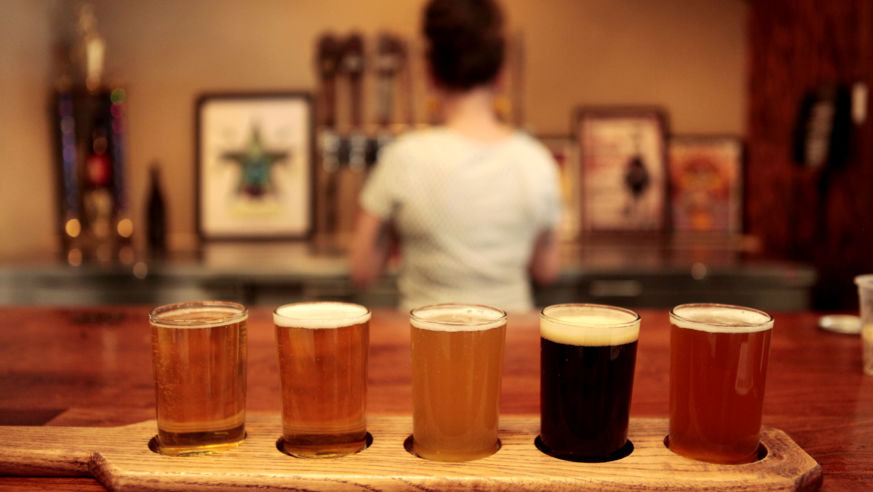 When we last left our road-tripping heroine, Whitney had blazed through Arizona on her coast-to-coast journey, watching the seaside landscape in San Diego flatten into the Algodones Dunes and then taking the first sip of her new favorite drink: kombucha on tap—literally, probiotics on tap!—at "plant-based" (a.k.a. organic, locally sourced, and vegan-friendly) Food for Ascension Café in Tuscon.

After laying eyes on the unmistakable silhouette of the desert's Picacho Peak, it was on to Las Cruces, New Mexico, via I-10—specifically the town of Mesilla, where Whitney spent most of her time. She'd gotten word that the restaurant La Posta de Mesilla dishes out the "best green chiles in town," so she pulled up a chair next to a group of friendly folks who recommended she take Route 28 to El Paso next. Reason being: It runs south through a string of pecan farms, with pecan trees reaching out from either side of the road to form a natural leafy archway that continues for miles and miles.

After brushing up against the Mexican border in West Texas, once Whitney hit El Paso, it was time for a caffeine-drenched pit stop: fresh french-pressed coffee from Craft & Social. About three hours southeast of El Paso, the artsy celebrity haunt Marfa, Texas, appeared like a mirage. Whitney happened upon the famous Food Shark food truck, where cool young hipsters in combat boots, families, and in-the-know seniors alike were grabbing Mediterranean eats like falafel sandwiches ("Marfalafels") and lamb kebabs, among other Greek fare and, of course, tacos. (Beyoncé is reportedly a fan.) Less than a half hour east, in Alpine, Texas, Big Bend Brewing Co. is a choice place to grab a flight of local craft beers. Whitney admired the deep-amber-hued pints from a photographer's perspective, but she didn't imbibe. Maybe next time, when she's in the passenger's seat instead.

Whitney's Travel Tip: Almost every gallery—or any other establishment, for that matter—looks desolate and closed in Marfa. Don’t be fooled! Check ahead and stick around to find the right entrance; most spots are open 10 a.m. to 6 p.m., depending on the day.

Next stop: Crossing Texas, then sampling sweets in the Sugar State