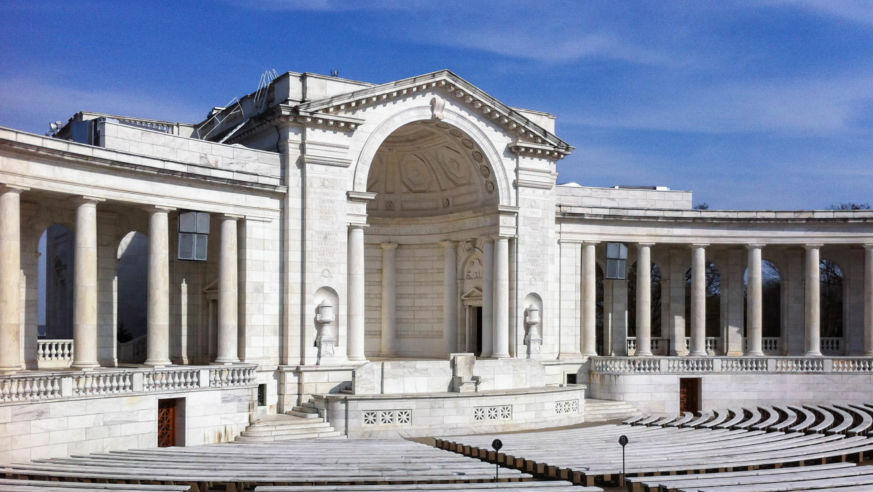 We talk to the Grave Trippers, two brothers who are turning their passion for beautiful, forgotten resting grounds into a new kind of tourism.

Vincent and Robert Gardino have always been history buffs. Brothers and native New Yorkers, the two love reading about past events and following current events with an eye toward the historical perspective, and they’re both avid autograph collectors. But it wasn’t until a trip to Arlington National Cemetery that they discovered what may very well be their true calling: a form of tourism they like to call grave-tripping.

Equal parts scavenger hunt and history lesson, the Gardinos’ cemetery visits are a regular part of their travel itinerary. “We look for the interesting stories, the ones that have a little bit of something unknown,” says Vincent. “We also try to make it fun.” To unearth those undiscovered gems, they’ve picked up a few tricks and tips along the way. “Whenever we go to a major city, we go to findagrave.com and see what cemeteries are there and who's buried there,” he says. “It’s the best way to navigate. The site shows you a picture of the crypt as well as its location, and the photo is helpful when you’re looking for people. If you have an idea of what the crypt or tombstone looks like, you find it a little quicker.” That was a lesson he learned the hard way during a trip to Paris, when he and his late wife spent 45 minutes wandering Père Lachaise cemetery in search of actress Sarah Bernhardt’s grave to no avail, and he’s still kicking himself for it. “Jim Morrison’s grave is easy to find—you just follow the people,” Vincent laughs. “But even with a map, I still couldn’t find Sarah Bernhardt.”

Now, the Gardinos are aiming to bring their passion for history and storytelling to the masses: They’re currently writing a Grave Trippers book for Temple University Press for publication next year and  looking to create a Grave Trippers show for public television, searching for sponsors to cover the million-dollar cost of the first 13 episodes. The book release and the premiere might both be a ways off, but while we wait, they’ve offered to share five of their favorite burial grounds with Budget Travel, plus three they’re eager to visit. After all, Vincent says, “there's always an adventure.”

REMEMBERING THE FALLEN AT ARLINGTON

Robert: My favorite is Arlington. Back in the mid ‘90s, we made our first trip to Washington, D.C., together, and part of our planned itinerary was to visit Arlington National Cemetery and see President John F. Kennedy’s grave. We had distinct memories of watching the funeral on television when we were very very young. Arlington as a cemetery is such a spectacle. It's a somber place, but it's beautifully maintained, and it reflects the devotion of a country to its fallen service men and women, and we were very much impressed by that. There are so many other notables in Arlington: Another president, William Howard Taft, the boxing champion Joe Louis, the Academy Award-winning actor Lee Marvin, Audie Murphy, who became an actor but is the most decorated veteran of World War II.

Vincent: Louis and Marvin, they're buried side by side. Louis has this elaborate tombstone, and then Marvin has the regular G.I. Joe one, the small one that you'd expect to see. There are over 300 Congressional Medal of Honor recipients in Arlington, and when you're a Congressional Medal of Honor recipient, your headstone has gold leaf. Audie Murphy does not have any gold leaf. None. And he was probably the most decorated soldier in history of the Army—this guy won like every award known to the Army—but the family requested that there was no gold leaf, that he just wanted it to be a regular stone.

Here's another one for you. Admiral Peary is generally credited with discovering the North Pole. Well, his right-hand man was Matthew Henson, who was African American. He went with Admiral Peary on all of his expeditions—they were a team for 25 years, and when they discovered the North Pole, Admiral Peary gave Matthew Henson joint credit. So fast-forward a little bit: Peary dies in 1920 and has a very impressive monument [in Arlington], and Henson lives until 1955 and is buried in Woodlawn Cemetery. And then by executive order of President Ronald Reagan in 1988, he was exhumed, along with his wife, and buried right in front of Admiral Peary in Arlington. And now he’s got a very, very impressive monument too.

Robert: We were so impressed with Arlington and visiting the graves of those famous people that that's what got us hooked on visiting other cemeteries, and this is how we became what we call Grave Trippers.

STARS AT YOUR FEET IN LOS ANGELES

Vincent: Westwood Memorial Park is a very small cemetery, believe it or not, in the middle of L.A., right off of Wilshire Boulevard in between—are you ready for this?—skyscrapers. It’s teeny-weeny, but per foot, there are more celebrities buried there: The most famous resident, obviously is Marilyn Monroe, and she just got a neighbor, Hugh Hefner, who bought the crypt right next to her. But there’s tons of people there: George C. Scott, Natalie Wood, Dean Martin, Jack Lemmon, Farrah Fawcett, Merv Griffin, Walter Matthau, Donna Reed...it goes on and on and on. You could just spend two or three hours and literally run into people buried there because it's so small. It's just a fascinating place, and the fact that it's right between two skyscrapers makes it even more fascinating.

A GATHERING OF JAZZ GREATS IN THE BRONX

Vincent: We call it our home away from home.

Robert: It's a beautiful cemetery, very well maintained. That's where the jazz corner is—where the graves of jazz greats such as Duke Ellington, Lionel Hampton, and Miles Davis are.

Vincent: Miles Davis is actually buried above ground—he did not want to go underneath....  They're all buried within feet of each other. It was the first rural cemetery in New York City. In the middle of 19th century, they were actually running out of space in Manhattan, so a group of concerned citizens bought out about 60, 65 acres in the Bronx, and that's how Woodlawn got started. The very first celebrity funeral in New York was Admiral Farragut [Ed. note: of “damn the torpedos” fame]. When he died in 1870, they got him in there, and his funeral cortege was like two miles long. It was headed by then-president Ulysses S. Grant, so they got their money's worth. Other people there are Bat Masterson, the master builder—though some people will debate that—Robert Moses, and Fiorella La Guardia, probably our favorite mayor.

Vincent: Forest Lawn – Glendale is massive. That's the only way to describe it. The difference with Forest Lawn is that they don’t give you directions to graves. Normally when you go to a cemetery, you go to the office and they have maps that'll show you where all the famous people are buried and directions to the sites—and that's also where the fun comes in, ‘cause you always get lost trying to find these people. But Forest Lawn will not tell you where anyone is, and there are a lot of sections that are private and only available by key, so it's an interesting place to navigate. I've been there three times searching for Lon Chaney's crypt, which I can never find, but Elizabeth Taylor is there, Clark Gable, W.C. Fields, Jean Harlow, Jimmy Stewart, L. Frank Baum, to name a few.

Vincent: I think Kensico is probably my favorite because it's incredibly well manicured—just immaculate grounds.... About five or six years ago, I was there with Robert, our close friends, and my late wife, and we go up this hill and I see this impressive above-ground sarcophagus that says Harry Frazee. I’m going, “Oh my god, Harry Frazee!” and everyone's looking at me like I've got five heads on my shoulders. Well, Harry Frazee was the owner of the Boston Red Sox who sold Babe Ruth to the Yankees, and the guy he sold him to, Jacob Ruppert, the owner of the Yankees, was down the hill from him! So they were united. Harry Frazee is not on Kensico’s map of famous folks, but he was an interesting character. Not only did he own the Boston Red Sox, but his primary claim to fame was as a Broadway impresario. His most famous play was No, No Nanette, and he actually built the Cort Theatre on 48th Street in Manhattan. [If you’re curious where Babe Ruth himself is buried, he’s actually just up the road, at Gate of Heaven Cemetery, in Mt. Pleasant, New York.] The other people at Kensico Cemetery are Anne Bancroft, Tommy Dorsey, Billie Burke [Glinda the Good Witch in The Wizard of Oz], Danny Kaye, and David Sarnoff, who, as the head of NBC, really put radio on the map when he went out and got Arturo Toscanini to conduct New York Philharmonic concerts on the air for NBC.

WHERE WILL THE GRAVE TRIPPERS GO NEXT?

Even the Grave Trippers haven’t seen it all. Here’s what’s on their cemetery hit-list:

Not all historical figures are laid to rest in cemeteries, and some of the most noteworthy graves are in unusual places. “Woodrow Wilson is actually buried in the nave of the National Cathedral in Washington, DC,” Vincent says. “General Worth, the person Fort Worth, Texas, is named for, happens to be buried in the middle of the street in Manhattan, on 21st Street and Broadway. He's right at that intersection with a 51-foot-high monument. You can't miss it. In Philadelphia, Benjamin Franklin's grave is right on the street—you don't even have to go in the churchyard. Also in Philadelphia, John Pemberton, a famous Confederate general, is in an obscure part of Laurel Hill cemetery—like, when they put him in, they didn't want people to know they had a guy like him in there. Andrew Carnegie, probably the Bill Gates of his age, has a very simple grave in Sleepy Hollow, New York, and buried around him are his servants, butlers, and maids.”