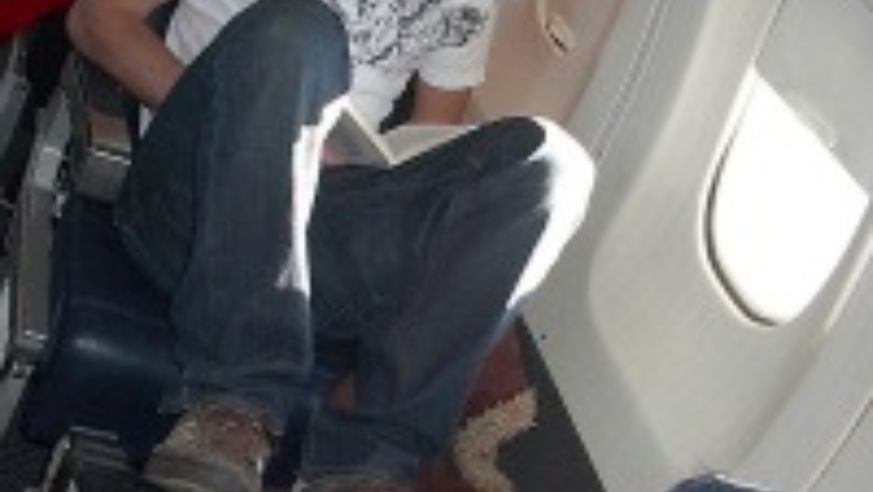 Courtesy BryanAlexander/Flickr
Another solution is be seated in a row where the seatback in front of you has been removed.

How tall is a 6-foot, 9-inch man? Too tall to sit in a coach-class seat on Horizon Air, apparently.

On a mid-March flight between Portland, Ore., and Ontario, Calif., flight attendants removed a 6-foot, 9-inch-tall gentleman from a plane because his legs were blocking the aisle.

To complain, the man's daughter contacted The Consumerist blog.

The airline soon apologized to the passenger. A spokesperson said:

"What should have happened in this scenario is the flight attendants should have asked for passengers seated in an exit or bulkhead row to voluntarily give up their seats to provide the passenger with the much needed leg room he requires. Moving him to a seat with more leg room would have ensured the aisle was clear."

The man says that he had expected his seat assignment would be a problem. He says he contacted Horizon Air in advance of the flight to ask to be reseated. The agent declined to move him to a roomier seat. But it all turned out happy in the end. The airline reimbursed the man with a free future flight.

There have been other incidents like this. The most dramatic one happened in December. Spirit Airlines forced passenger Brooks Anderson to stand for a two-hour flight because his 6' 7" frame was too tall for its seats, according to ABC News. Anderson had also been denied an exit row seat.

Does this mean that tall people ought to have a right to roomy exit row seats?

As you know, most airlines only have a policy of reserving exit row seats for passengers who can help evacuate the plane in an emergency. None we could find has a policy about giving preference to tall passengers.

Or should tall people be expected—as obese ones are—to buy a second seat? They could put one of their legs in the space beside them. (Though I'm not sure this is much of an improvement.)

Sound off in the comments. Or vote in our poll!