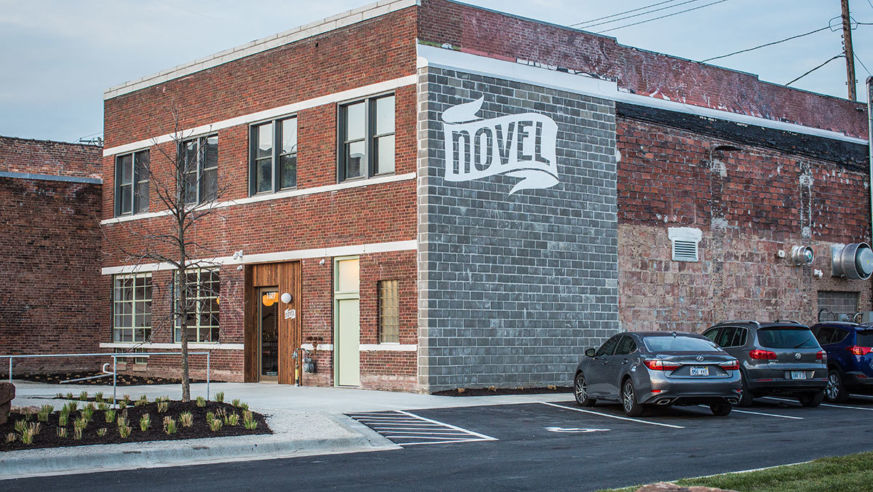 There's no better guide to a city than someone who lives there, so we asked Keely Edgington Williams and her husband, Beau, co-owners of Julep, a popular bar, for their take on culture, food, and drink in the town they call home.

Kansas City's moment is now. Hometown pride has always run strong in this vibrant metropolis—thanks in no small part to the Kansas City Royals and the city's rich jazz legacy. Its day-to-day vibe is slightly different than other Midwestern cities of the same size, because, as home to world headquarters of companies like Hallmark and H&R Block, it keeps a white-collar pace but stays anchored by the relaxed hospitality and friendliness that defines the region. These days, between investments in infrastructure and the unveiling of a new light rail system, Kansas City has become a destination for couples, families, culinary pilgrims, and everyone else. To get the lowdown on all the fun things to do, see, eat, and buy in the Paris of the Plains, we checked in with Keely Edgington Williams and her husband, Beau Williams, who co-own Julep, a bar in the hip Westport neighborhood. With more than 600 bottles of whiskey, the largest selection in the Midwest, the bar is a popular gathering spot, and in addition to their in-depth knowledge of their hometown, Keely and Beau have practically made a career of meeting and hanging out with locals, giving them a serious leg up on the goings-on around town. 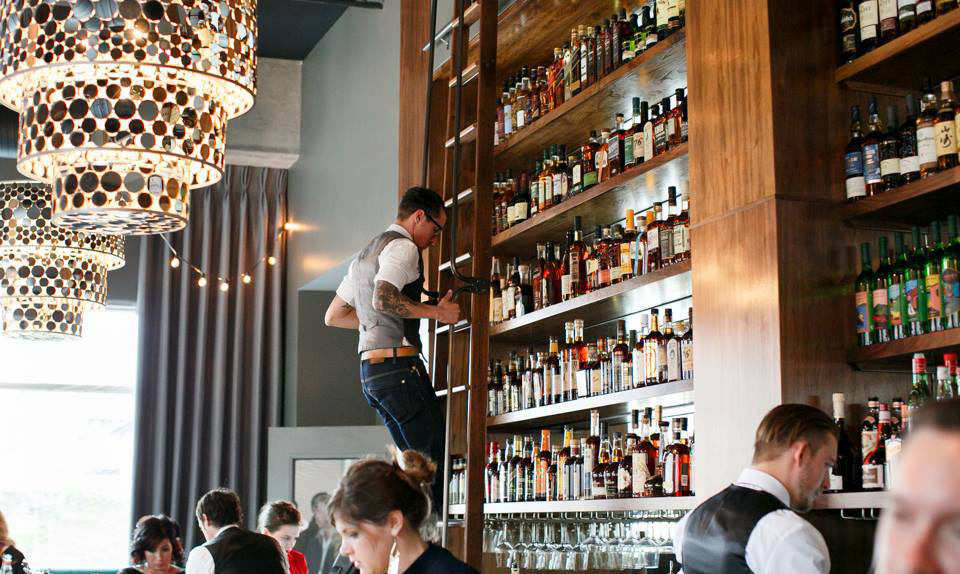 Once there was a time when Kansas City’s main attraction was its barbecue. The meat smokers and grills still run at full blast today, but over the past decade, the city has emerged as a dining destination for its variety of creative chefs, many of whom grew up in the region, went to bigger cities to hone their craft, and returned to open some knock-out restaurants. There are so many exciting options here it makes your head spin. “Nowadays you don’t have to leave the city. A lot of our local chefs had opportunities to learn from the best, like James Beard Award winners," says Beau. "Now they’re coming back and teaching the next generation."

A significant part of Kansas City’s dining boom is in the higher-end realm. (But big-city dwellers, take note: Fine dining in KC doesn’t come with the same price tag as a similar meal in Manhattan or San Francisco.) One of Keely and Beau’s favorites is the Antler Room (theantlerroomkc.com) in the Hospital Hill neighborhood. It’s run by native KC'ers Leslie Goellner, who worked under famed restaurateurs Danny Meyer and Jean-Georges Vongerichten in New York, and her husband Nick, who also proved his mettle at prestigious establishments and completed an internship at the renowned Noma, in Denmark. “They just have a totally different way of thinking about food—you really get the full experience,” says Beau. "And everything is just gorgeous," Keely chimes in. They recommend ordering the Alesbury duck—a half duck sliced and served on bread. “It’s slightly Persian, slightly European—you just can’t put your finger on it,” says Keeley. Beau, meanwhile, calls out the falafel and their imaginative tostada with a Japanese twist.

Novel (novelkc.com) is another shining star in the city’s culinary constellation, with a back-story as charming as the fare. Chef Ryan Brazeal left Kansas City and worked in New York with David Chang of Momofuku fame. When he returned, he married Jessica Brazeal, a pastry chef. (“If she doesn’t win a James Beard award…” Keely says with the tone of a warning.) They opened Novel together in 2015, then moved to a more refined, stylish location in April 2018. If there’s one reason to go there, to hear Keely tell it, it’s the hearty pork toast—a fried slab of shoulder, shredded and served with sour-y pickled items. But according to Beau, it’s the escargot pot pie, or any of the other dishes that blend French and Asian touches. One thing they can agree on: There’s more than one reason to go.

Small as Kansas City may be, there are still secret spots some locals haven't yet uncovered. Take, for instance, Kitty’s Café. “I know people who have driven past it hundreds of times and never knew it existed,” Beau says. Breakfast and burgers are top picks at this no-frills joint, which basically consists of a fryer and a countertop. But the hallmark is the pork tenderloin—a beat-down hunk of tempura meat. Beau insists on going big on the hot sauce, but he also recommends trying it at your own risk. Many who try it quickly become obsessed.

Of course, there’s no point in skipping out on the legendary Kansas City barbecue. If you’re looking to stay away from the lines at marquee-name joints, Woodyard Bar-B-Que (woodyardbbq.com), on the Kansas side of KC, is your best bet. Keely lists its charms: They supply wood for other places’ smokers, there’s an outdoor fire pit, and there’s a separate brick pit where meat is regularly smoked, guaranteeing a full sensory experience. 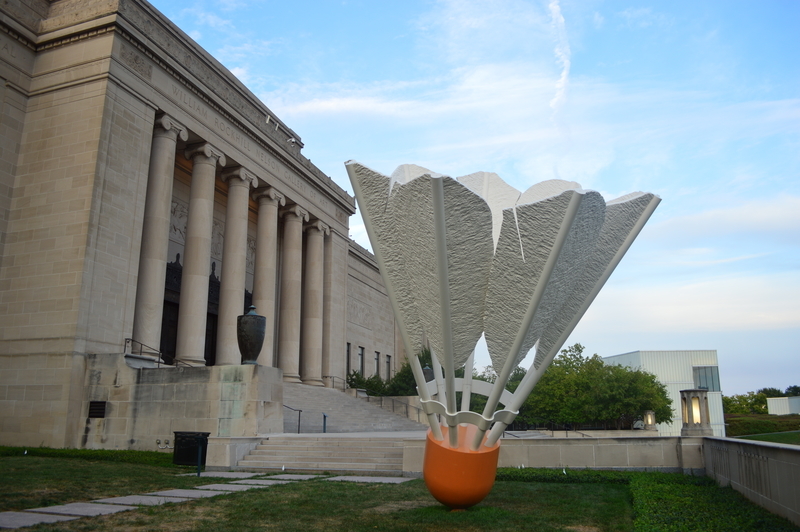 The city's vast parks and green spaces were its claim to fame in the early 1900s. Its boulevards were so grand that they were divided by green spaces. But the landscapes were neglected in the 1970s and 80s, due in part to the city’s white flight. Today, however, the city is investing in beautification projects, and the grassy expanses are just one of the things that make Kansas City so kid-friendly. Keely and Beau have a four-year-old and a two-year-old, and one of their favorite outings is to grab a bucket of fried chicken and gizzards from Go Chicken Go (gochickengo.com) or a packed beef sandwich from Arthur Bryant’s Barbeque (arthurbryantsbbq.com) and stake out territory on the lawn at the Nelson-Atkins Museum of Art, home of the gigantic shuttlecock sculpture, an accidental Kansas City icon. “We just let them run around until they get so tired they pass out,” Keely jokes. But only sort of.

If you want to have a sit-down meal with the little ones, Keely and Beau stand by Vietnam Café (thevietnamcafe.com). Both of their daughters had their first full meals there—noodles and egg rolls. On their regular visits these days, the place is overrun with kids, largely thanks to an owner who makes sure to greet each child.

The Kansas City Zoo is a KC highlight, and if you’re gonna do it, Beau’s pro tip is to dedicate two days. It’s that big. Also, if you’re there in the winter, schedule your visit around one of the penguin parades. A bit more offbeat is the National Museum of Toys and Miniatures (toyandminiaturemuseum.org), which fascinates adults and kids alike. Its Smithsonian-caliber displays of toys from the early 1800s through today includes many nostalgic playthings for any parent. “They have so many old items in amazing condition. It’s absolutely fascinating what each meant to people of the time,” Keely says. And as an added bonus, kids under five get in free. 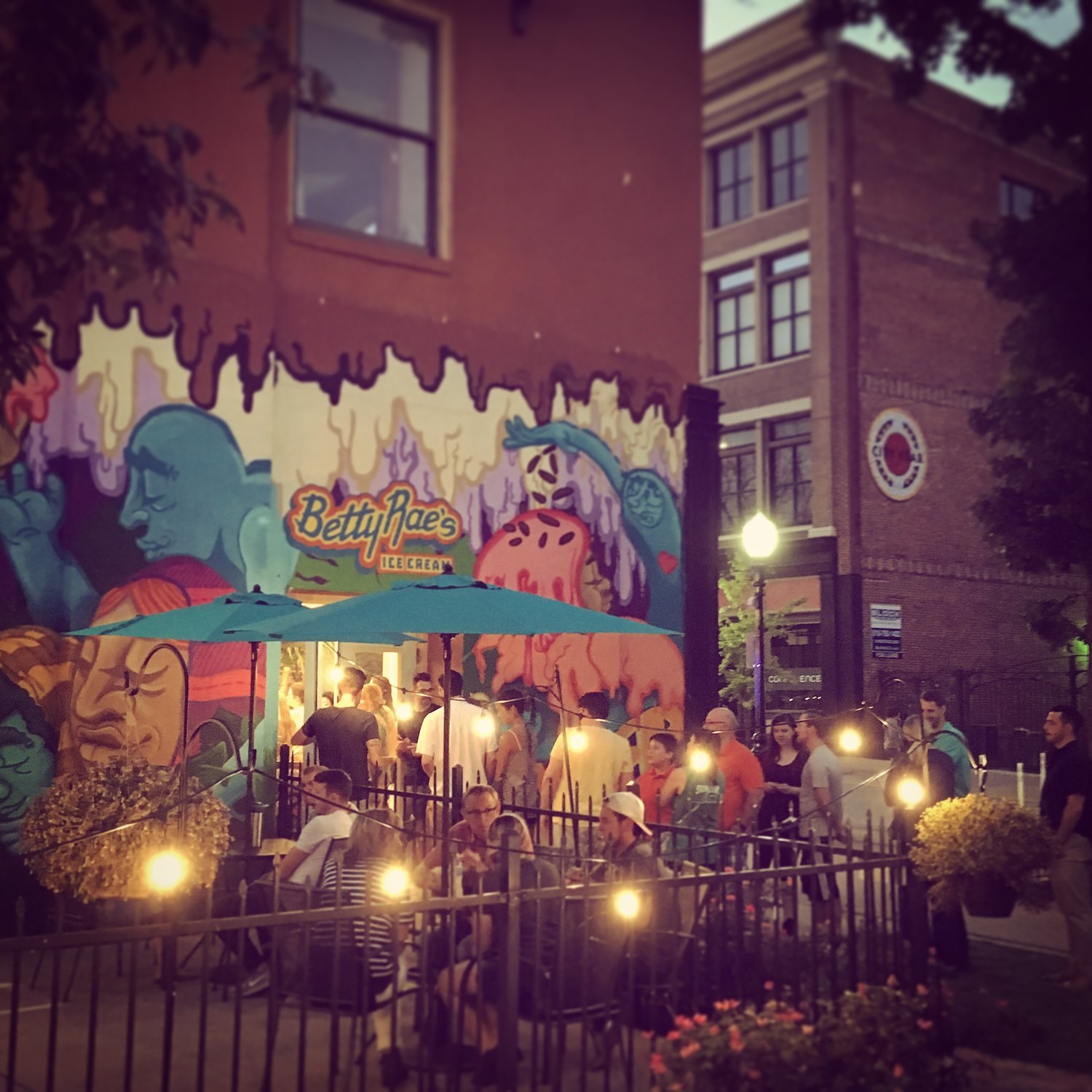 If everyone behaves, wrap up the day with a stop at Betty Rae’s (bettyraes.com) for inventive flavors of housemade ice cream in hand-rolled waffle cones, which Beau describes as crepe-like. Cereal-milk ice cream, anyone?