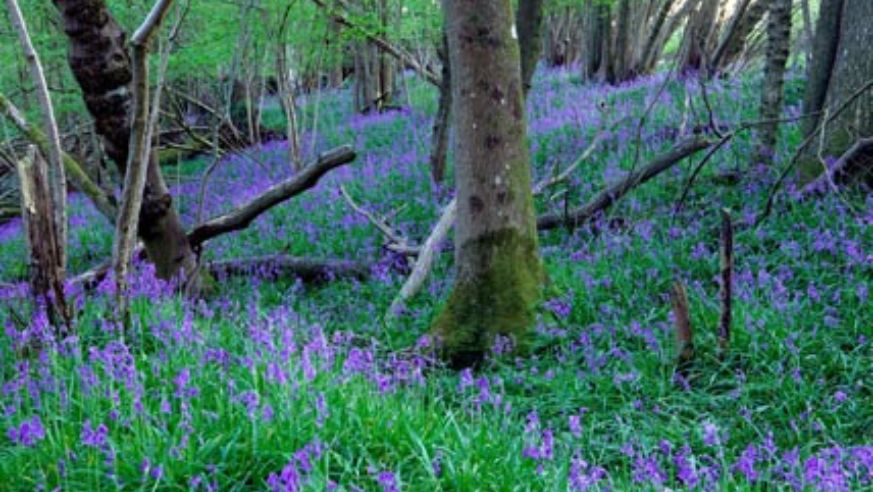 The buds, birds, and butterflies of spring are waking from the harshest winter in a generation. Londoners, too, are waking…etiolated maybe, but all set to enjoy the pleasant April weather. Here are 5 ways to join them in having a good time—without breaking your budget.

England's ancient woodlands are bursting into blue bloom and forest floors are carpeted with hundreds of thousands of wild bluebell flowers. This tiny, brilliant hyacinth is a specialty of southern England. The best place to see the floral display is West Sussex—less than 40 miles south of London. woodlands.co.uk, free.x

The starting gun for the key sporting event of the new season fires at 9 a.m. on April 25, when some 40,000 runners will take to the streets of south London and the city center. The event is one of the World Marathon Majors (a series which also includes Boston, Chicago, New York, and Berlin), meaning that the world's best athletes will be competing alongside thousands of amateurs raising money for myriad charities. Many runners will be dressed in bizarre costumes. See the site for the Virgin London Marathon to find a route map and a table with estimated timings for runner arrivals, gauged by ability. virginlondonmarathon.com, free to watch.

While the Irish, Welsh, and Scots joyfully celebrate their national saints's days, the English have traditionally been more rueful. Celebrations in the capital this year buck that trend, with a host of events on and around Trafalgar Square. These include concerts, English food-tasting (avoid the boiled vegetables and opt for the puddings), cabaret, comedy, and street theater—all free. Plus, a St. George's day Rugby match at the national rugby stadium in Twickenham. visitlondon.com, free to watch.

The Enchanted Palace, through June 2012

First-time visitors to London may think that the capital's only royal palace is the Queen's residence. But Buckingham is merely one of several. Kensington Palace has been a royal residence since William of Orange moved here in 1689, and Queen Anne and George II lived and died here. More recently, the palace was the erstwhile home of Diana Princess of Wales, and in honor of her fashion-conscious spirit, the palace is now staging a phantasmagorical exhibition of quirky British clothing. Exhibits include "a dress of tears" by Aminaka Wilmont, based on the ancient tradition of collecting tears at times of mourning; an installation of hats by milliner Stephen Jones, inspired by 18th-century busts of great philosophers and scientists; a Vivienne Westwood dress inspired by the spirited Princess Charlotte (1796–1817); a soundscape of ticking and chiming clocks by Boudicca, accompanied by "dresses the colour of time" circling the room; and an origami dress by William Tempest, which appears to vanish into its surroundings. hrp.org.uk, entrance to the exhibition is included in the admission fee for Kensington Palace, about $18.

You'll hear more languages spoken in London than perhaps any other city on Earth. A great way to experience this is to attend the La Linea festival. While you'll find no Luso, Spanish, Italian, or Brazilian acts playing, you'll discover that it's a lovely excuse for watching the city's increasingly numerous Latin-American Spanish-speakers to kick off the winter blues and warm-up with tango, salsa, and meringue. Highlights this year include Kid Creole, the Gotan Project's Victor Villena, and Amparo Sanchez. comono.co.uk/lalinea, free.