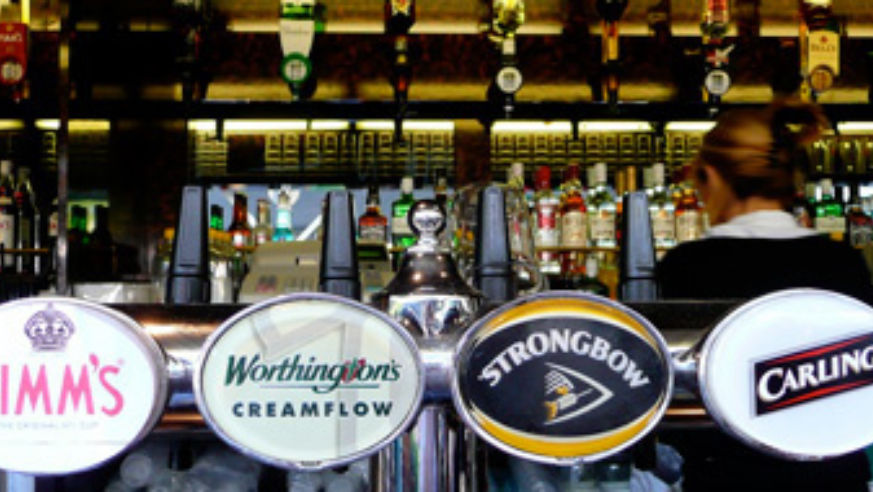 Courtesy Wolfiewolf/Flickr
Lever taps at a pub in Chelsea pour brewer conditioned keg beers, such as Worthington's, Strongbow, and Carlington

Whiling away the hours over a pint of beer in a London pub is one of the city's most enjoyable pleasures. And it has been for centuries. The great 18th century writer, critic, and Londoner-about-town Dr. Johnson once wrote that "there is nothing which has yet been contrived by man by which so much happiness is produced as by a good tavern or inn." And London has more than 5,500 to choose from.

Unlike their American counterparts, London pubs come in a bewildering variety. There are quiet "locals" (frequented by quiet locals) and rowdy chain pubs with pumping music and barely a space to sit. There are restaurant pubs serving everything from a ploughman's lunch (bread, a chunk of Stilton cheese, salad, and pickles) to those with a full foodie menu which are great at lunchtimes. And there are pubs with live music, gardens, galleries, and even theatres.

The London pub in short is a catch-all space, where the cool English temperament is warmed by the national drink—beer.

Choosing a beer is part of the art of enjoying a London pub. Unlike in an American bar, you will rarely find a drinks menu. Instead head to the bar and look at the taps.

There are also bottles in refrigerated cases behind the bar—usually containing specialist and imported beers, such as Samuel Adams. And if you don't feel like something alcoholic, there are canned (and very rarely fresh) juices, cordials, and usually instant tea or coffee.

But the real choice in a pub lies in the real ales, which are akin to micro-brewery beers back home. Real ale is a natural product brewed using traditional ingredients and left to mature in the cask (container) from which it is served in the pub, through a process called secondary fermentation. The process makes real ale unique amongst beers and gives it a distinct rich taste and aroma. There are some 2,500 different real ales in Britain produced by around 500 brewers. Ales tend to be cheaper than keg beers.

Every year there are competitions run by the Campaign for Real Ale (CAMRA) to decide on the best ales in the country. Look out for a banner under the badge on the tap. Or ask the bar man.

Beers come in pints or half-pints. Prices in a pub depends on the location as much as the kind of beer. Central London pubs and those closest to tourist attractions tend to be more expensive, of course. Local pubs tend to be cheaper. I'll do a list of some of the best in various categories in a later blog post. In the meantime, you may find recommendations at camra.org.uk.

Trip Coach: How can you save money on London's subways and buses?