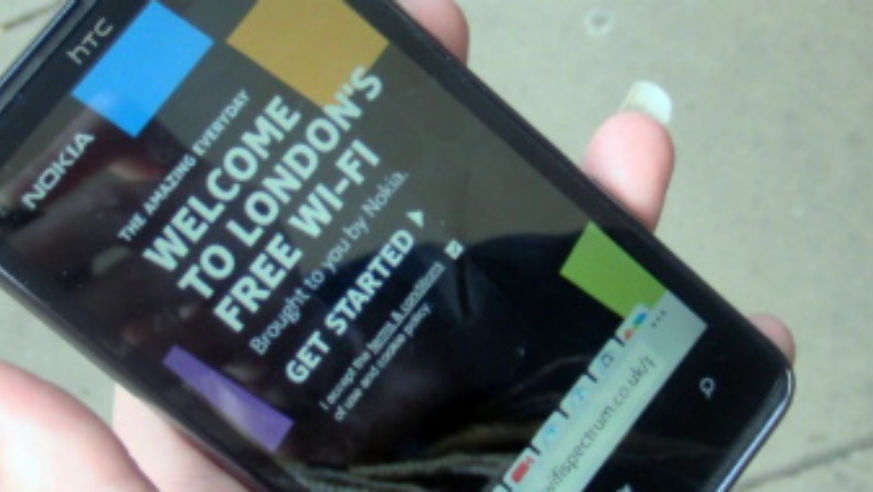 In London, finding free Wi-Fi has been about as difficult as finding Platform Nine and Three-Quarters at the train station that goes to Hogwarts. But that may soon change. Until the end of 2011, London will let the public enjoy free Wi-Fi in 26 hotspots downtown, such as Oxford Street, reports BBC News.

The new trial service, sponsored by Nokia, will limit downloads to one megabit per user. That's enough space to look up directions or restaurant reviews, but not enough to watch a video. With luck, that limit will ensure that many people can use the service at the same time in crowded areas.

Unlike some other cities in the U.S. and the world, London has only offered spotty complimentary Wi-Fi over the years in a way easily accessible to international visitors. (Many services required users to have accounts with local phone companies or banks.)

But clever travelers know where to find free Web surfing: First, try McDonald's, Burger King, and Pret a Manger restaurants in the city.

Or, try one of the 400-odd Starbucks coffee shops around town; many provide free Wi-Fi to customers, and as of this fall, you no longer have to own the U.K. version of the Starbucks Card to enjoy this perk. Caffe Nero, a local competitor chain of coffee shops, also introduced free Wi-Fi for customers this fall, though you have to fill out an online registration form with your e-mail address to use it.

You'll also find free Wi-Fi at St. Pancras Station, which is where you can catch the Eurostar train to Paris, and at the Tate Modern museum by the Thames River.

How to Book Your Own Grand European Tour