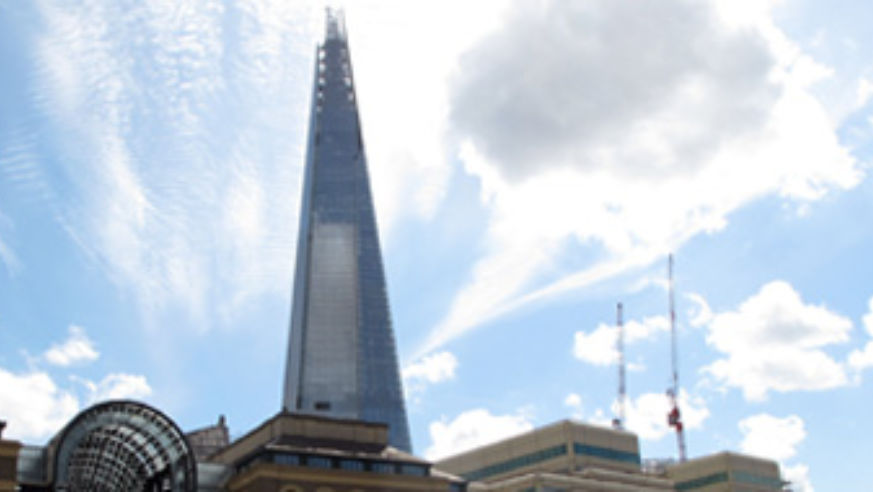 London has raced to create several new attractions in time for this summer's Olympic and Paralympic Games. While you may be skipping the city during the Games unless you have tickets to events, the rest of 2012 is an ideal time to check out these fresh, permanent landmarks.

Last night, south London celebrated the opening of The Shard, the tallest skyscraper in Western Europe, located next to London Bridge Station. Created by architect Renzo Piano, the pyramidal, reflective shape has become the most defining building on the cityscape. Today tickets went on sale for the 800-foot-high, 360-degree observation deck, which opens to visitors February 1, 2013 (from £24.95, or about $40 for adults 16 and over; theviewfromtheshard.com).

The city's first cable car
Running since late June, a new cable car service across the Thames connects the O2 Arena in Greenwich with the ExCeL Centre and the Docklands in North London. It's called Emirates Air Line (from £5 or about $8; emiratesairline.co.uk) because of a private-public partnership with the famous mideast airline, and the staff wear the uniforms of Emirates flight attendants. The cars move up to 9 mph, though they're slowed when it is windy.

One of the city's most visited museums is the contemporary art venue Tate Modern, housed in a former power station along the Thames. Two long-unused oil tanks have been converted into giant underground spaces for live art installations and performances. These giant concrete tanks open to the public on July 18. Part of a mammoth expansion of the museum, the galleries claim to be the "first in the world to be permanently dedicated to live art, performance, installation and film works." tate.org.uk

The city's tallest public sculptureThe new 37-story-tall sculpture/observation tower ArcelorMittal Orbit opens mid-July for the Olympics. The giant red structure was co-designed by British architect Annish Kapoor, who made the Cloud Gate (a.k.a., the Millennium Bean") sculpture in Chicago. The Orbit closes after the Olympics for a period until the Olympic Village is renovated and re-opened to the public with facilities for the community and a new Olympic history museum.

Located next to the Olympic Village and open throughout the games, Westfield Stratford City is well-linked to downtown by subway and features many of the city's top brand stores. Tip: The John Lewis department store has a third-story window overlooking the Olympic park, plus a nice restaurant with free WiFi.

Britain has had a long history of "pleasure gardens," essentially parks specifically devoted to providing culture to the public in an outdoor setting. London's latest such venue is in a 15-acre converted industrial space on the northeast side of the Thames River, called (londonpleasuregardens.com). Opened on June 30th, the gardens currently sport a 10-story mural created by Shepard Fairey, the street artist who came up with the Barack Obama campaign 'Hope' posters. Events will rotate, but the space welcomes outdoor parties and art exhibitions. Check its website for the schedule.

A classic ship, rebuilt and re-displayed

Destroyed by fire in 2007, the Cutty Sark is a three-masted tea clipper from the 1800 that has been rebuilt in a $77 million project. Created in 1869, it was the swiftest merchant sailing ship of its time. A clever museum display elevates the ship as if it were floating so that you can walk underneath it (rmg.co.uk).