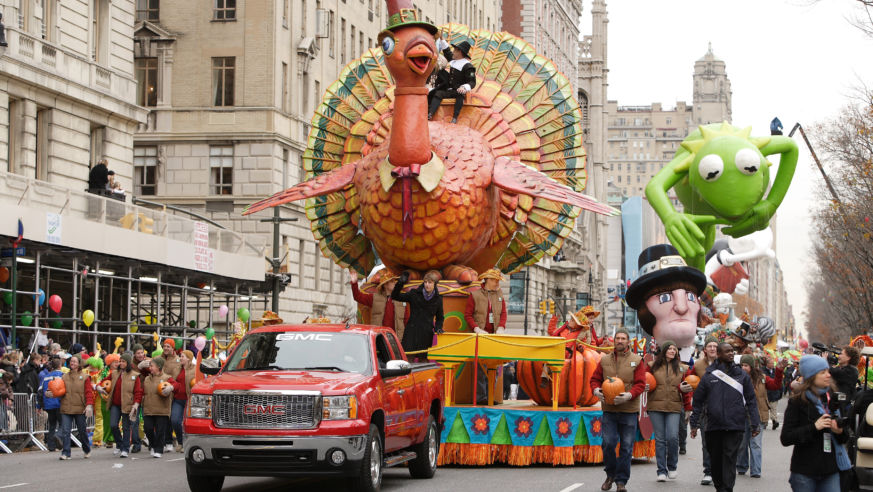 Planning to visit NYC for the big parade? We've got you covered with when/where/how tips to get the most out of this one-of-a-kind holiday experience.

Budget Travel is based in New York City, and we get just as swept up in the city’s holiday lights, music, and energy as any visitor. With the Macy’s Thanksgiving Day Parade coming up (including appearances by Anika Noni Rose, Ally Brooke, Ashley Tisdale, Bad Bunny, and, of course, the one-and-only Santa Claus), we want to provide you with some of the best “live like a local” advice for getting the most out of this annual extravaganza.

THE BEST WAY TO VISIT NYC ON PARADE DAY

It's fun to be a “New Yorker for a day” and leave the car at home. If you’re approaching from the suburbs or beyond, hop on one of the metro area’s commuter rail trains or buses (options include New Jersey Transit buses and trains, Metro North trains, and the Long Island Railroad). (Traveling for the holiday? Check out our "Money-Saving Thanksgiving Travel Tips.")

In town, purchase an MTA Metro Card (ideally, before the big day, to avoid long lines) and take the bus of subway to the parade. Or, if you absolutely must drive, park on either the far west or east side of Manhattan and take public transportation to the parade route. Of course, walking in Manhattan, with its busy avenues, eye-popping shop displays and world-famous skyscrapers, is always a good idea, and will help burn off some of the calories that you’ll be consuming later in the day.

While everybody knows that the parade route leads to Macy’s, at Herald Square (the area around West 34th Street and Broadway), for televised performances from the parade’s stars, visitors should not stand below 38th Street. The area below 38th is the parade's “quiet zone,” where participants and performers prepare for their "closeup" on TV, and you will completely miss out on exciting parade music and performances in this area.

WHERE AND WHEN THE PARADE BEGINS

The parade will step-off at 9 a.m. at 77th Street and Central Park West. The procession will travel down to Columbus Circle, turn onto Central Park South, then march down 6th Avenue (Avenue of the Americas) to Macy’s Herald Square on 34th Street.Want to know more about viewing the parade? The complete route can be found at macys.com/parade.

THE BEST PLACE TO WATCH THE PARADE

While most of us don’t have the option of enjoying the parade from a 6th-floor apartment on Central Park West like in the classic holiday film Miracle on 34th Street, we do recommend that you approach the route from the west along Central Park West or the south along Central Park South for a relatively close look at the parade’s opening energy and high spirits with the beautiful park as a backdrop. The parade should take about 90 minutes to pass you by from the opening band to Santa Claus’s sleigh.

The weather in NYC on Thanksgiving Day can range from below freezing and windy to sunny with temps in the 60s - and it can change quickly this time of year. Layer up, be prepared to keep hands and feet warm, bring rainproof jackets, and wear sensible shoes. The NYPD has a large presence to ensure a safe and happy morning for all, but follow your usual common-sense travel practices: Keep your valuables to a minimum; avoid carrying around oversize backpacks and luggage; always pay attention to your surroundings. And, as we always say here in NYC, “if you see something, say something.”