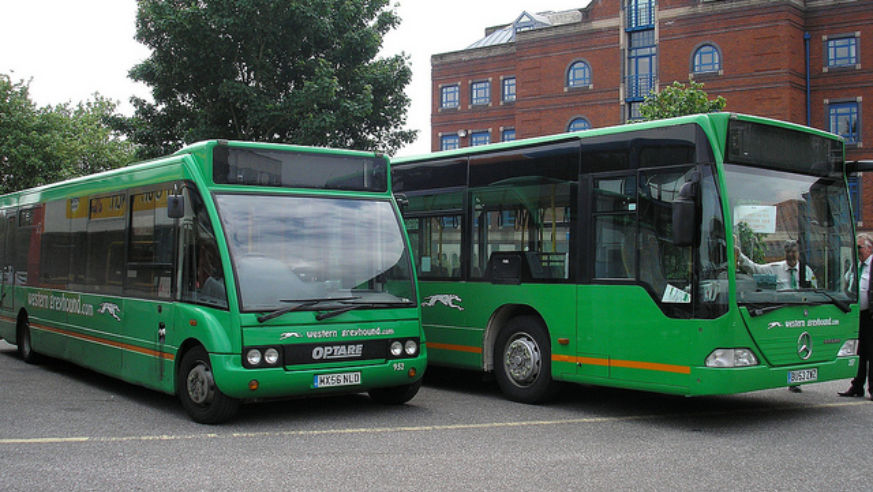 It's a good idea to double-check with your bus company when you book online.

As you may recall, I am an avid bus traveler. It just so happens that bus service is the fastest, most affordable way for me to get from my home in New York City to visit my extended family in Connecticut.

At least, that was true before Greyhound/Peter Pan's Thanksgiving-day booking fiasco occurred. You can imagine my surprise when I arrived at the Port Authority bus station forty minutes early only to find out that the express bus ticket I had purchased from New York City to Hartford was for a bus that didn't exist. After waiting in line for a half an hour I learned—along with multiple other passengers—that there was no 6:30 a.m. bus. If we made a run for it, the ticket agent told us, we might be able to catch a 6:15 a.m. bus operated by Bonanza and leaving from a completely different building.

I made a run for it and convinced the driver to let me on the bus even though I didn't have a ticket for that particular schedule. Other passengers weren't so lucky. Including some passengers that had bought tickets to Springfield, a destination this particular bus didn't have on its route.

We weren't the only riders affected either. The bus driver announced that the entire system was having glitches.

Disturbingly enough, neither Greyhound nor their affiliate Peter Pan seem to know what went wrong. When I reached out to the company for insight into what had happened, the Greyhound representive said "The 6:30 a.m. schedule is operated by our pool partner Peter Pan, so you may want to contact them for insight." The Peter Pan affiliate has not gotten back to me as of the publication of this post.

It would be nice to see either Greyhound or Peter Pan acknowledge the glitch and offer reimbursement or at least a credit to the passengers who were affected.

In the meantime, I recommend double-checking any tickets you purchase through Greyhound and Peter Pan's online ticketing system.