Should Celebrities Be Able to See Museums Privately? 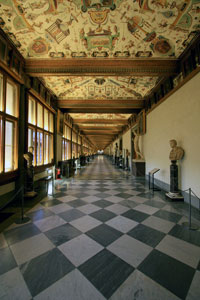 Madonna recently caused a stir—surprise, surprise—when she paid Florence's Uffizi Gallery a private visit after hours with her boyfriend, her son, and a 15-person entourage.

After closing hours, Madonna paid an undisclosed sum to be led around the best collections of Renaissance painting in the world, says London's Sunday Times.

Uffizi museum chief Cristina Acidini told reporters that Madonna was keen on Botticelli's Birth of Venus, spending a few minutes in front of it.

Italy has a long tradition of letting high-paying travelers have access to its cultural treasures in seclusion. Case in point: The Sistine Chapel, part of the Vatican Museums in Vatican City, gives after-hours private access via companies like Italy With Us for prices of about $350 a person.

Madonna's visit contrasted sharply in style with actor Pierce Brosnan's afternoon tour last Wednesday around Paris's Musée D'Orsay. The former James Bond walked by himself among the crowd, taking a break from filming a new movie with Emma Thompson. No entourage, no fuss, and paying as an ordinary visitor.

Should there be a limit to how museums can open up national cultural treasures for private tours to the highest bidder? Or are celebrity tours a smart way for museums to gain new revenue without having to rely on taxpayer funds?

Is Florence's Museum Card Worth the Price? (12 comments) 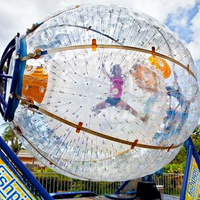 Looking for a fun way to cool off? These five new water rides at parks and piers across the country deliver exactly the type of thrills and chills these dog days call for. Pirate's Plunge Log Flume Galveston Island Historic Pleasure Pier, Galveston, Tex. It's been a long time since Galveston's 25th street pier saw this kind of action&mdash;51 years, in fact. The city's original Pleasure Pier, once the largest amusement park of its kind, was wiped out by a hurricane in 1961. This May, an all&ndash;new park opened with 16 rides spread out over an area the size of three football fields. The most refreshing one is the Pirate's Plunge Log Flume, which includes two drops&mdash;22 feet and 40 feet in height&mdash;and has plenty of bystander&ndash;soaking power. Pleasurepier.com, adult full&ndash;day pass $27, must be 42" tall to ride Pirate's Plunge. River Adventure and Wipeout! Morey's Piers, Wildwood, NJ This old-school (since the 1960s) waterfront amusement park introduced several new features for the 2012 season, including a souped&ndash;up lazy river called River Adventure, with waterfalls, geysers, and grottoes; and Wipeout!, a six&ndash;lane head&ndash;first race&ndash;style waterslide that harks back to the original 12&ndash;lane fiberglass slide the entrepreneurial Morey brothers bought in 1968. Moreyspiers.com, adult full&ndash;day water park access $38; River Adventure all&ndash;ages, must be 42" tall to ride Wipeout. The Wild Vortex Wilderness at the Smokies Resort, Sevierville, Tenn. The daredevil in your family will likely consider the just&ndash;opened Wild Vortex waterslide to be seven seconds in heaven. That's how long it takes to travel the crazy, translucent loop&ndash;the&ndash;loop tube that starts with a 39&ndash;foot free&ndash;fall (through a trap door, no less) and carries the rider through a full 360&ndash;degree vertical spiral at speeds of up to 40 miles per hour. You have to be a guest at the resort to use the waterpark, but given that room rates are comparable to a single adult admission to some of the larger theme parks&mdash;and you get free access to the resort's indoor and outdoor water parks for the full day after you check out&mdash;we think it's still a deal. Wildernessatthesmokies.com, room rates from $99, must be 48" tall to ride the Wild Vortex. The Fishpipe Grand Wailea Waldorf Astoria, Maui, Hawaii You might have seen its predecessor, the Zorb, in a recent Toyota commercial&mdash;or in any number of would&ndash;be&ndash;viral videos on YouTube. Now, the makers of that human&ndash;sized hamster ball have made a stationary, water&ndash;slicked version called the Fishpipe that spins up to three riders at a time at speeds of up to 11 feet per second. It's being snapped up by hotels and resorts across Australia, New Zealand, and the U.S., and most recently arrived at Maui's Grand Wailea. Grandwailea.com, rides $15, ages 5 and up. Legoland Water Park Legoland, Winter Haven, Fla. The latest addition from the beloved toy company debuted May 26, 2012&mdash;an expansion of its less&ndash;than&ndash;a&ndash;year&ndash;old amusement park in Central Florida, about an hour southeast of Orlando. The water park has all the basics you'd expect&mdash;a wave pool, a lazy river, five slides, and a play area for the littlest kids&mdash;and adds just $11 to the cost of a day pass to the rest of the park. Florida.legoland.com, adult full&ndash;day passes to Legoland Florida and Water Park from $77. MORE FROM BUDGET TRAVEL 5 U.S. Theme Parks Under $50 8 Ways to Save Big on Summer Travel 25 Summer Travel Deals You Don't Want To Miss

You never forget your first real vacation. We asked our readers and fans on our Facebook and Twitter pages to tell us about their most memorable vacations&mdash;and they delivered. They've done it all, from road trips across the United States with the family, to biking across Iowa, whale&ndash;watching in Maui, and even cross&ndash;country skiing in Norway. Some reminisced about trips they took to other countries while living overseas, while others described fond memories of traveling abroad for the first time. Whether it was a first trip to a theme park as a child&mdash;or as an adult&mdash;or a first experience with the family at a national park, they've inspired us to explore new places, and share our own favorite travel memories. See the 30 Vacations Budget Travel Readers Will Never Forget Sometimes it's the journey more than the destination that makes a vacation stand out. I can remember my mother letting me have the window seat during my first flight at four&ndash;years&ndash;old, showing me how beautiful the clouds looked from the plane, and calming me down when I cried because the flight wasn't longer (my belated apologies to whoever else was on that flight). After reading through all the incredible vacation experiences our readers have had, I feel the need to do a massive overhaul of my travel bucket list, especially with all the far&ndash;flung and fascinating places you've been to so far. A special thank you to everyone who shared their stories with us&mdash;it's not too late, we'd still love to hear about your most memorable vacations, so share them below! MORE FROM BUDGET TRAVEL: 41 Mother&ndash;Daughter Trips of a Lifetime 15 More Places Every Kid Should See Before 15 The Completely Obsessive Absolutely Indispensable Guide to Disney World

Brooklynites know what the rest of the world is just discovering&mdash;that Brooklyn is a great place to visit. According to NYC &amp; Company, the official tourism bureau of New York City, 50.2 million people visited in New York City* in 2011 (and 10 million of them were international visitors). More and more of these folks are finding their way to Brooklyn, as evidenced by the outcropping of new hotels sprouting up in the area. What's drawing them to the borough&mdash;and why should you make time for a Brooklyn stop on your next New York vacation? Let me count the ways that this borough is cool: 1. The French say so. The New York Times recently reported that "Among young Parisians, there is currently no greater praise for cuisine than to call it 'tres Brooklyn,' a term that signifies a particularly cool combination of informality, creativity and quality." 2. Hot new hotels are opening left and right. Three of my favorites: Aloft New York Brooklyn, a 176-room just a short walk from the Brooklyn Bridge. Rates start at $169 per night. Nu Hotel a hip hotel in downtown Brooklyn that recreates the experience of loft living (some rooms even have hammocks suspended from the ceiling). Rates from $269 per night. 3B, a charming, 4&ndash;room B&B; that is run by eight young artists and writers who live nearby. A complimentary breakfast is served each morning. Rates start at $120. 3. Exciting art spaces. Brooklyn Museum of Art and BAM cinema are two longstanding favorites of mine, but you can also find plenty of avante-garde art spaces too, including the Galapagos Art Space in Dumbo for live performances and the Black &amp; White Gallery in Williamsburg. 4. Awesome restaurants. Char 4 for down&ndash;home Southern cooking with a New York twist (and one of the best selection of whiskeys I've ever seen). Lucali, voted the best pizza in Brooklyn and rumored date spot for Beyonce and Jay-Z (575 Henry St., Carroll F or G), Lomzynianka Restauracja in the Polish enclave of Greenpoint where you can get a fresh platter of pierogis, and Egg, for some of the best brunch around (135 N. 5th St near Bedford L), plus it's right next door to the Brooklyn Brewery so after you finish brunch you can tour the factory and down a pint. 5. Revitalized outdoor spaces that are fun for the whole family. Coney Island has been revitalized with new rides as the Human Slingshot, which catapults guests 220 feet in the air, new restaurants such as the out post of Grimaldi's, one of Brooklyn's best known pizzerias. There's also the new Brooklyn Bridge Park, with bike paths, sandy volleyball courts, and a public pool, not to mention a quaint grassy stretch overlooking the river. Do you have any favorite Brooklyn places that I missed? Tell us about them below! *Please note: 50.2 million people visited New York City in 2011, not Brooklyn, as originally stated. MORE FROM BUDGET TRAVEL Confessions of...A New York Street&ndash;Food Vendor BT Editors' 12 Favorite Foodie Destinations 30 Vacations Budget Travel Readers Will Never Forget

When it comes to the typical fast food joint, terms like "atmosphere" and "ambience" are less important than ones like "super size." But there are a few greasy spoons tucked around the globe that serve a surprising portion of sleekness and even grandeur along with their burgers, fries, and sweet treats. CLICK HERE TO SEE THE FAST FOOD JOINTS The picturesque beachfront shack shown above (in Pacifica, CA), has been called "the world's nicest Taco Bell." Perhaps we shouldn't be surprised by the opulence of a Starbucks in Dubai, but with one look at the one in the city's Ibn Battuta Mall, our jaws drop anyway. It might feel strange to order a Big Mac or a stuffed crust pizza instead of stuffed pheasant at the McDonalds in Bray, Ireland, or at the Pizza Hut in Shakespeare's hometown, Stratford&ndash;upon&ndash;Avon. And trust Tinseltown to make a bucket of fried chicken look glitzy. The Kentucky Fried Chicken in Los Angeles, designed by architect Jeff Daniels in 1990 to reflect postmodernist style, stands on Western Boulevard, on the Hollywood&ndash;Koreatown border. Have been to any surprisingly fancy fast food restaurants yourself? Did the atmosphere elevate the experience? MORE FROM BUDGET TRAVEL 8 Foreign Fast Food Chains You Need to Know BT Editors' 12 Favorite Foodie Destinations A Coffee Addict's Guide to the World