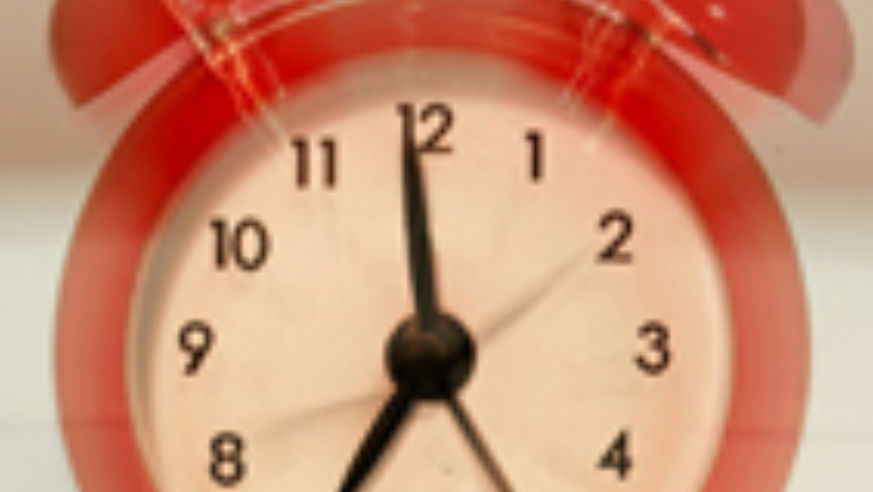 I'm normally an enthusiastic advocate of smart phone technology as an aid to travelers, but a recent glitch in iPhone software is giving me pause.

Countless iPhone alarm clocks failed to go off on Sunday and Monday mornings, thwarting travelers' plans, as reported in the

According to the Times:

"Erick Piller, a student who uses his iPhone as a primary alarm, said in an e-mail that he missed a scheduled flight [Monday] morning after Apple assured the media that the alarm would begin work again on Monday morning. 'I set a nonrepeating alarm for 3:30 a.m. Monday, but when I woke up by chance at 4 a.m., it hadn't gone off," Mr. Piller said. "I ended up missing a flight by 15 minutes."

I, myself was a victim of snoozefest2011, and almost missed an early morning flight out of Palm Springs on Sunday morning. My husband had diligently set two iPhone alarms for 4:30am (a 3G and a 3GS), neither of which went off. (We randomly woke up at 5am, thanks to our toddler, and just barely made our flight.) I rushed to blame my poor husband, but the blame lies with Apple, which experienced a similar problem with iPhone 4 during Daylight Savings Time.

Apparently, Apple is on the case, but bloggers around the globe were quick to devise workarounds. One quick solution, shared via Twitter (check the hashtag #iphonealarm), was to set a recurring alarm, as opposed to a one-off, non-repeating alert. That fix seemed to work for many—and as of this morning, reports are showing that alarms are again ringing—but for this particular technophile, I'm leaning toward regressing to old-school technology from now on: a trusty, old-school, properly ringing clock.

What worries you when you travel?