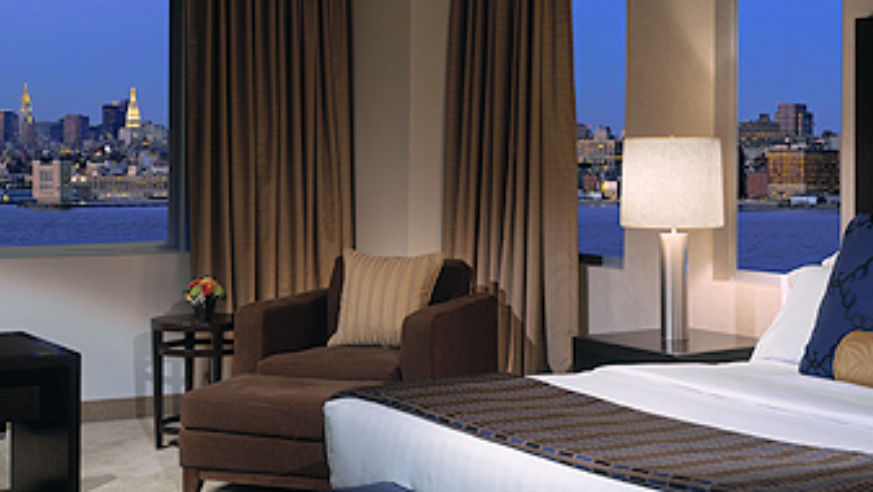 Growing up in Manhattan, I never dreamed of moving to Jersey. But that's just what my husband and I did two summers ago. We were open to a change and lured across the Hudson River to Jersey City for more space and amenities at a much lower rent.

It's easy to poke fun at Jersey, so reactions to our new address included plenty of bridge-and-tunnel references and (mock?) horror. But friends who've crossed state lines to hang out in our neighborhood tend to be pleasantly surprised; a few have even moved in nearby. The downtown area is quiet, safe, clean, easier to reach than most Brooklyn neighborhoods, and supports a low-key arts scene—if Jersey City ever changes its name, our rent is going way up.

The PATH train connects Jersey City with various points in Manhattan 24/7 for $1.75, and on my 20-minute weekday rides to and from midtown, I've noticed periodic suitcase- or guidebook-wielding tourists. At first I was surprised: could the same qualities that made Jersey City appealing to me as a resident make it an appealing base for tourists?

At least one Budget Travel reader, Lloyd, thinks so. When we asked readers to share favorite New York City hotels, he wrote in to recommend the "fabulous" waterfront Hyatt Regency Jersey City, and its views of the Statue of Liberty and the Manhattan skyline, stretching from Wall Street up past the Empire State Building.

But major chains aren't the only option. Even as New York City issues a crackdown, short-term apartment rentals are gaining momentum in Jersey City.

NYC-JC.com, launched by Norwegian real estate developer Jarl Haugedal in 2009, offers rentals with fully furnished kitchens and washer-dryer units in a choice of historic brownstones and high-rise condos. Opt for the latter, and you'll often get resort-like amenities, such as a rooftop pool and fancy fitness center.

If you're looking for a local restaurant, gallery, or shop, one resource is this directory from NewYorksSixth.com, a site whose name stakes a claim at Jersey City as New York's sixth borough.

You certainly won't confuse Jersey City with Manhattan, but my hunch is that for some visitors, especially families, that's a good thing. What's your take? Would you book a stay in Jersey City?