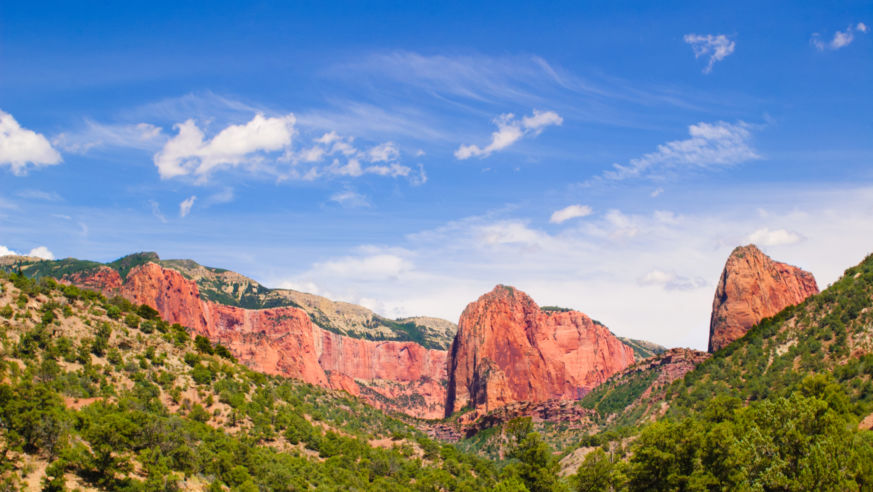 From Hawaii to New York, these geological wonders are just waiting to be explored on foot, in the air, on skis, and more.

The Grand Canyon National Park celebrates its centennial this year. The fanfare is well deserved, but it’s far from the only American canyon worth visiting. There's an array of gorgeous gorges across the U.S. with diverse landscapes, and unlike the always popular Grand Canyon, you can have them all to yourself if you time it right. Stopping at the rim and peering down into the depths of each of these destinations is a perfectly fine start, but there’s much more to be done in and around each of these incredible canyons. From the Grand Canyon of the Pacific to the Grand Canyon of the East, and the lesser-known rock formations in between, here are eight stunning geological wonders to visit next.

Sitting at more than 10,000 feet, Cedar Breaks crowns the grand staircase, the geologic formation covering much of southern Utah and including the Grand Canyon. Here, the rust-red rocks give way to lush meadows of wildflowers and subalpine forest. An International Dark Sky Park in one of the most naturally dark regions in the continental U.S., the area comes alive at night, when crystal-clear skies afford unobstructed views of the constellations, the Milky Way, and much more. Cedar Breaks staff and astronomy volunteers provide telescopes and guidance at complimentary star parties, held in the park during the summer months and in nearby Brian Head Town in winter. 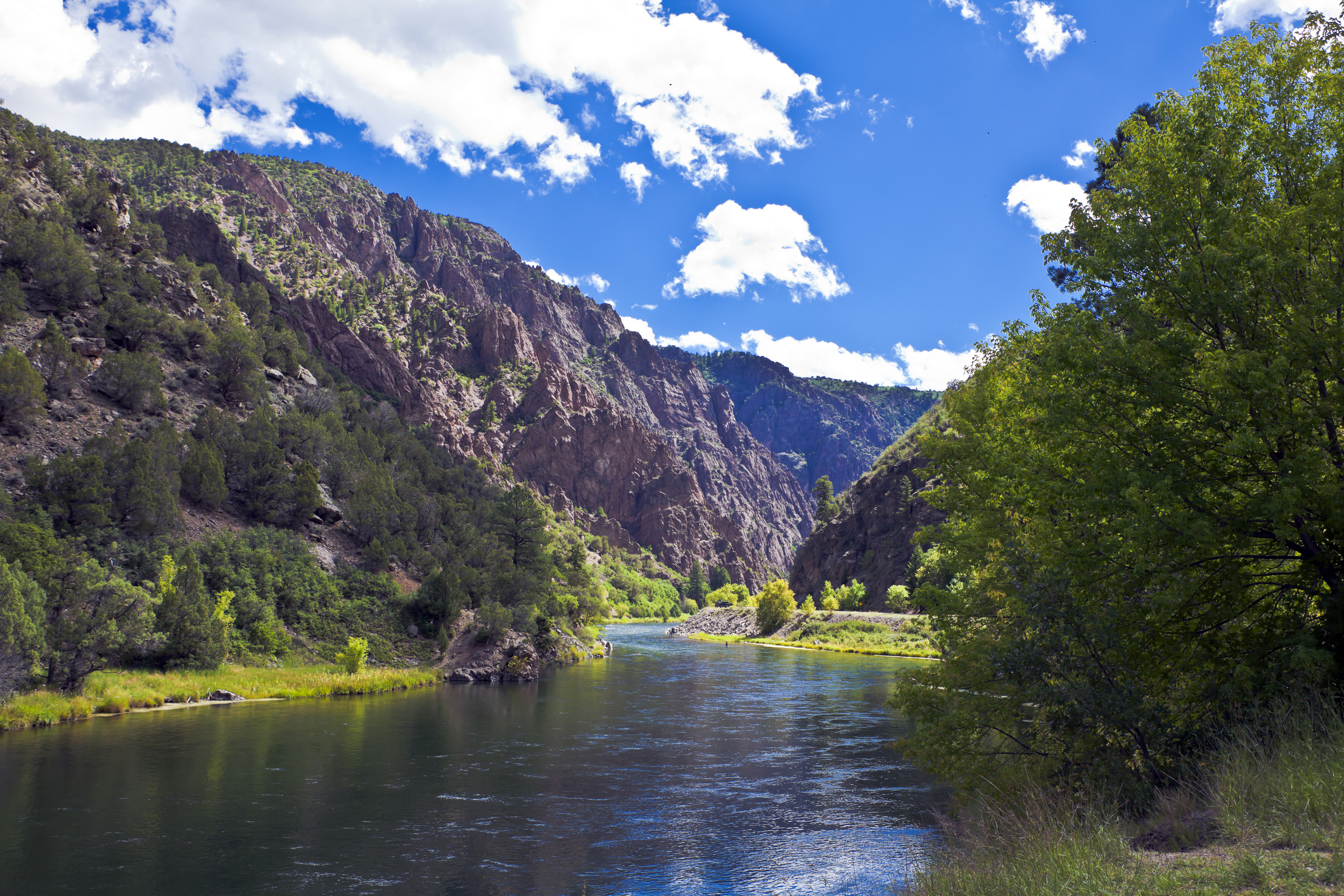 Over the last two million years, the Gunnison River sculpted sheer cliffs and spires and exposed rock dating back 1.7 billion years, some of the oldest in North America. The canyon takes its name from these dark metamorphic rock walls and the shadows that cover them for much of day, but the focus is on the Gold Medal-designated trout-fishing waters: Starting 200 yards downstream of Crystal Dam and extending to the North Fork of the Gunnison River, the canyon is an angler's paradise. Experienced hikers can traverse one of the treacherous inner gullies to cast a line in a secluded section or venture down the East Portal Road for a more accessible fishing spot.

Surprisingly, the most iconic feature of this natural wonder is the man-made suspension bridge spanning the massive gorge 956 feet above the Arkansas River. The rock walls are so tall, the Empire State Building could stand straight up underneath with a few feet to spare. This summer, the Via Ferrata—an assisted rock climb with steel cables and iron rungs, led by a trained mountain guide—adds to the roster of adrenaline-packed activities, allowing visitors of all abilities to reach new heights.

Located 20 miles from Twin Falls, this box canyon is one of the northwest's best-kept secrets. Don't be afraid to get your feet wet: Its gentle waters open up to exploration via kayak, canoe, or stand-up paddleboard. The pristine water bubbles up from the ground and through basalt rock before joining the Snake River. Pooled or flowing, the Caribbean blue–hued water provides a stunning contrast with the rocky canyon walls and prime floating. 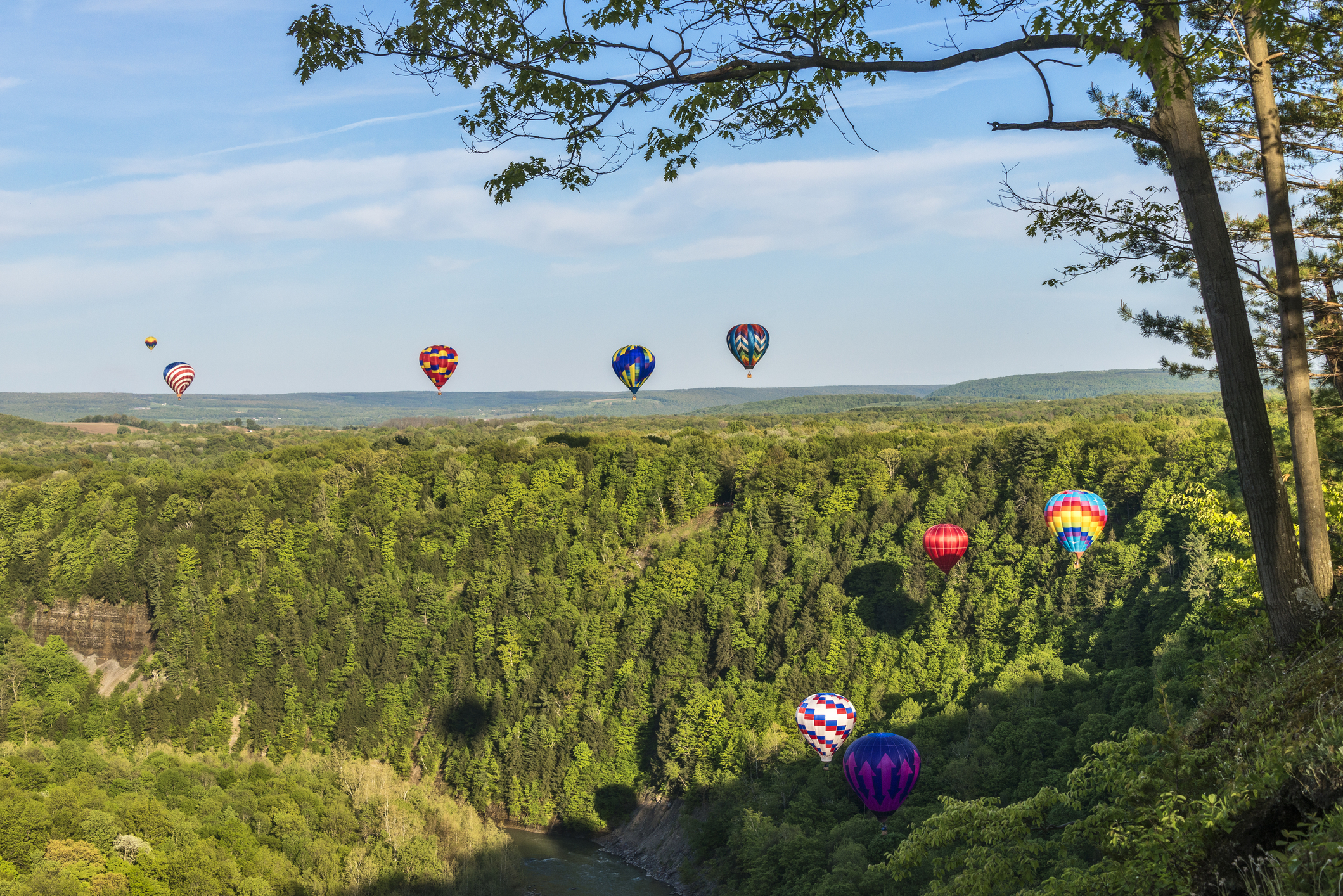 The Genesee River roars between cliffs soaring up to 600 feet, creating the so-called Grand Canyon of the East. There are more than 66 miles of marked hiking trails winding through the thick forests around the gorge. While there are additional paths for horseback riding, biking, snowmobiling, and cross-country skiing, the canyon truly shines from a bird’s eye view, floating above in a hot air balloon. 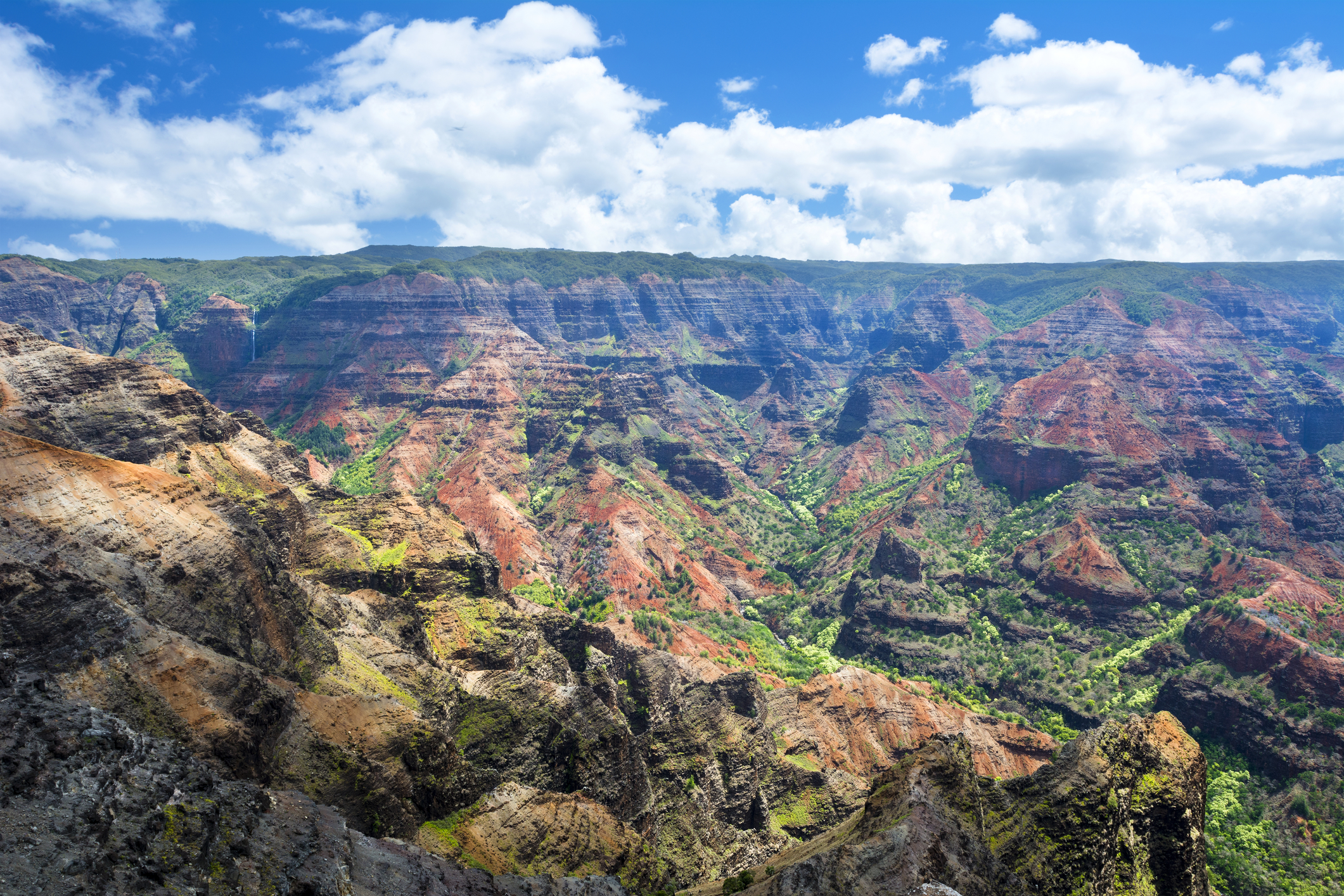 Nicknamed the Grand Canyon of the Pacific, these brilliant red walls towering up to 3,000 feet began forming millions of years ago. A combination of volcanic activity and the Waimea River carved out the gorge seen today. Waterfalls and lush green plants add to stunning scenery, which is best experienced on your own two feet. Hiking along one of the many trails offers time to observe and listen to the native forest birds while soaking up panoramic views.

Canyon X, considered a worthy alternative to the nearby, often overcrowded Antelope Canyon, still remains exclusive as it becomes more accessible. Only small, guided groups are allowed to explore its narrow red-rock walls, which adds to the appeal of this remote slot canyon for shutterbugs and hikers alike. As you wind your way through the Navajo sandstone, you'll come across unique textures, patterns, lines, formations, and shifting hues of red—prime subjects for creative photography. 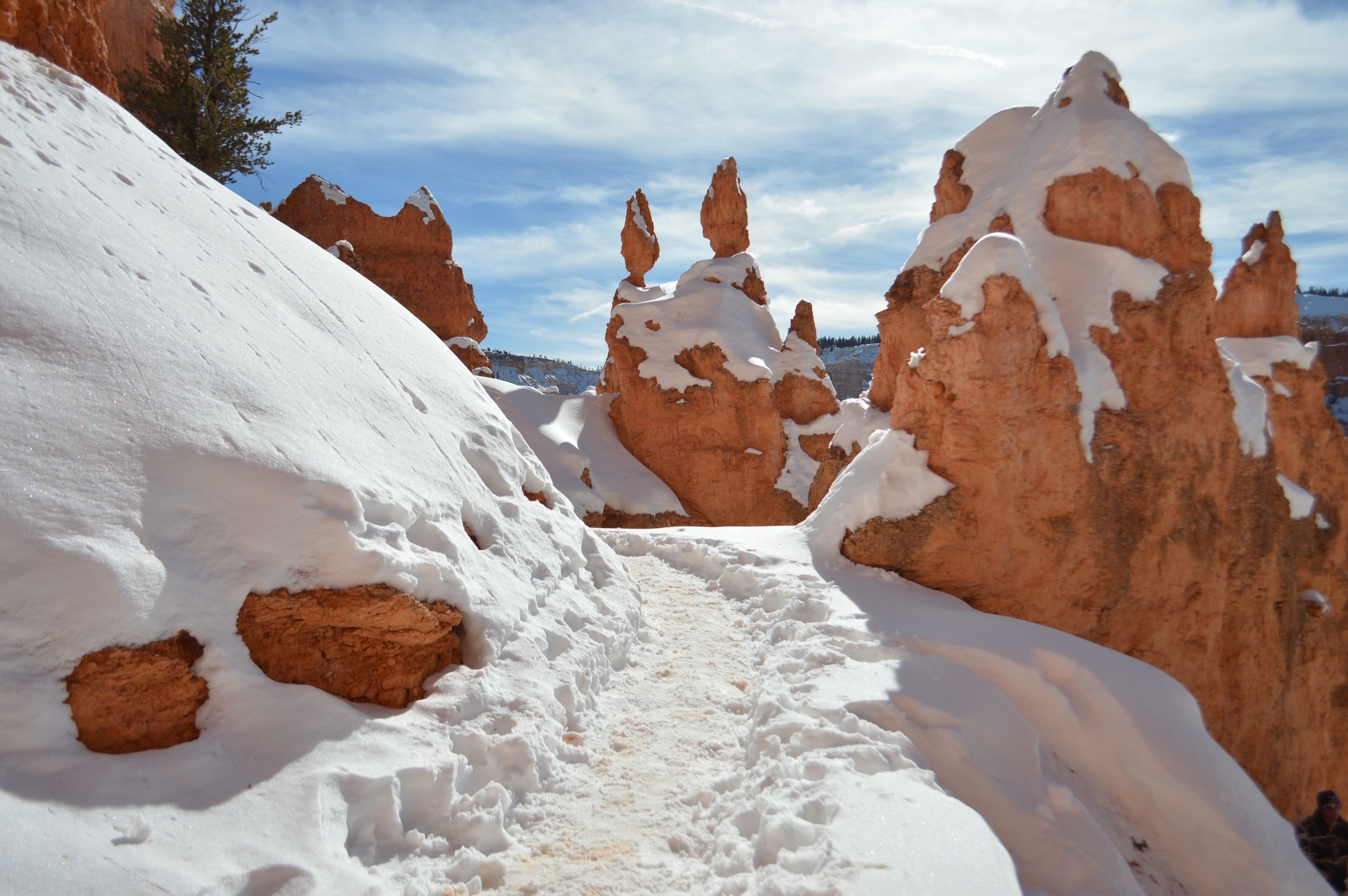 What makes Bryce Canyon extra special is the seasonal shift in perspective as the temperatures drop and the look of the scenery changes. When winter arrives and tourist numbers dwindle, snow blankets the brilliant red rock formations known as hoodoos, topped by clear bluebird skies. These red, white, and blue scenes are best explored on snowshoes or skis. On cross-country skis, you can follow one of the groomed trails leading to viewpoints on the rim; on snowshoes or ice cleats, you can venture into the canyon for a closer look at the hoodoos and other rock formations from below. Even on weekend days, the paths are quiet and viewpoints are clear.