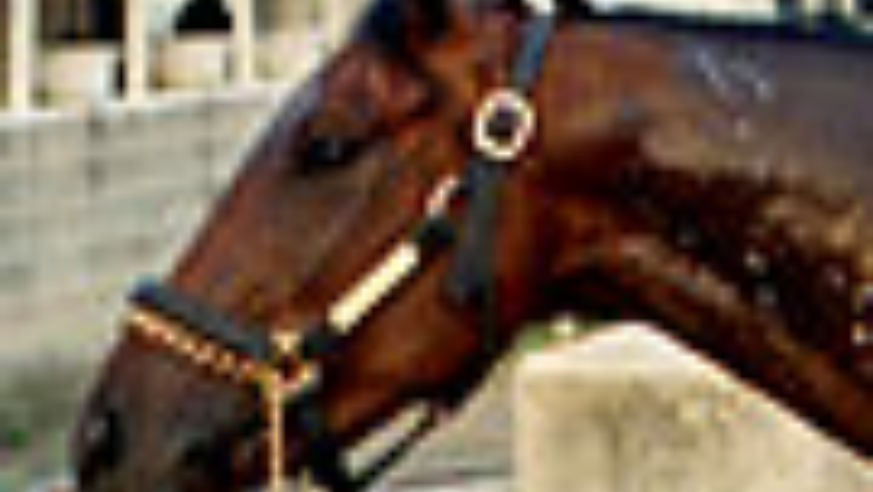 The horse farms and rolling hills make for a delightfully genteel road trip—but it's a lot more fun to ogle Corvettes and spar against the Greatest.

Day 1
First, there's drinking. Actually, first there's a tour--andthen there's drinking. After flying into Louisville from our respective cities, my friend Cathy and I gun it east to Versailles to visit theWoodford Reserve, one of the distilleries on Kentucky's Bourbon Trail. (Others include Maker's Mark, Jim Beam, and Wild Turkey.)

During the 75-minute tour, our group peers into a 7,500-gallon vat of bubbling gold liquid--a mash of fermenting corn, rye, and barley--and inhales the honeyish aroma in the warehouse where the bourbon is aged in charred white-oak barrels. At the end, everyone gets a half-ounce shot of small-batch bourbon to taste. We're taught how to sip like professionals, alternating sips of bourbon with water to douse the fire on our tongues so we can better taste the flavors of pepper, nuts, and caramel.

To soak up the alcohol, we go for a gut-buster of a lunch atMelissa's Cottage Caféon South Main Street. I can't resist ordering the Hot Brown, a signature Kentucky dish. Found all over the state, it's an open-face roast turkey sandwich that's been smothered with bacon, tomatoes, and a thick layer of cheese sauce, and baked. I'm overwhelmed by the size of the plate--it's the length of a football--and melted cheese is bubbling over the edges.

After lunch, we drive over emerald hills to the 1,200-acreKentucky Horse Park, just outside Lexington. The park is a bonanza for horse enthusiasts, with two equine museums and various horse shows. It's also a retirement home of sorts for famous racehorses, such as Cigar, who won nearly $10 million in the mid-1990s. Near the grave of legendary Thoroughbred Man o' War, posts are set up 28 feet apart to illustrate how far the horse once leaped. A grade-schooler gamely tries to match the feat.

Too late for the twice-daily parades of more than a dozen breeds, we seek some consolation­ in the gift shop. A shelf of Breyer model horses prompts Cathy to recall Silky Sullivan, her childhood toy horse. Inspecting a soap dish that looks like a saddle, she proclaims, "This is the best gift shop ever!"

We've reserved a pair of rooms atThe Inn at Shaker Villagein the country's largest restored Shaker settlement. The community was built in Harrodsburg in the 19th century by the idealistic Protestant sect, which practiced celibacy, even after marriage. (It relied on converts to survive, but there are only a handful of Shakers left today.) At dinner in theTrustees' Office Dining Room, piles of Southern fried chicken, pickled watermelon rinds, and lemon pie--baked with slices of lemon in it, peel and all--are served on candle­lit, reproduction Shaker tables. The more than 80 guest rooms and cottages on the grounds are decorated in the simple Shaker style, with added modern amenities like Tempur-Pedic mattresses--a major improvement over the corn-husk mattresses that the Shakers once used.

Day 2
Cathy and I start the day with a mountain of carbs--doughnuts and sugar twists atHadorn's Bakery, a family-owned institution in Bardstown that's been around since 1935. We bring some of the pastries with us in the car, rolling up the windows to trap the intoxicating aromas inside.

Since we're in Kentucky, I really want to see the place where Abraham Lincoln was born, the log cabin in the woods we all learn about in school. But the 16-by-20-foot cabin at theLincoln Boyhood Homeat Knob Creek isn't Lincoln's­ home at all--it's a reconstruction of the home of one of his childhood friends. A park ranger explains that nobody knows what happened to Lincoln's real boyhood home. I feel cheated until he says that Lincoln's familydidlease the 30-acre plot.

We hightail it over toMammoth Cave National Parkfor a tour of part of the world's most extensive cave system, which stretches for about 365 miles. Cathy freaks out over the insects on the walls until the guide tells us they're just crickets. Along the way, a little girl asks whether there are any eyeless fish in the cave. Sure enough, some of the shrimp and crayfish living in the dark cave rivers are blind.

Although she'd probably rather be back at the horse park, Cathy indulges me later with a visit to theNational Corvette Museum, near the Bowling Green plant where the cars are made. It showcases many of the iconic Corvettes that have been produced over the past 55 years, including a 1960s Stingray coupe. In the gift shop, I buy a mini red '57 Corvette that reminds me of my childhood toys. In my humble opinion,thisis the best gift shop ever.

Day 3
The town of Berea exudes a certain old-fashioned charm. Over ginger-and-pecan scones atBerea Coffee & Tea Co., we watch a college-age woman knitting on a sofa. I read a story in theBerea Citizenabout a horse named Bliss who escaped from a farm earlier in the week and trotted through town. At theAppalachian Fireside Gallery, I consider purchasing some corn-husk bookmarks, but opt for a knitted baby's cap instead.

Since our shopping has been limited primarily to gift shops, we head 90 miles northwest to Shelbyville, known for its antiques. But Cathy, who goes antiquing frequently, fails to find anything worthwhile--until we reach theRuby Rooster. She coos over the impressive array of figurines made of celluloid (a once-popular plastic that's now rarely used) before buying a 1920s cake topper shaped like a pixie blowing a horn.

We're all shopped out, andSixth and Main Coffeehouselures us with the promise of free Wi-Fi and iced lattes. I log on to Hotwire and bid on two rooms at theBestWestern Envoy Inn & Suitesin Louisville, a pretty good bargain at $71 apiece.

It's not quite time for dinner, but we have to stop atLynn's Paradise Café, a quirky Louisville restaurant. Mannequins' legs dangle over people's heads in the dining room, and a sign in the lobby invites people to enter their ugliest lamps in a contest. (The categories are "born ugly" and "made ugly.") I recharge with a vanilla milkshake, while Cathy sips on a Pegasus Pimm's, a specialty drink made with gin, Sprite, cantaloupe, oranges, and cucumbers.

After strolling the Ohio River waterfront, we hit Fourth Street for another drink. Cathy, who has the preternatural ability to sense when a celebrity is nearby, suddenly shouts, "That's Adam Duritz from the Counting Crows!" Lo and behold, the singer is strutting down the street. He's evidently in town for a concert the following night.

At theMaker's Mark Bourbon House & Lounge, a bar and restaurant owned by the distillery, Cathy has a perfectly poured mint julep while I drink a Kentucky Cocktail, a mix of bourbon and the local Ale-8 One ginger soda. The food is not as good as the drinks--my steak is a tad overcooked.

We go for a nightcap atProof on Main, the bar at the luxury 21c Museum Hotel, which displays contemporary paintings, sculptures, and video installations. Tired and a little bit tipsy, we gaze warily at artworks by Michael Combs, including a hand-carved buck's head wearing a black neoprene mask.

Day 4
The first thing you notice aboutChurchill Downs is the scent of old money. And the higher you climb in the complex during the tour of the bettors' club rooms, the stronger the smell becomes. On the fourth floor, we visit the Aristides Room, where a seat runs about $600 during the Kentucky Derby. Oil portraits of jockeys hang in gold frames on the walls, and leather-padded chairs are arranged around elegant tables where the bettors sit on race day.

Near the Millionaire's Row dining room is a 30-foot-long model of Churchill Downs with 4,000 handblown glass figurines. I'm just glad it's not my job to dust it.

Louisville gave the world the best--and most famous--boxer of all time. While some of the exhibits at theMuhammad Ali Centerfocus on Ali's fighting career, the rest are dedicated to his views on public service, self-improvement, and peace. Cathy lies on a chaise lounge and stares up at the ceiling, where a larger-than-life image of Ali talks about the importance of charitable work.

In another corner, a silhouette of Ali in the ring is projected on a screen so visitors can shadowbox against the Greatest. I throw some punches, and Cathy snaps a photo of me appearing to get knocked out. I could blame the doughnuts, fried chicken, and bourbon over the past few days--but that probably wouldn't be fair to Ali.

Finding Your Way
State Route 60 runs parallel to Interstate 64 between Louisville and Lexington and is a much more scenic drive. In the spring, traffic on the two-lane roads around Versailles can be unpleasant because that's peak season for visiting the area's horse farms.