Sean Pavone/Dreamstime
There's no better guide to a city than someone who lives there, so we asked Larry Bond, restaurateur extraordinaire, for his tips on where to eat, shop and hangout in and around the town he calls home.

After more than a decade and a half in Miami, Larry Bond relocated to Myrtle Beach to help his mother with health issues in 2007. Might seem like quite a switch. After all, Miami is typically thought of as a hub of cool, from its design to the bacchanalian clubs to its classic beachfronts. Myrtle Beach, which can see up to 17 million vacationers each year, is not. But that’s changing. And Larry is a torchbearer in that renaissance. Today he owns two restaurants—The Chemist, an ultra-cool hangout with an attention-grabbing cocktail program that involves all kinds of slights of hand (think: liquid nitrogen, from-scratch syrups, essential oil extractions) and ART Burger Sushi Bar, which you might call a nouvelle gallery eatery. The works by local artists change up regularly and it's all for sale, with proceeds going entirely to the creators.) Part of being an excellent restaurateur means knowing your community, and know it he does. We checked in with Larry to get the lowdown on where to eat, drink, and play far beyond the well-trod path of beach vacationers.

The Myrtle Beach Pavilion was once the beating heart of this seaside town. It was long home to an amusement park which, like Coney Island, featured pay-per-ride roller coasters and more. But the park closed in 2006 and the area became a desolate lot, but today it's in the throes of a galvanizing renaissance, and Larry has been a driving force of that renewal. After the success of ART and the Chemist, he opened the festive Gordo's Tacos & Tequila in 2016 and is in the conceptual phase of another eatery, The Edge. The restaurants are all within three blocks of one another in this downtown hub. (His other spot, The Noizy Oyster, is about seven blocks away on a main thoroughfare.)

When the snowbirds arrive for their warm weather escape, chances are high that there’ll be a wait for a table on a Tuesday at the local surf’n’turf spot. But there’s a roster of eateries dishing out creative or authentic fare. You just have to know where to look. Larry is a fan of Rioz, a classic Brazilian steakhouse, complete with table-side carving ritual, that offers a blockbuster meal for $36.95. Not bad considering there’s a choice of up to 15 different meats. Larry deems it “as good as anything you find in Sao Paulo.”

If he’s looking for a quiet meal away from the maddening crowd (and table-side theatrics), he goes to Jerusalem. It's the ultimate family affair, as a mother and son team in the kitchen turn out kabbabs, hummus platters, tabbouleh, and a roster of other Middle Eastern staples. The restaurant's setting is super-chill, but there's a separate room where lively belly dancing takes place several times a week.

Running a restaurant in a tourist destination—or anywhere, for that matter—can be punishing work. When industry folks wrap up for the night, you can find lots of them hanging out in North Myrtle Beach. The Office, one of the late-night hotspots, is a draw for its from-scratch American-Italian fare, not to mention the $2 well drinks and $3 wines. About two minutes away from there is 39th Avenue, a remarkable sushi and steak joint located in an unremarkable shopping center. Don't miss the excellent live music or the happy hour from 4PM to 7PM, when prices are a steal. There are also late-night specials and live music. Larry trained as a sushi chef in Tokyo for before he opened ART, so we really trust his judgement.

MAKE A DAY OF IT

The Hot Fish Club specializes in lobster pot pie, but otherwise the menu changes regularly, so little wonder that Larry makes frequent appearances there. Of course, that’s to say nothing of the happy hour (Beers for $2.50? We’ll take it?), live music, and a delightful gazebo that overlooks the marsh. When he has the time, he’ll hit the nearby Brookgreen Gardens, a green space, cultural center, and National Historic Landmark offering all sorts of stuff to do. There's a zoo, activities for kids, and the world's largest sculpture garden, featuring over 1,400 sculptures by 350 artists, including some that date back to the early 19th century. It's worth noting that there's a concert series throughout the summer months as well as an art show featuring local artists in June in July. In December, it’s the site of the Festival of Lights/Night of 1000 Candles. Whatever the season, though, Larry's key to making it a perfect day off is a stop at Frank's Restaurant & Bar, which offers modern seafood dishes in a space that evokes a vintage chophouse. Instead of plunking yourself inside, Larry recommends you go around the side and through a small arrangement of trees until you encounter a hostess greeting you to Frank’s Outback. A deck, a canopy of trees, and water fountains make for a relaxed hangout. Larry’s keen on going with a bunch of friends and ordering appetizers, from lamb chops to crab cakes, to share.

THE PLAY’S THE THING

If you’ve never thought of Myrtle Beach as a destination for adrenaline junkies, think again. First, there’s the water sports. Mytle Beach Watersports is a go-to for all sorts of cruises and, more importantly,  jet ski rentals and such. All it takes is a 30-minute safety presentation before you can jump on a jet ski or pontoon. Larry waxes enthusiastic about cruising down the waterway, which curves around into jetties, for about ten minutes to Bird Island, home to 1200 acres of salt marshes and tidal creeks. It's one of ten sites that make up North Carolina Coastal Reserve & National Estuarine Research Reserve. Park your vehicle and zen out at the ultra-chill beach. It's home to a whimsical American treasure: the fabled Kindred Spirit mailbox in which you'll find notebooks. Join the ranks of countless travelers and locals that have written their hopes and wishes in the books for nearly 40 years.

Daredevils are further suited at the Myrtle Beach Speedway. The venue plays hosts to Monster Truck rallies, concerts, NASCAR races, and other marquee events, but on the down days, there’s the opportunity to take a class on NASCAR driving then accelerate on the track. Larry says he’s reached 101 mph.

On a bit of a mellower note, 710 is a funky new bowling alley that Larry describes as a latter day Dave & Busters, the arcade-style burger chain. A much hipper attitude prevails here, where aside from the bowling, everything--shuffleboard, pool, cornhole, etc.—is free. 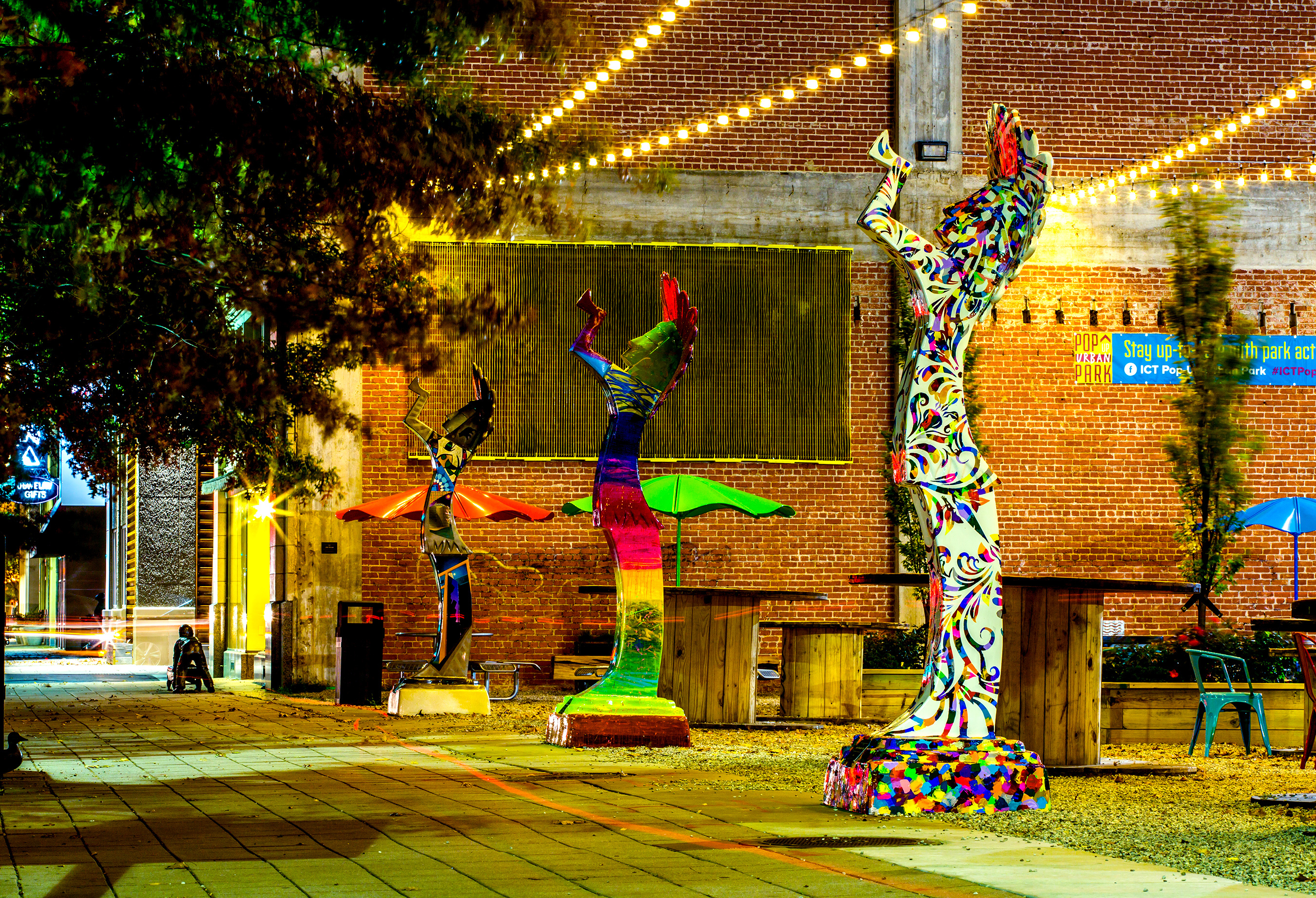 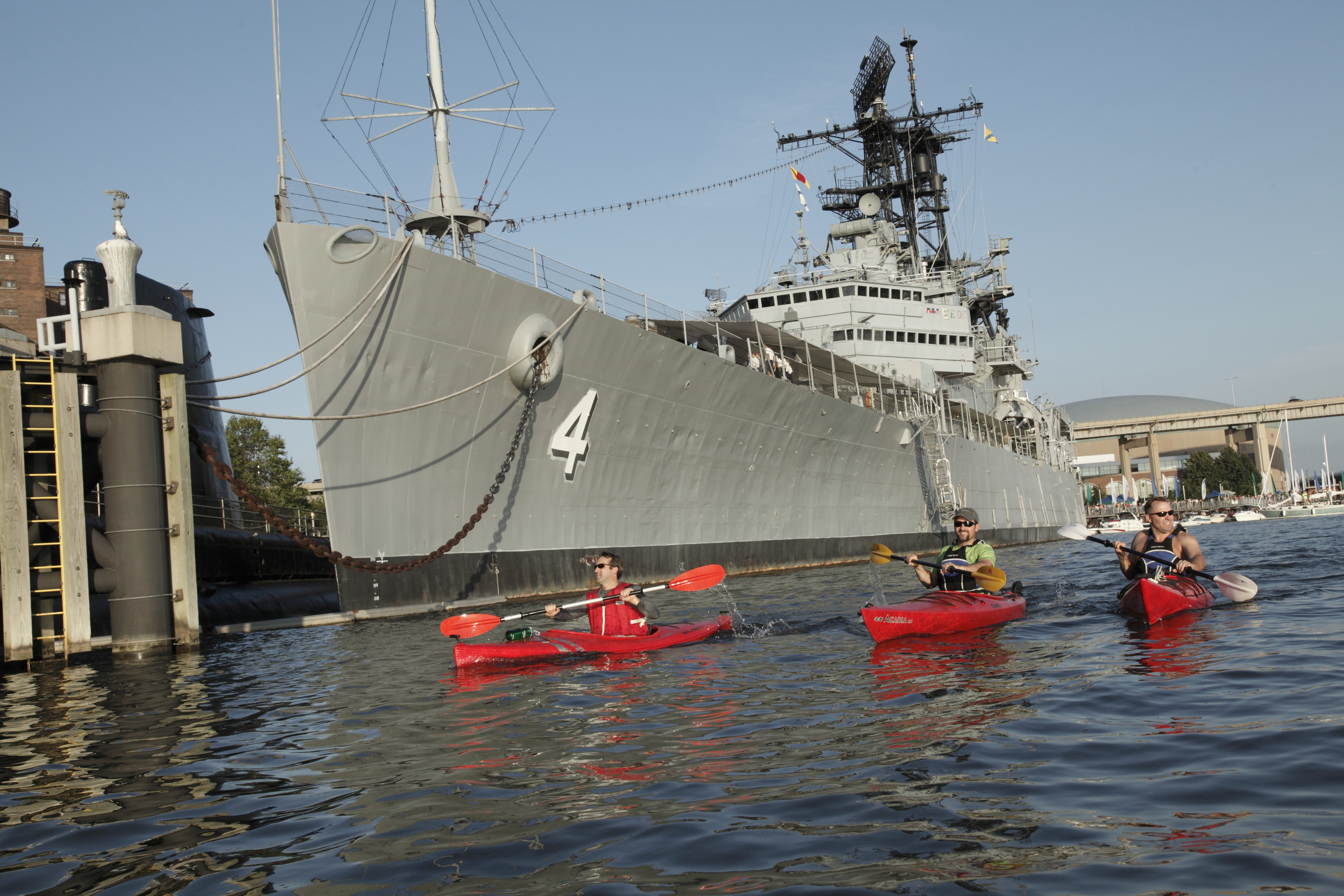