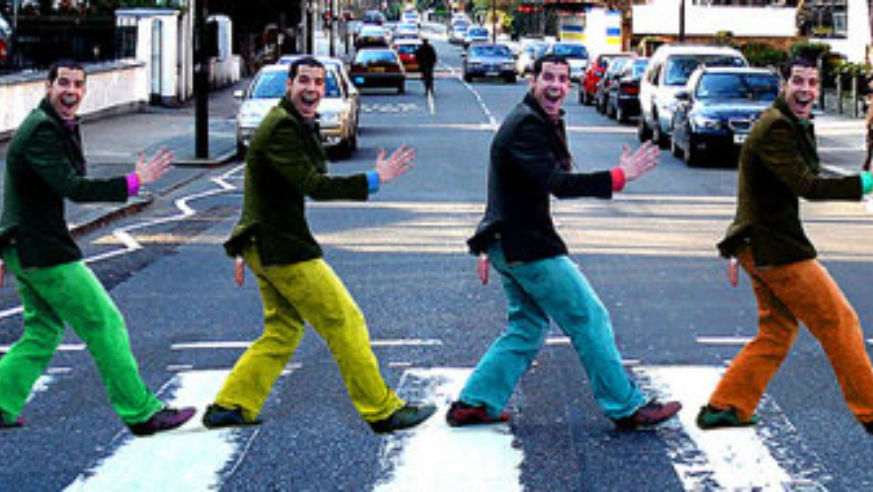 Pose outside the apartment where John and Yoko shot the famous nude picture for the Two Virgins album cover. This is also where the couple first lived together and where McCartney is said to have written "Eleanor Rigby". Location: 38 Montagu Square, Marylebone. Subway: Edgware Road

The only shared Beatles home

In 1963, shortly after relocating from Liverpool to the Hotel President in Russell Square, London, the Beatles all moved into this handsome 19th Century town house. This was the only home shared by all four Beatles. Location: 57 Green Street, Mayfair. Subway: Marble Arch

Paul McCartney stayed here between 1964 and 1966, shortly before he was engaged to British actress Jane Asher. McCartney wrote Beatles songs in the family music room and Jane herself was the inspiration behind Beatles' classics like "All My Loving", "And I Love Her", "I'm Looking Through You", "You Won't See Me", "We Can Work It Out" and "For No One". Location: 57 Wimpole St., Marylebone. Subway: Baker St.

This formal five-story apartment building was the sight of the infamous Apple boutique, which opened in 1967. For the grand opening of the Beatles' first retail venture, which McCartney described as "beautiful place where beautiful people can buy beautiful things," the façade of the entire building was covered from top to bottom with a huge, swirling psychedelic mural. The store stocked mostly fashion and accessories but ran at a huge loss. The band eventually gave all the inventory away to the public. Location: at the corner of Baker Street and Paddington Street. Subway: Baker St.

We think it's most fun to jump on the subway and negotiate the city on foot with an A-Z city street guide in hand. You get to discover London in your own way and stop and see other sights en route. Those who prefer a tour should contact The Beatles in London, for walking tours of these five sights and others.