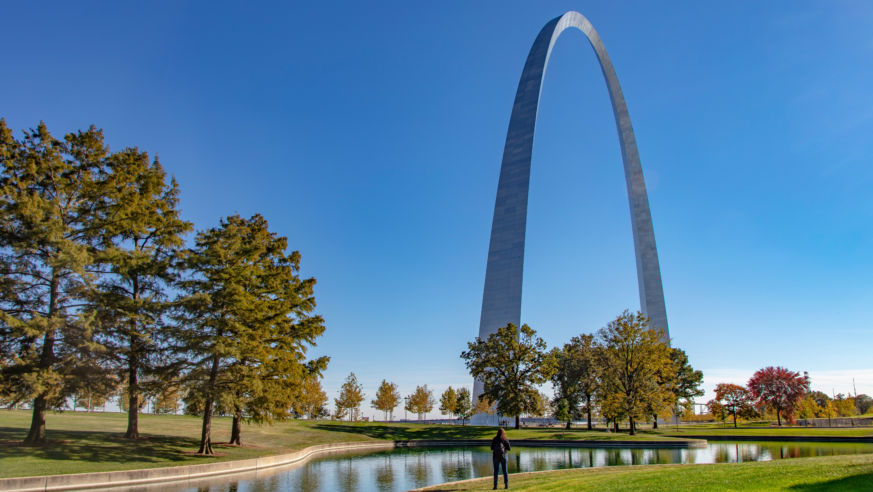 People who’ve never really considered a visit to “Flyover Country” usually find themselves pleasantly surprised — and sometimes even downright shocked — by just how much there is to see, do and experience in the great American Midwest, often for free.

Defined by wide-open swathes of farmland, friendly small towns and attractive urban cities (not to mention the bonus of much lower prices for gas and lodging than you’d expect to pay on the coasts), this down-to-earth territory holds all the makings of a memorable road trip.

With affordable attractions, tasty food and river city culture, St. Louis makes a great starting point to kick off a Midwestern road trip. At 630ft, the iconic Gateway Arch is required viewing, and America’s tallest man-made monument. The CityArchRiver project recently revamped the land that surrounds the landmark, updating facilities and adding green space and bike trails. Take the tram ride to the top for the best bird’s eye view in town, or catch a ride to cruise the mighty Mississippi on a paddlewheel-powered riverboat (snagging an America the Beautiful Pass will save you a few bucks on ticket prices). During baseball season, Busch Stadium and Ballpark Village come alive with avid Cardinals fans rooting for the home team. Even if you’re not attending the game, the sports energy in town is contagious.

Site of the 1904 World’s Fair, 1300-acre Forest Park is a one-stop cultural cache that includes museums, a zoo, a science center, a greenhouse, lakes and pedestrian paths — all free to access. There’s no charge to tour the historic Anheuser-Busch Brewery grounds and admire the Budweiser Clydesdales either. After exploring, sample some classic fried ravioli at any of the old-school Italian restaurants on the Hill and order up some ice cream or frozen custard at Ted Drewe’s. 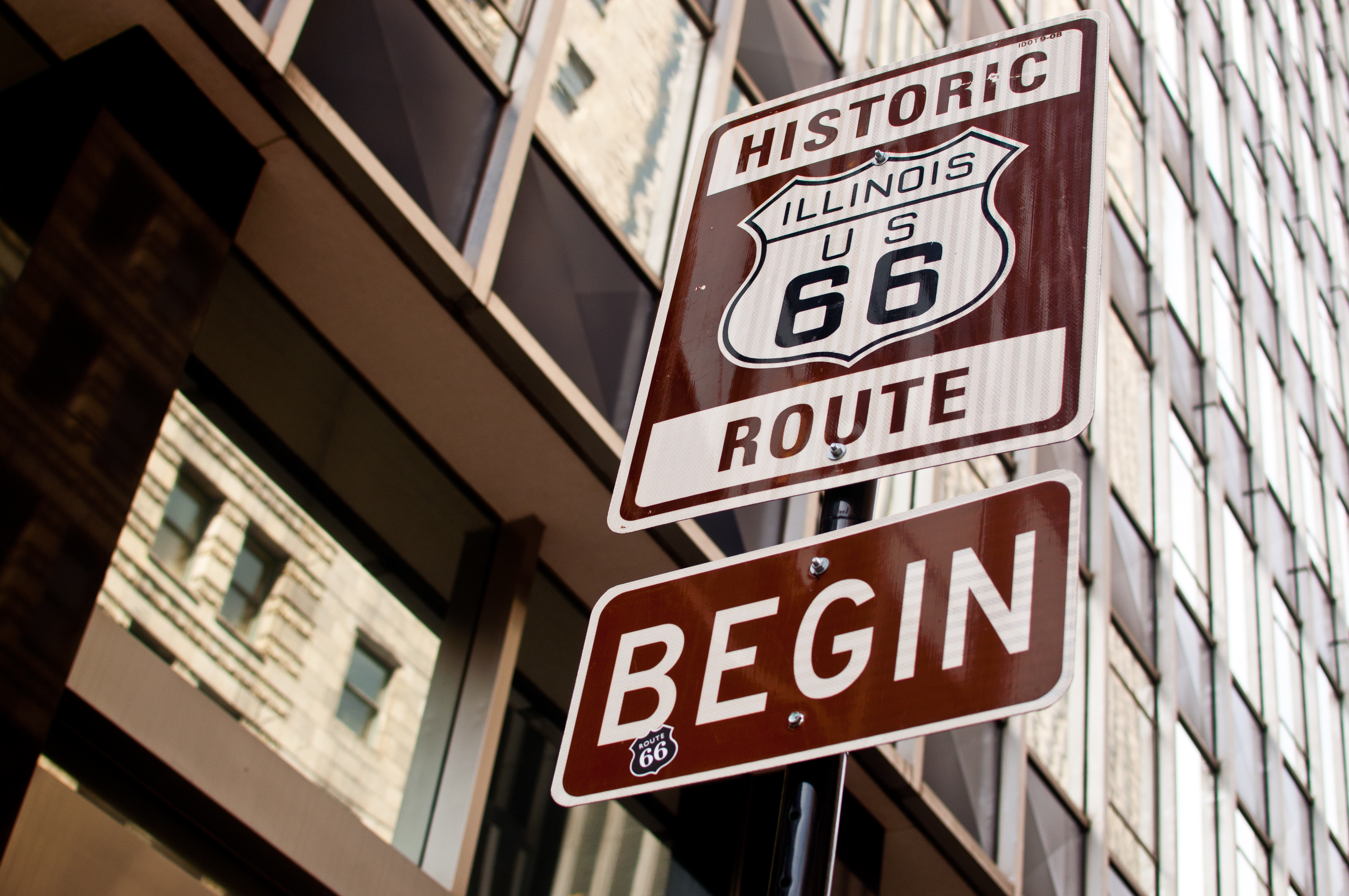 Get your kicks! Gearing up to celebrate its centennial in 2026, America’s Mother Road accounts for 300 miles of scenic byway on its Central Illinois leg between St. Louis and Chicago, (running 2,400 all told out to California). Meet up with Route 66 by crossing the Mississippi River at the Chain of Rocks Bridge and make a day of it heading northeast to take in the scenery through Litchfield, Springfield, Bloomington/Normal and Pontiac.

Commemorate the journey by snapping selfies against Americana-rich backdrops like the 30ft Gemini Giant at Wilmington’s Launching Pad drive-in, Paul Bunyon holding a hot dog in Atlanta and the Joliet Correctional Center where Jake and Elwood served time in the Blues Brothers. Hole up in a mom-and-pop motel if you need a break from the long day of driving, and keep your own motor running with a pit stop to refuel at Dell Rhea’s Chicken Basket in Willowbrook. 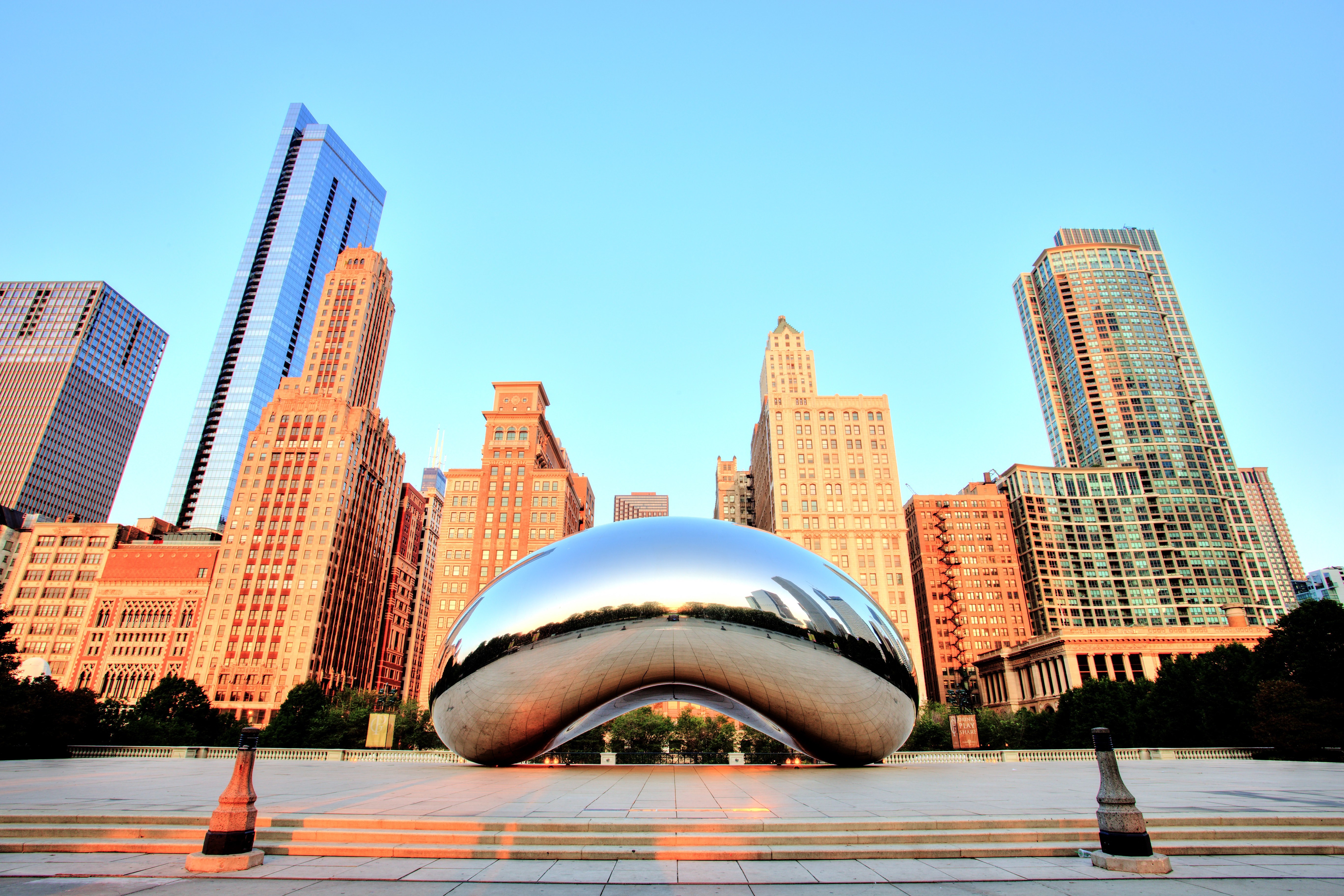 Route 66 ultimately deposits travelers in Chicago at the end of the road. A two-time World’s Fair host, the Windy City delivers a winning combination of history, sports, food and culture, inviting visitors to stick around and explore for as long as they like. Take your pick of Museum Campus attractions like the Shedd Aquarium, Adler Planetarium and the Field Museum, then venture north up Michigan Avenue to the renowned Art Institute of Chicago. Hot tip: a CityPASS packages these and a couple other top attractions to save visitors 50% on premium admission prices across the board.

After strolling through Millennium Park and taking a few photos at the Bean, take a spin on the Ferris wheel at Navy Pier and window-shop your way up the Magnificent Mile. Chicago boasts a strong theater community with performing arts showcases, concerts and events happening every night of the week, often with last-minute or day-of ticket discounts available. You definitely won’t lack for great eats, whether you opt to indulge in affordable local favorites like deep-dish pizza, Chicago-style hot dogs and global cuisine galore, or splurge on a high-end meal at one of the city’s finest dining establishments. 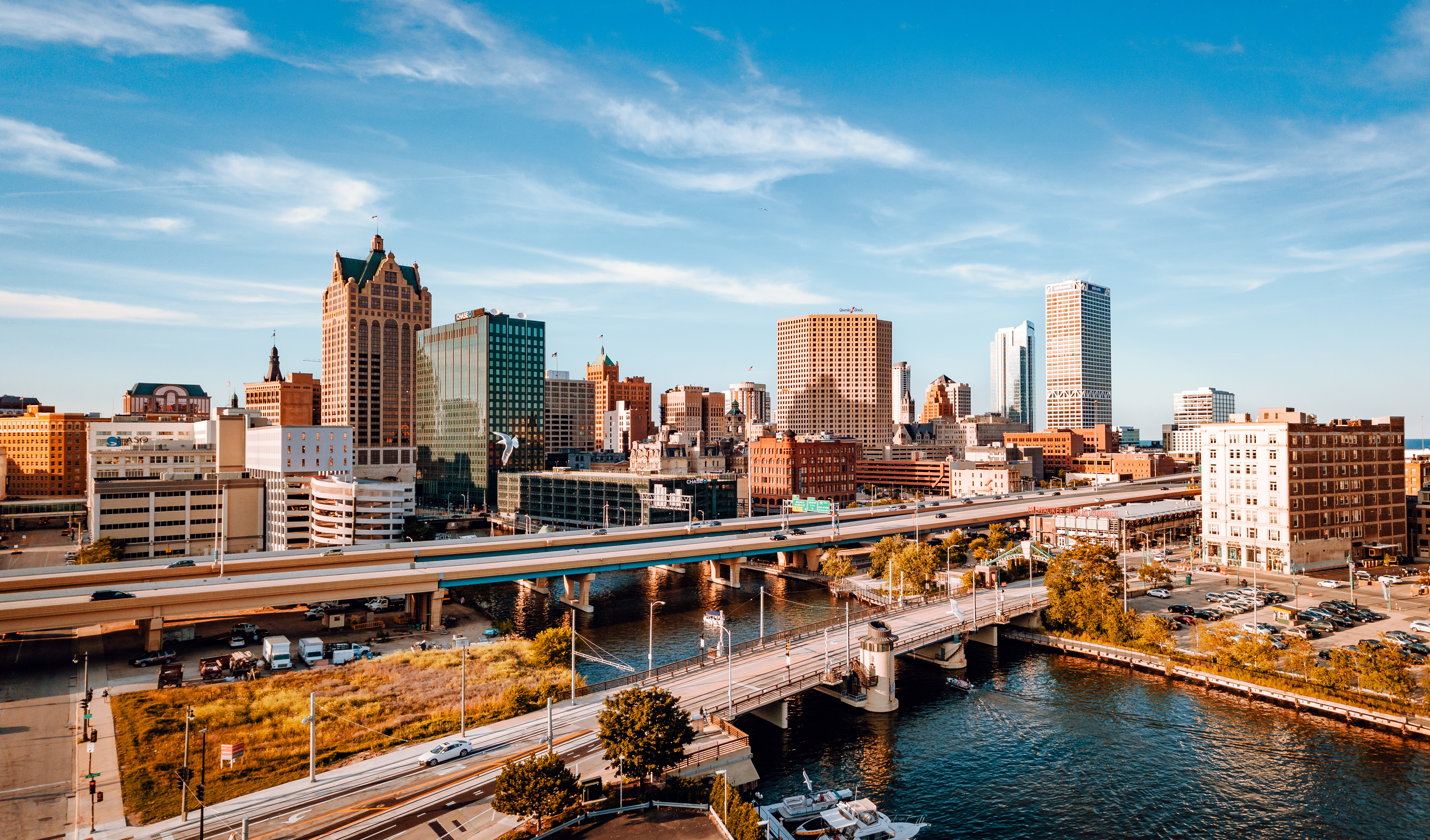 From Chicago, it’s just a quick 90-minute journey north up I-94/I-41 to Milwaukee, a town that manages to stay humble while still impressing visitors with its style and substance. The Harley-Davidson Museum is a pilgrimage destination for legions of brand-loyal customers. After a visit, learn all about the city’s beer heritage with a tour of Miller Brewery or Sprecher Brewery. You’ll need something to eat, and wholesome dairy is what’s on the menu (this is Wisconsin, after all), namely in the form of cheese curds, butter burgers and frozen custard. Milwaukee’s Public Market in the Third Ward offers a one-stop opportunity to sample it all under one roof.

When the weather’s nice, the river and lakefront encourage locals and visitors to get outside and enjoy some water recreation. Meanwhile, the Milwaukee Art Museum (the Santiago Calatrava-designed “wings” that fan open and shut twice a day are a free show in and of themselves), a reputable repertory theater and a rocking roster of summer festivals keep Milwaukee solidly rooted in the arts. At the end of the day, the historic (and haunted?) Pfister Hotel proposes stylish confines in which to rest your weary head. 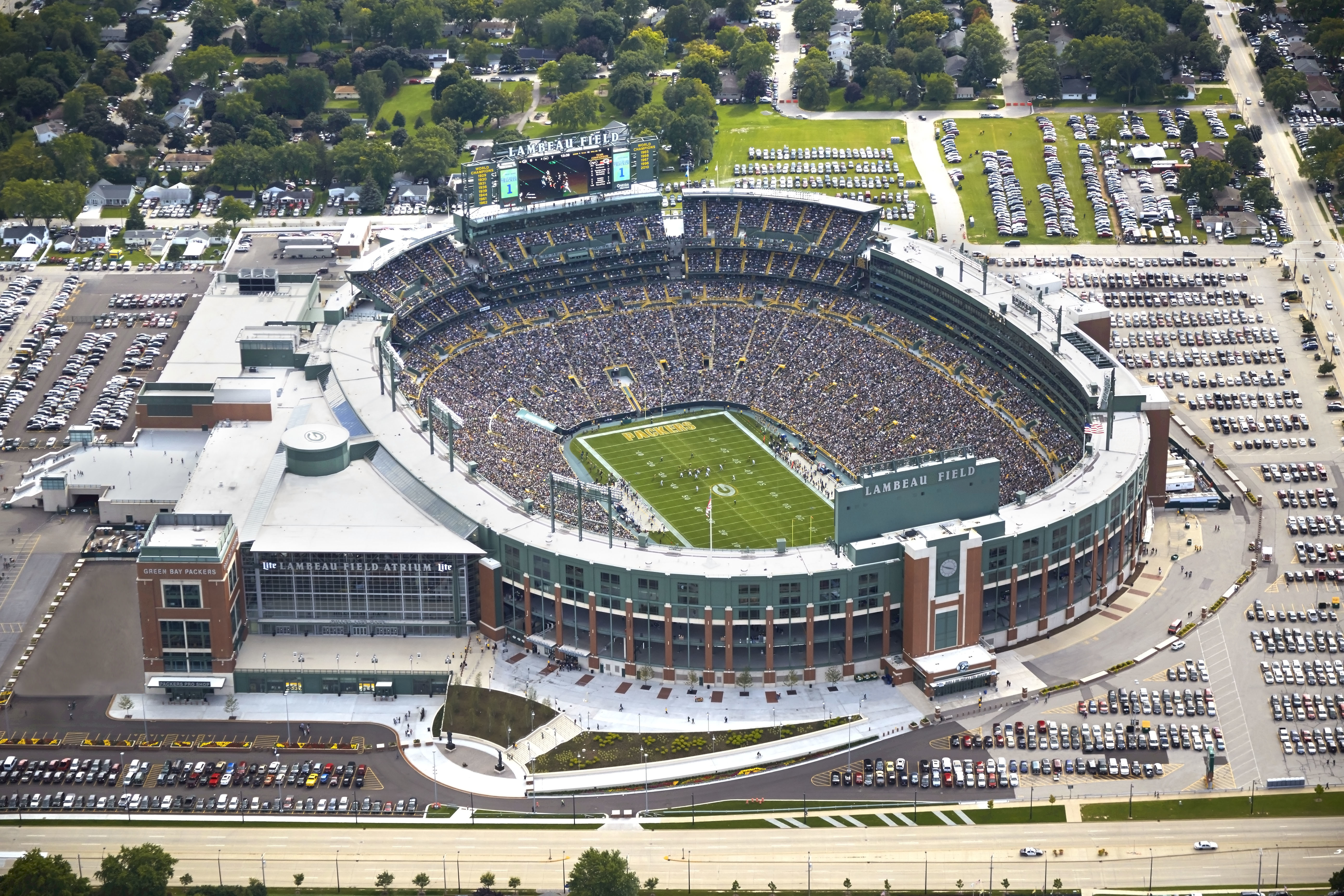 Keep on trucking up I-43 for about two hours and join “the Pack” in Green Bay, Wisconsin’s oldest settled community where pro football reigns supreme. Don some green and yellow to show your loyalty for raucous tailgating at the 80,000+ seat Lambeau Field; the Green Bay Packers Hall of Fame, tours of the stadium and the Titletown entertainment district next door are available all year long.

Sports aren’t the only attraction here, though — breathtaking hiking territory abounds with landscapes that show off dolomite cliffs, waterfalls and beachfronts. Made from hearty stock, Green Bay residents don’t shy away from the long cold winters, opting instead to make the most of the season with ice skating, tubing, snowshoeing and cross-country skiing. You can always thaw out in front of any of the local restaurants, cafes and brewpubs that feature cozy fireplaces. Or, belly up to a local bar for a good old traditional Friday-night Wisconsin fish fry.

It’s a five-hour jaunt across S.R. 29 to Chippewa Falls and then up US 53 over the Minnesota state line into Duluth. Along the idyllic banks of Lake Superior, the great outdoors are alive and well here, especially during the fall when the Northwoods foliage bursts into spectacular shades of burnished orange, red and gold. Settled by the Sioux and Chippewa tribes, the city now serves as entrance to the North Shore Scenic Drive that runs 154 miles up to Grand Portage, just shy of the Canadian border.

The Aerial Lift Bridge is Duluth’s crown-jewel landmark, raising and lowering nearly two dozen times each day to accommodate the passage of ships and boats traveling into and out of the harbor. The Canal Park district appeals to visitors with charming local restaurants to frequent and the Lakewalk to wander. 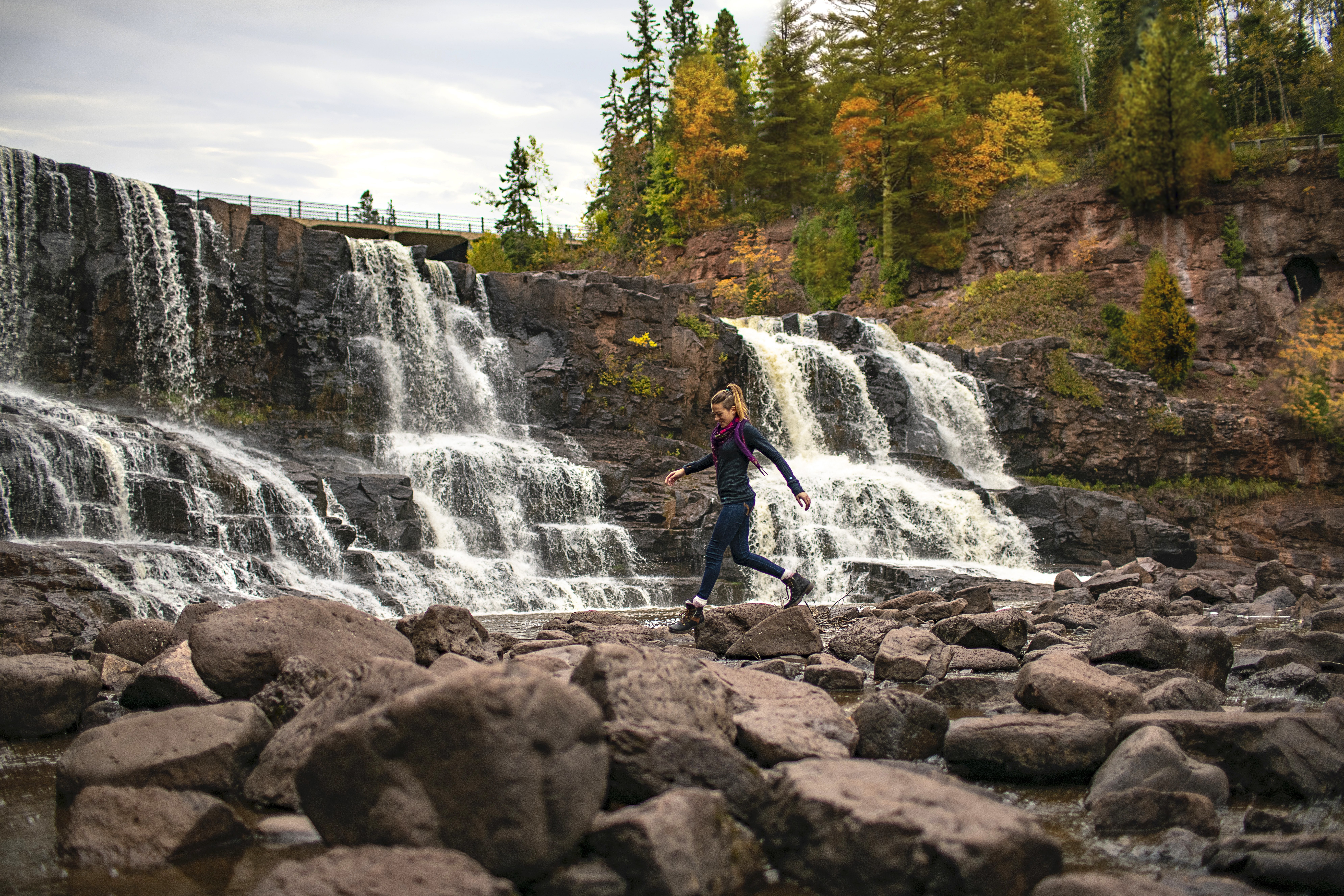 From Duluth, follow the North Shore Scenic Byway 40 miles northeast past glimpses of the lake, forests and rock formations to wind down the journey at Gooseberry Falls, one of Minnesota’s most stunning state parks.

Stretch your legs with a walk around the Falls View Loop to drink in the namesake Upper, Middle and Lower cascades. A slice of cherry crunch or French Silk at Betty’s Pies in nearby Two Harbors makes the perfect sweet finale.

You might also like:
Midwest travel ideas: 8 under-the-radar destinations to visit in America’s Heartland
How to road-trip Canada on a budget
Audiobooks to narrate your US road trip