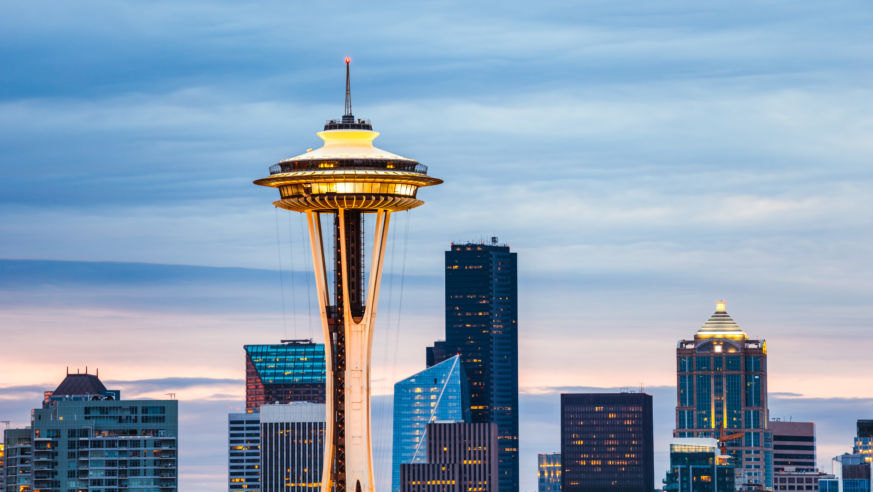 From the hustle-bustle of big cities with vibrant food and culture to serene moments in some of America’s most eye-popping parks, a scenic drive from the Pacific coast to Idaho makes for an epic vacation.

Two major vacation-planning questions pop up again and again: City or country? Ocean or mountains? But there are places where the answer to both questions is, “Yes, yes, yes, and yes.” America’s Pacific Northwest may be the best example, boasting Pacific beaches and the coastal mountain range, the cities of Seattle and Portland, gorgeous rivers and forests, and the decidedly cool little city of Boise, in the foothills of the Rockies.

Ready to get started? Here, a step-by-step itinerary that’ll take you across one of the US’s most rewarding regions.

Kick off your Pacific Northwest road trip in Seattle, Washington, where you’ll indulge in fresh seafood, legendary coffee, sea kayaking, and more. Pike Place Market is iconic and busy but worth a visit for fresh fish and other culinary delights – strolling and shooting pics is free. Don’t miss Seattle’s cool museums, including the rotating exhibits and excellent guided tours at the Frye Art Museum, the world-class collection at the Seattle Art Museum, and the immense (and immensely impressive) works to be found in Olympic Sculpture Park.

Speaking of parks, Seattle’s ample green spaces deserve to monopolize much of your time here; from the little Waterfall Garden Park in the city’s Pioneer Square section to the 500+ acres of forests and beaches of Discovery Park, you’ll have to remind yourself you’re still in town. And for dramatic panoramic views, forgo a trip to the Space Needle and instead head to Kerry Park or Queen Anne Hill. If you plan to spend a night or more in Seattle before hitting the road, downtown’s Hotel Max has a convenient location for walking to major sights and its stylish rooms are the perfect place to rest up before hitting the road. 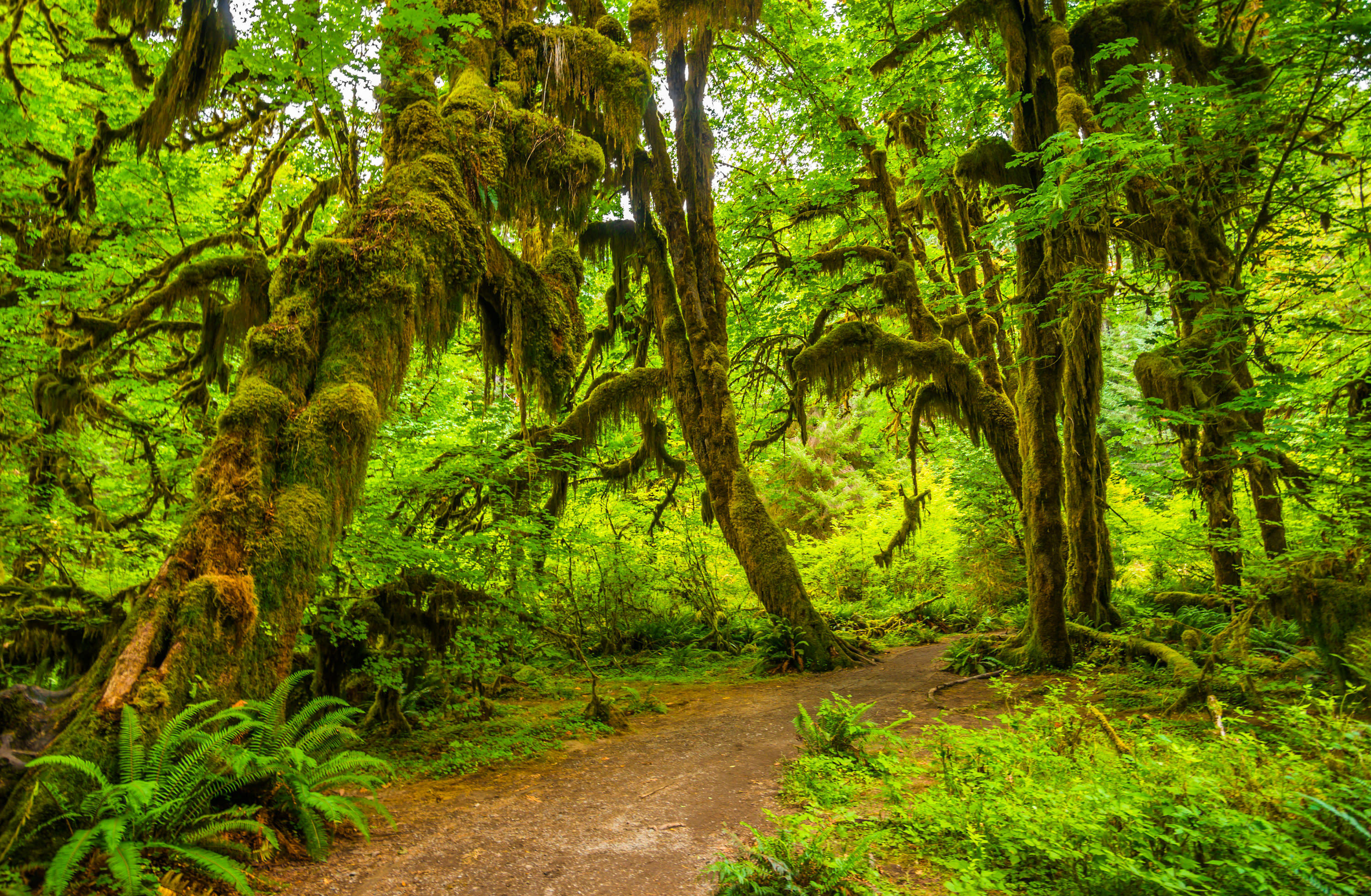 From Seattle, you’ll hit I-5 South, then 101 North as you arc around the bottom of Puget Sound and then up the Olympic Peninsula, a two-hour drive to one of the National Park Service’s lesser known but utterly unforgettable destinations: Olympic National Park. Here, visitors can indulge in miles of Pacific coast, exploring the one of the US’s last temperate rainforests, and ogling the coastal peaks on easily accessible hiking trails.

Comfortable lodging within the park includes Kalaloch Lodge, with rooms starting well under $150/night; the nearby charming town of Port Angeles also boasts an array of affordable properties. 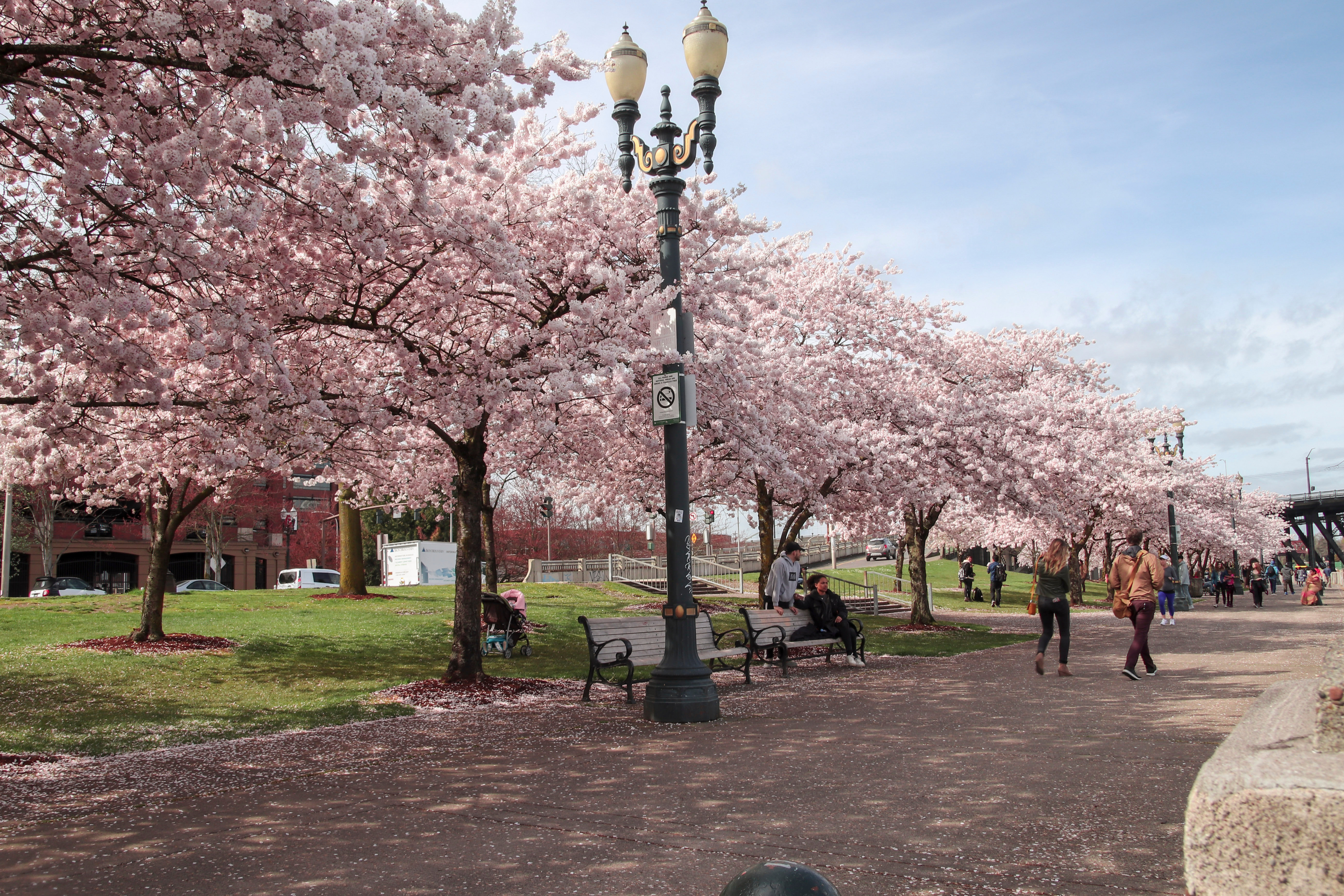 From the Olympic Peninsula, you’ll dip into Oregon: take I-5 South for the three-hour drive to Portland’s exceptional food scene and parks. For those who put eating at the top of their travel to-do list, Portland is an epicenter of yum. For retro-chic ambience and beef and martinis, reserve a table at Clyde’s Prime Rib; explore the city’s penchant for the artisanal at its countless craft breweries, charcuterie and cheese shops, an array of affordable and tasty food trucks.

And, much like Seattle but on a smaller scale, Portland boasts parks, including Mt. Tabor and Forest Park, that’ll keep any visitor busy for days, and a bike-sharing program with dozens of stations makes it all the easier to explore. You’ll love Jupiter Hotel, an upscale riff on a mid-century motor lodge in the city’s Lower Burnside neighborhood, with affordable, pop-art-informed rooms. 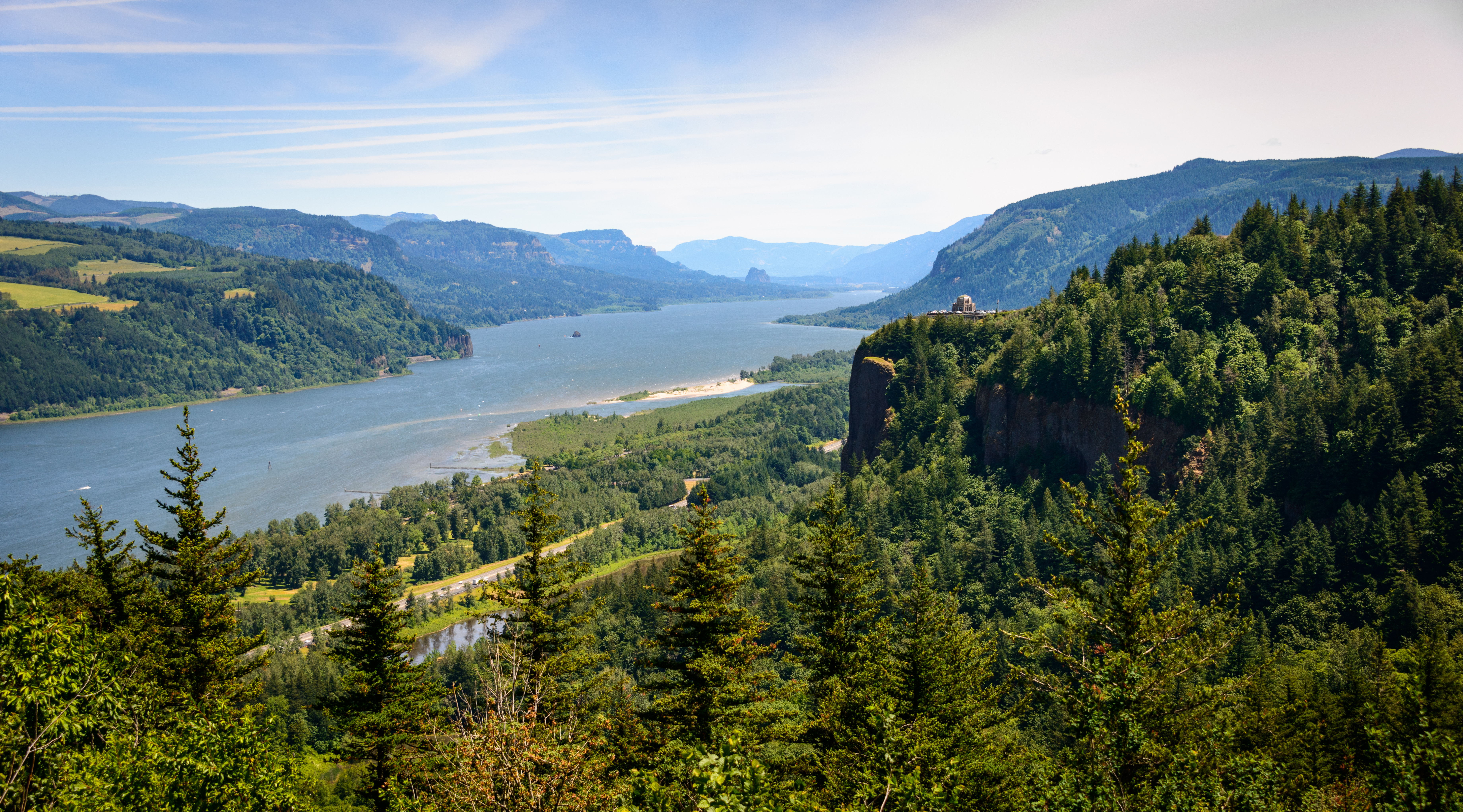 From Portland, you’ll pass in and out of Oregon and Washington along I-84 East and WA-14 for about a half-hour on your way to indulge in a journey along the Columbia River Gorge, with its ample scenic turn-offs and nearby world-class wineries.

The Cascade Mountains serve as your scenic backdrop as the river cuts its way through the range on its way to the Pacific; keep an eye out for waterfalls within sight of the highway and consider pulling off for mountain biking and hiking. If you’re planning to spend a night or two, impressive nearby properties such as Westcliff Lodge and Columbia Gorge Hotel & Spa offer reliable, wallet-friendly lodging. And spending the night allows you to make time for sipping some of the region’s exceptional pinot noirs, chardonnays, and other wines. 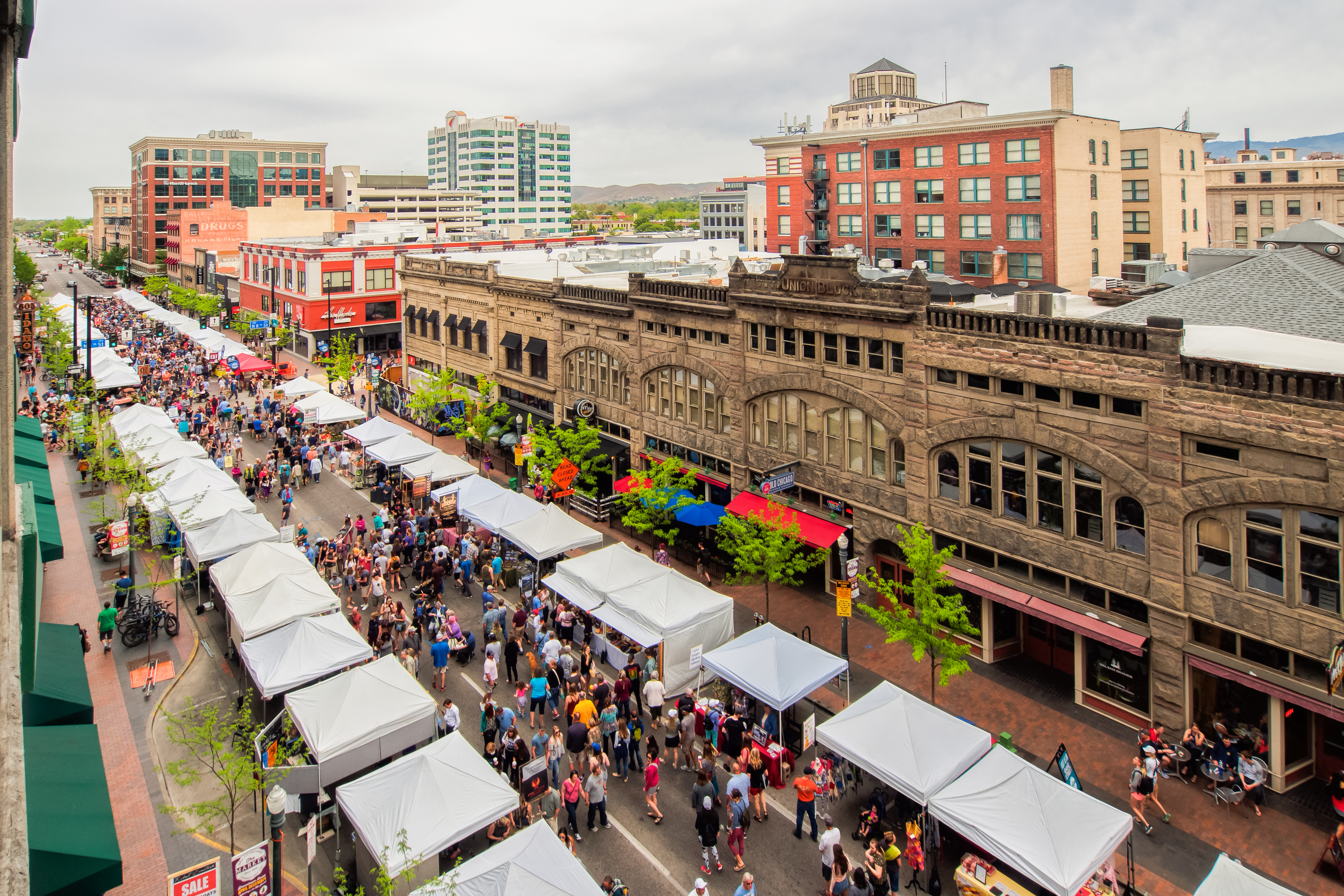 Boise, Idaho, will welcome you with its array of funky downtown shops, mountain trails in the foothills of the Rockies accessible right from town, and an overall design-forward vibe. From the Columbia River Gorge, take I-84 East for the five-hour drive. (If you’re looking for a stop in between to break up your ride, consider Baker City, Oregon, which features a restored downtown, carriage rides, and the bordering Elkhorn and Wallowa mountains.)

In downtown Boise, you’ll love shopping at one-of-a-kind establishments that offer vintage finds, local-themed books, and artisanal treasures such as barrel-aged vinegar and olive oil. While strolling, keep an eye out for public art, which the city has made a priority, including a tree crafted from scraps of metal and other projects that enliven the streets. If you’re visiting in April through December, stop by the Capital City Central Market for an incredible array of Idaho-made crafts and foods. And we absolutely love how the Modern Hotel and Bar offer art-inspired rooms and a restaurant that draws on diverse French and North African influences, all in an upgraded former motel with rooms starting under $150/night. 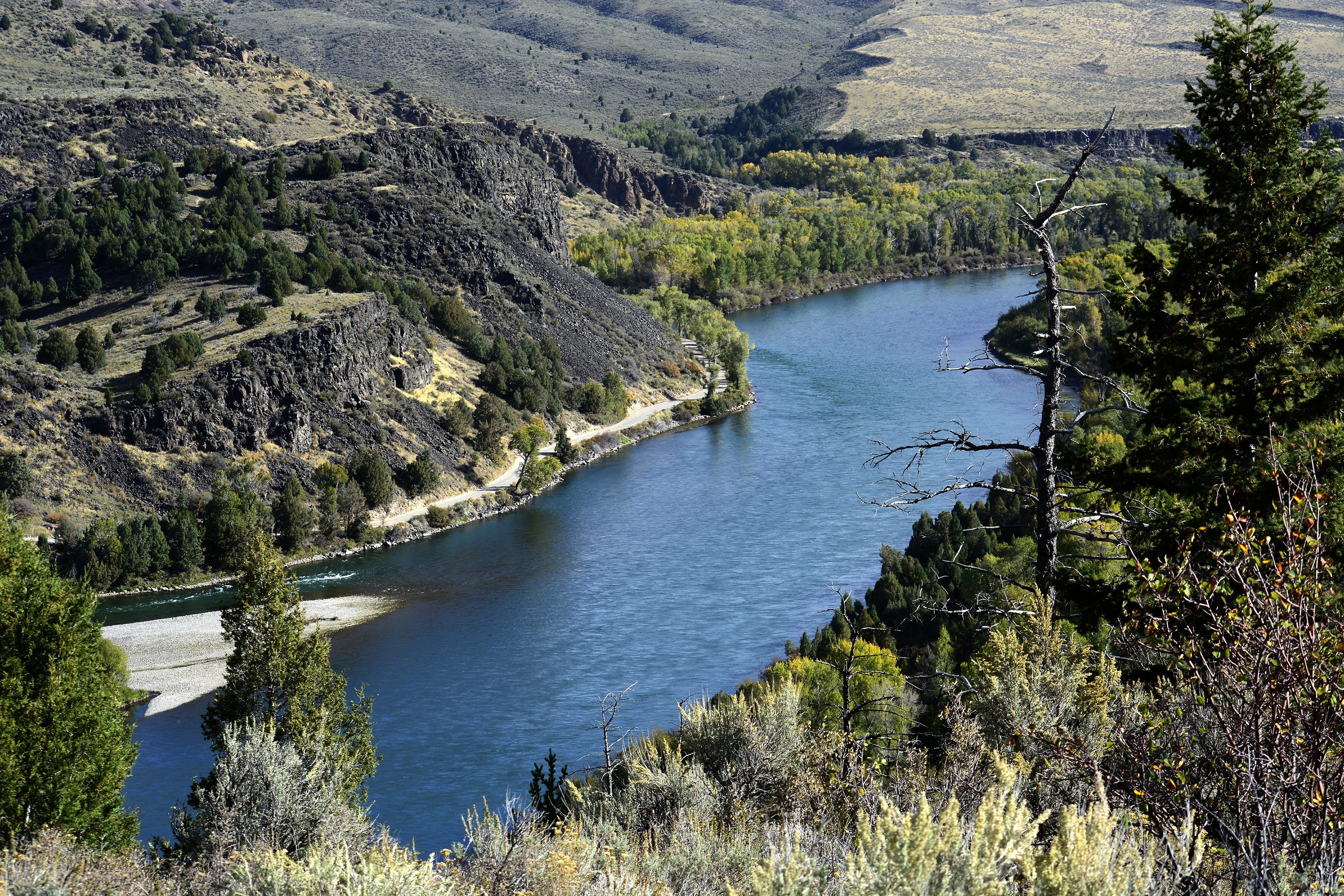 Cap off your road trip by discovering Idaho’s Snake River Valley – a two-hour drive from Boise along I-84 East – where a visit to the 500ft-high Perrine Bridge spanning the Snake River Canyon will take your breath away. Explore the canyon’s south rim along a paved trail, and don’t miss one of the most Instagram-worthy sights on this trip, Shoshone Falls. Bunk down in nearby Twin Falls, where there are several reliable motel chains that offer good value.