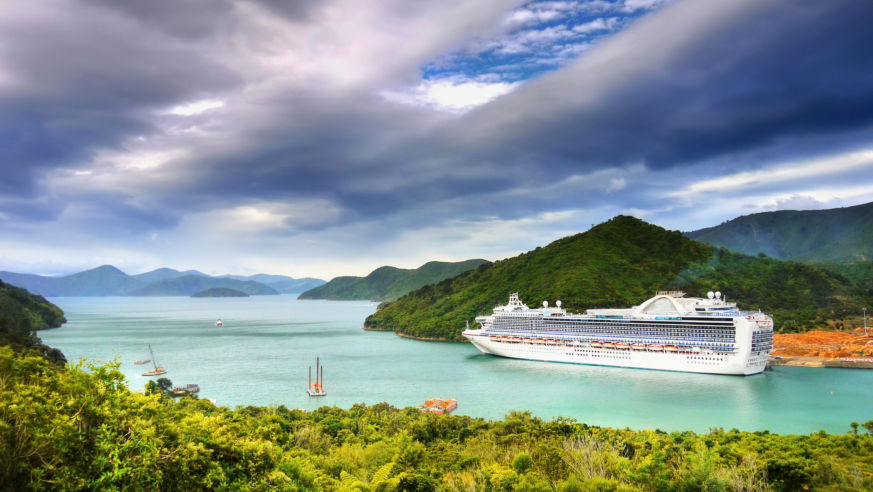 Got a hankering for adventure? So do millions of other travelers, which is giving a big lift to the cruise industry, a new report shows. In this edition of Travel News, we have the details on the study, an update on the ravaging wildfires, and a not-so-subtle reminder that it’s never to early to start planning fall travel, especially if you’re interested in the country’s biggest Day of the Dead celebration.

More than 27 million people board cruise ships each year and that number is on the rise. According to a recent report from the Cruise Lines International Association, 62 percent of agents surveyed report a spike in cruises booked to Alaska, which now ranks the fastest growing destination in the cruise industry. The Caribbean/Bermuda/Mexico, Mediterranean Europe, and Canada/New England are also seeing popularity growth by 41 percent, 36 percent, and 36 percent, respectively. Most agents cite more vacationers with an itch for adventure as the driving force, a major reason for Alaska’s popularity. It makes sense, then, that the report found younger travelers taking more cruises. Over the past two years, bookings by travelers ages 40 to 49 have increased by 39 percent and by individuals aged 30 to 39 by 43 percent. The enthusiasm has also played out in consumers’ willingness to spend more, shelling out cash to add land-based excursions to their trip.

IN TRUE TEXAN STYLE, SAN ANTONIO GOES BIG TO CELEBRATE DAY OF THE DEAD THIS FALL

New Orleans has Mardi Gras, Boston has its St. Patrick’s Day Parade, and San Antonio has Día de Muertos. The ancient traditional Mexican holiday, Day of the Dead, is a commemoration of those who have passed away. It’s so historic that it was added to UNESCO’s Representative List of the Intangible Cultural Heritage of Humanity in 2008. This year, as San Antonio celebrates its Tricentennial, it’s pulling out all the stops for the three-day holiday, holding 20 events from October 20 through November 3. Free music and cultural performances will take place pop-up-style in the city's public spaces. Plus there are various festival-esque events like Muerto Fest, a free festivity with traditional open-air alters, parades, live poetry and a remarkable range of live music. Local youth steal the spotlight on November 2 and 3 for Say Si Muerititos, a community event where students showcase their art as local dancers and musicians perform throughout the day. And restaurants around San Antonio are pitching in with specials throughout the two weeks. In short, if you haven’t arranged your travels to this city to celebrate its centuries-long heritage, you can double-down on the revelry if you start planning now.

With 16 active blazes in the state and one just over the border in Oregon, California’s first responders are putting out fires on multiple fronts, from the Ferguson Fire, which forced parts of Yosemite National Park to close for the first time in nearly three decades, to the Mendocino Complex Fire, the largest in the state’s history. In northern California, outside of Redding in Shasta County, firefighters continue to battle the Carr fire, the state’s sixth-most destructive of all time. As of Friday morning, California’s Department of Forestry and Fire Protection is reporting that the Carr fire is 51 percent contained, but it’s burned 181,496 acres and claimed eight victims so far, with a red-flag warning in effect through Saturday night due to hot, dry conditions and gusty winds. While the Whiskeytown recreation area has been evacuated and is closed to visitors until further notice, some of the region’s notable attractions remain open, including McArthur-Burney Falls Memorial State Park, the museum at Turtle Bay Exploration Park, Lake Shasta Caverns, and Santiago Calatrava’s Sundial Bridge. “We have been so impressed by the tremendous efforts and sacrifices made by emergency services personnel, and we are so proud of this community,” says Laurie Baker, CEO for the Redding CVB and general manager of the SCWA.