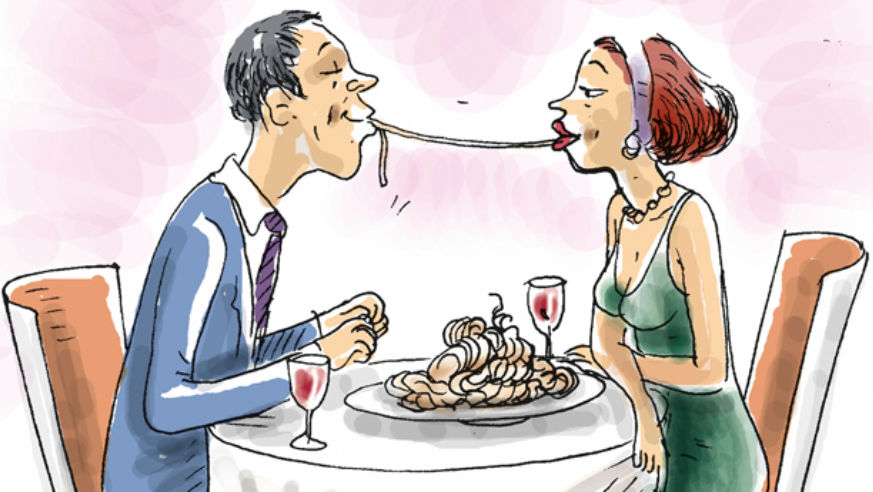 When it comes to romantic getaways, "unforgettable" isn't always a good thing. Here are 12 real-life trips that went hilariously wrong.

Is there anything better than getting away from it all with your better half? But sometimes things don't go according to plan. From unwanted guests (be it wildlife or in-laws) to quarantines to hurricanes, these 12 true stories from Budget Travel readers will amaze—and amuse—you.

On our final day in Cancún, I headed to the beach to read while my wife went to the room. After an hour, I called the room, but there was no answer. I figured she got sidetracked. When another hour passed with no sign of her, I called again—still no answer. As soon as I walked into the room, I heard pounding on the bathroom door and saw a washcloth on the floor with "help" scrawled on it in mascara. "Get me out of here!" my wife was yelling. "I'm locked in!" She'd been trapped in the bathroom for two and a half hours. What a way to spend Valentine's Day! —Gene Jackson, Longmont, CO

When my husband and I were engaged, his parents said they would give us a honeymoon to remember. We instantly had visions of Hawaii or Mexico. Not quite. They told us we were heading to Disney World in Florida, then added that they'd always wanted to go themselves and were coming along. "That's great!" I told them—what else could I say? In the end, my mother-in-law invited two friends, the friends' three kids, and my sister-in-law and her husband. I can't say a lot of honeymooning went on, but my in-laws did give us a trip we'll never forget. —Cristina Beitz, El Cajon, CA

My partner and I stayed at Arenas del Mar in Costa Rica, which is ranked as one of the most "green" hotels in the country. We were in the top floor apartment, with a balcony overlooking the Pacific that had a huge hot tub, providing the perfect sunset view. While my partner was out exploring the resort, I decided to surprise him with some wine and a soak. I turned on the faucets, adjusted the temperature, and started the jets. As an afterthought, I added some scented eco-friendly body wash from the bathroom and went in to get the wine. Within five minutes, there was a knock at the door-it was the manager, and he wanted to look at my balcony. We walked out to discover a waterfall of bubbles cascading over the tub and onto our neighbors' balcony below! Even worse, the bubbles were rolling off their patio and down the cliff, covering trees and plants that had been full of birds, lizards, and monkeys. The manager directed my attention to a placard stating that no additives should be put in the hot tub. For days afterward, we would hear our downstairs neighbors commenting (loudly) about how unusual it was that they never saw any more iguanas or monkeys around their patio. At least the bubbles were biodegradable! —Bryan Craft, Naples, FL

One gorgeous evening on Kauai, my longtime boyfriend and I were lying on the beach gazing at the stars. It was such a romantic setting that I started expecting him to propose. Instead he yelled, "Stop pinching me with your big toe. You know I hate it when you do that." I said that I hadn't touched him, and I was upset that the mood was ruined. Then he sat up and yelled, "Something just moved!" I didn't see a thing, but he said, "There are crabs all around us." To my horror, it suddenly looked like the sand was moving. We ran screaming like little children—and got engaged two months later in Chicago. —Lori Wheeler, Columbia, MO

On our first night in Venice, my husband suggested we take a gondola ride as the sun set. I'm the planner in the family, but it turned out my husband had been doing some planning of his own. He reproposed and gave me a beautiful new diamond ring! It was one of the most romantic moments of my life. We were kissing in a quiet side canal, water lapping gently against the boat, when we heard: "I'm a Barbie girl, in a Barbie world, life in plastic, it's fantastic." Instead of killing the moment, our gondolier's cell phone ring tone made it even more memorable! —Lori Hlucky, Brunswick, OH

While in Guanacaste, Costa Rica, my husband, Scott, and I arranged a day trip to Tabacón Hot Springs. After a quick hike, we hurried back for our mineral mud bath. The other guests were already coated in mud and baking in the sun. When we entered the adobe hut for our turn, two Costa Rican men motioned Scott to leave while they studiously painted me from head to toe. Leaving no skin uncovered, they followed very close around my bikini. When I emerged, the other people in our group asked how I got my mud on so perfectly--theirs was streaky and uneven. I said that was how the two Costa Rican men applied it. "What Costa Rican men?" they said. "We were all told to put it on ourselves!" Scott and I never did see those two men again.—Pam Anderson, Sussex, WI

As we strolled around Luxembourg Gardens in Paris, a girl laughed when my boyfriend asked her to take our picture. I had no idea what was going on! Mike's first language is French, but it was a little rusty. He explained later, he had told her he was going to propose marriage to "ma petite fille" (my little daughter). Even through her laughter, she captured the moment for us. I said yes, and he still calls me his "petite fille." —Cassie Gokey, Atlanta, GA

My husband and I were in Italy enjoying a romantic dinner in a lovely little restaurant. Since I'd recently quit smoking, I was savoring every morsel. But when I finished my meal and saw a gentleman across the room light a cigarette, I just couldn't help but look at it longingly. I had always loved a cigarette after a good meal. Before we left, I went to the ladies' room. When I came out, a waiter handed me a piece of paper indicating that it was from the man with the cigarette. To my great surprise and embarrassment, the note read "call me" and included the name and telephone number of his hotel, along with his room number. Needless to say my husband and I left in a hurry, and he had yet another reason to add to his list of why I should not smoke. —Linda King, Rensselaer, NY

My husband and I went to Santorini, Greece, for our honeymoon. The day after we arrived, Rocco had a fever, a cough, a cold, and body aches. After 24 hours, we went to a doctor, who sent us to a medical center for tests. There, we were stuck in an unfinished room with a twin bed and told we'd be quarantined until the results were in. After 36 hours, they arrived—Rocco had the H1N1 virus, and we were told we had to stay in the room for five to seven more days. Our hotel brought us our luggage, plus sheets, a cot, towels, a cell phone, and food. We missed flights to Crete and Athens (and prepaid hotels in both places) and had to buy new tickets home. I'd say we had the worst honeymoon ever! —Anna Maria Calo, Glen Cove, NY

My husband and I went to Caiazzo, Italy, to see my relatives. They don't speak English and my husband doesn't speak Italian, so I was the translator. On our first night at my cousin's house, she handed me two towels and a small box labeled INTIMO. My husband assumed it was for "intimate" purposes for the two of us and tried to rush me off to the bedroom, yelling, "Grazie! Grazie!" That's when I realized he was excited about a box of soap for the bidet. As I explained things to my relatives, they laughed hard, and for days the men in the family kept nudging my husband and giving him the thumbs-up. —Lorena Aguilar, Woodbridge, VA

11. A THING OF BEAUTY IS A JOY FOREVER

While dining at Bobby Chinn's Restaurant in Hanoi, Vietnam, my wife ordered—unbeknownst to me—a side dish called, "We tell you that you are beautiful all night long." (It was listed on the menu as a side dish, right above the green salad, for $2.) When the waiter brought our food, he paused, looked me in the eye, and, much to my surprise, told me that I was beautiful. This continued for the entire meal. Between the waiter, busboy, and bartender I was told no less than 10 times that I was beautiful. The food and service were hands down the best we had in Vietnam. My only complaint: I wish that we'd had a waitress! —Jason Mullin, Chicago

We spent our last dime on our dream honeymoon in Cozumel, Mexico. For two days, we toured the town and were looking forward to a visit to Tulum and scuba dives at some of the world's best reefs. Instead, we got Wilma, a 52-hour hurricane with winds up to 155 mph and waves that shook our hotel. We had planned on staying in the room, but not under those circumstances. —Nicole and Matt Jacobson, Montrose, MN