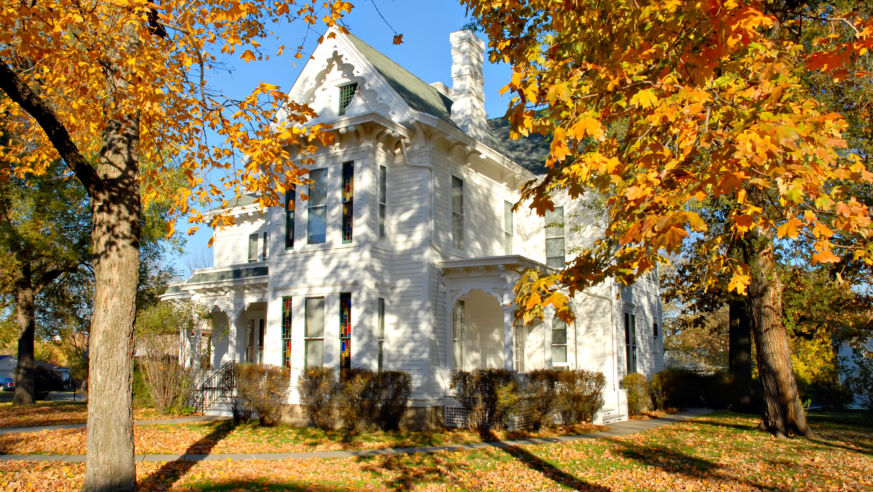 Get ready to discover American history, culture, and the arts in a whole new light: By visiting the homes of some of our nation's luminaries.

You can read an author’s entire body of work, study a president’s legacy, or celebrate the achievements of a civil rights hero, but nothing gives you a true understanding of a famous figure like a visit to the place she or he lived. Their home is their sanctuary for creating their art, developing and carrying out their righteous mission, or simply experiencing life in a setting that influenced them. Here are a few historic homes that deliver a thorough education and, if you’re open to it, inspiration.

From 1919, the year he married Bess Wallace, until his death in 1972, President Harry S. Truman lived in a simple Victorian home in, fittingly enough, Independence, Missouri. (During his eight-year residency on Pennsylvania Avenue, it was known as the ‘Summer White House’)

A wander through this home delivers an intimate look at the life of the World War I veteran and 33rd American President. Like most presidential homes and memorials, this one is part of the National Parks Service and tours by park rangers happen regularly. The home is so loaded with period details, family heirlooms, personal objects and memorabilia that a guided tour is well worth it.

One of the cornerstones of American democracy – a woman’s right to vote – took root at a modest, pre-Civil War brick house in Rochester, New York, which is located about 90 minutes from Niagara Falls. Pioneering activist Susan B. Anthony turned her house into the headquarters of the suffrage movement, and when she wasn’t campaigning across the country, she was organizing from the parlor here, often with anti-slavery activist Frederick Douglass and fellow women’s rights activist Elizabeth Cady Stanton.

Check out the third-floor attic, where she penned many political documents, and the second floor features a collection of memorabilia that tell the story of the suffrage movement.

America’s 35th president was born and raised just outside of Boston, in the ritzy suburb of Brookline, and to this day, the unassuming home where he spent the first three years of his life stands as a monument. It’s a museum-like destination showcasing Kennedy family mementos and photographs.

George Washington, Thomas Jefferson and Alexander Hamilton are just a few of the notables who dined in the Morris-Jumel Mansion, a country retreat built in 1765 on an elevated perch overlooking Manhattan in what is now the Sugar Hill neighborhood of Harlem. It was commissioned by Roger Morris, a colonel in the British Army, and his wife Mary. But in 1776 it was seized by the Continental Army and transformed into General Washington’s HQ.

About 35 years later, it was purchased by wealthy businessman Stephen Jumel who pulled out all the stops to refurbish it. Known to be the oldest house in Manhattan, its period details have been carefully maintained, much to the joy of locals over time. (Duke Ellington once deemed it ‘the jewel in the crown of Sugar Hill.’)

The city of Baltimore pays tribute to its longtime resident Edgar Allan Poe in many ways, such as naming its football team the Ravens, in honor of his famous poem. A visit to Charm City can be a Poe-filled pilgrimage, what with Enoch Pratt Free Library’s original manuscripts and his grave at Westminster Hall and Burial Ground.

Of course, the best way to learn about the American icon and his celebrated work is to visit the Edgar Allan Poe House and Museum, a modest building where he lived for much of the 1930s with his teenage cousin/bride, Virginia, and her mother. His workroom sits at the top of a narrow and fittingly creaky staircase while the rest of the house, which became a National Historic Landmark in 1962, has exhibits on his life in Baltimore, his family and the poems and stories he penned.

The tranquil woodsy landscape of Amherst Massachusetts, about 95 miles west of Boston, is the setting where Emily Dickinson penned her contemplative, radical verse. The Emily Dickinson Museum is set in two historic properties – the Evergreens, her brother and sister-in-law’s house, and the Homestead, a two-and-a-half-story brick house, where the famously reclusive Dickinson was born and spent most of her Victorian-era life writing countless poems, only ten of which were published – allegedly without her knowing – during her lifetime.

Wander the Homestead for a look at her parlors, library, kitchen and maid’s quarters and check out ‘my Voice is alive,’ an interpretive exhibit about her early work.

The brick house on 103rd Street in the working-class neighborhood of Corona, Queens, doesn’t look like much from the outside, but inside is a time capsule that tells the story of one of America’s most iconic musicians. Louis Armstrong, who grew up poor in New Orleans, lived out his retirement years with his wife, Lucille, in this gorgeously appointed home, which today stands as a tribute to the legend.

The charming kitchen, the opulent bathroom and bedroom, the handsome wood-paneled office featuring original recording equipment, and the inviting living room, packed with souvenirs that Satchmo collected on his global travels, have all been maintained with attention to detail.

Photography museums and galleries proliferate the planet, but the oldest in the world is in Rochester, New York at the estate of George Eastman, founder of the Eastman Kodak Company. A National Historic Landmark since 1966, the Eastman Museum is set on 10.5 picturesque acres and contains works from more than 14,000 photographers, including celebrated contemporary artists like Andy Warhol and Cindy Sherman, the world’s largest collection of daguerreotypes, and vintage prints from luminaries like Ansel Adams.

Eastman’s actual home contains more than 200,000 objects ranging from business and personal correspondences, including some with presidents, his own photos and scrapbooks, and an archive of Kodak advertisements.