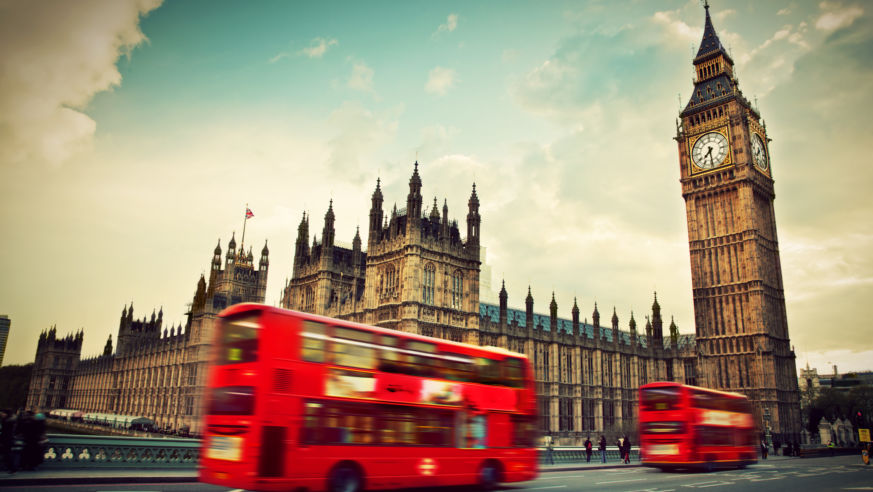 If you happen to hear us cheering here in New York City today, it’s because JetBlue—one of our favorite airlines for reasonable fares, TV at every seat, free “Fly-Fi,” and more legroom in coach than other U.S. carriers—just announced its first-ever transatlantic flights.

Don’t start packing just yet: JetBlue intends to begin multiple daily flights from New York City and Boston to London in 2021. The airline is currently evaluating London airports before it decides which one it will fly to. So you’ve got a little time to brush up on how to do London on budget and assemble your list of the U.K. capital’s ancient, medieval, Victorian, and modern must-sees.

“Twenty years ago, our founders had a simple formula for choosing a new market – it had to be overpriced, underserved, or both,” said Joanna Geraghty, president and chief operating officer, JetBlue. “London is the largest metro area JetBlue doesn’t yet serve from both Boston and New York, and we could not be more thrilled to be changing that in the years ahead. The fares being charged today by airlines on these routes, specifically on the premium end, are enough to make you blush.”

JetBlue’s new routes to London will carry passengers on an Airbus A321LR, a single-aisle aircraft that will offer the airline’s Mint premium experience, essentially an accessible reinvention of business-class amenities.

What Will It Cost?

Although it’s too soon to say what a basic fare from NYC or Boston to London will cost in 2021, JetBlue has made it clear that it is committed to opening up European airports to smaller American airlines and offering reasonable fares plus an array of amenities at no extra cost. “The big airlines will tell you that competition has never been more robust, but the smaller airlines have never found it harder to get access,” said Geraghty. “It’s time for regulators here in the U.S. and across Europe to create conditions where smaller carriers and new entrants can thrive, instead of letting the giant airlines get even bigger through joint ventures. Given a chance to compete, JetBlue can have a tremendous effect on lowering fares and stimulating traffic.”

If you just can’t wait to stroll through London’s Hyde Park, peruse the jaw-dropping antiquities at the British Museum, shop Portobello Road, tuck into a meat pie washed down with a pint of brown ale, then rest your head in an elegant-but-affordable hotel—we’ve basically planned at least one perfect day in London for you right there!—we suggest you sign up for JetBlue’s e-newsletters and follow the airline on social media to get the inside scoop on its flight routes and fares as they are announced. (And we’ll be doing the same.)