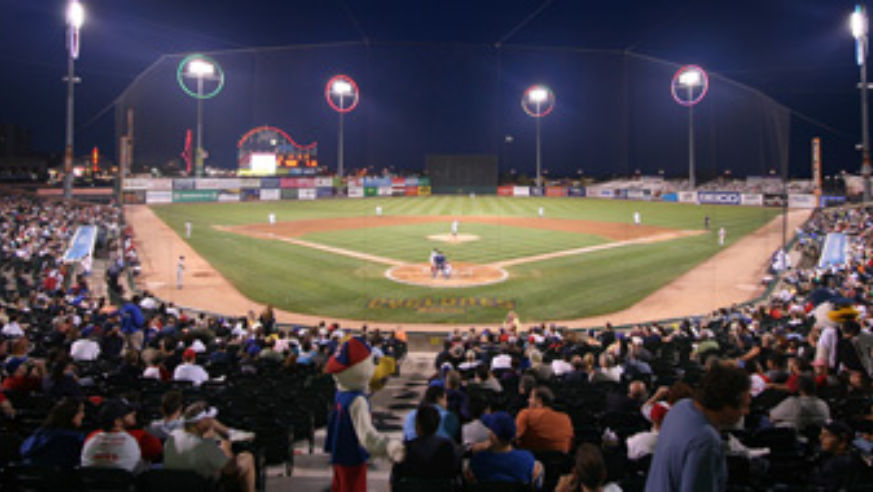 Baseball and fireworks by the beach

For a classic summer night out, head to Coney Island, where you can root for the home team, the minor league Brooklyn Cyclones, as they take on rivals like the Staten Island Yankees. The stadium has an intimate, old-time feel, with fluorescent rings around the lights and landmarks like the rickety 83-year-old Cyclone roller coaster in the background. Nineteen new rides opened earlier this summer at Luna Park. Help yourself to one of Nathan's famous hot dogs, and stick around after select baseball games for fireworks—at the stadium on Saturdays (July 3, 10, 31) and along the boardwalk on Fridays (July 9, 16, 23). Baseball games, $8-$16, 1904 Surf Ave., Brooklyn; Siren Music Festival, free, July 17.

Opera in the outdoors

The Metropolitan Opera is hosting six free concerts in all five boroughs. The Summer Recital Series kicks off at Central Park SummerStage on July 12, 8 p.m., with performances by baritone Nathan Gunn, soprano Susanna Phillips, tenor Michael Fabiano, and pianists Jonathan Kelly and Julie Gunn. You'll hear several pieces over about an hour (not a full-length opera). Additional shows are all at 7 p.m.: July 15 at the Bronx's Crotona Park, July 20 at the brand-new Brooklyn Bridge Park, July 22 at Staten Island's Tappen Park, July 27 at Queens Bridge Park, and July 29 at Manhattan's Jackie Robinson Park. Pack picnic gear and show up early to claim your patch of grass.

Americans aren't the only ones celebrating revolution this month. From noon to 6 p.m. on July 11, the French Institute throws its annual Bastille Day on 60th Street, a three-block party devoted to all things French. That means not only mimes, accordion players, cancan dancers, and an Edith Piaf tribute, but also Haitian and Moroccan singers and a francophone rock band Les Sans Culottes. There are market stalls for gorging on nutella crêpes, and kid-friendly activities like pétanque (lawn bowling) and face-painting. 60th St. between Fifth and Lexington Aves.

Actors and authors at Bryant Park

Break for lunch and a dose of culture at this midtown Manhattan park. Thursdays feature Broadway stars—from In the Heights, Wicked, South Pacific, and more crowd-pleasers—on the lawn's center stage, 12:30 to 1:30 p.m. The Word for Word series on Wednesdays puts the spotlight on author readings, 12:30 to 1:45 p.m. The FUNny Writers event on July 14 brings together Sloane Crosley, Tom Shillue, Larry Doyle, Josh Kilmer-Purcell, and Simon Rich. Catch Jennifer Egan and Jane Mendelsohn on July 7, Sebastian Junger on July 14, and Gary Shteyngart on July 28. Between 40th and 42nd Sts., Fifth and Sixth Aves.

Three-course, prix-fixe meals are $24.07 for lunch and $35 for dinner at about 275 restaurants during the latest Restaurant Week, July 12-16 and 19-23, plus Sundays at select restaurants. The promotion helps put the city's fanciest, trendiest, and highest rated restaurants in reach; Gotham Bar and Grill, Maialino, Dévi, Telepan, The Modern, Asiate, and Perry Street all caught my eye. But be warned that these fixed rates don't include drinks, tips, or taxes, and you'll typically be stuck ordering from a very limited portion of the regular menu. (The last time I tried Restaurant Week, I broke down and went for the dish I really wanted—at full price.) One ongoing deal: the family-style Southeast Asian Sunday Nonya Dinners at Double Crown, also for $35 per person.