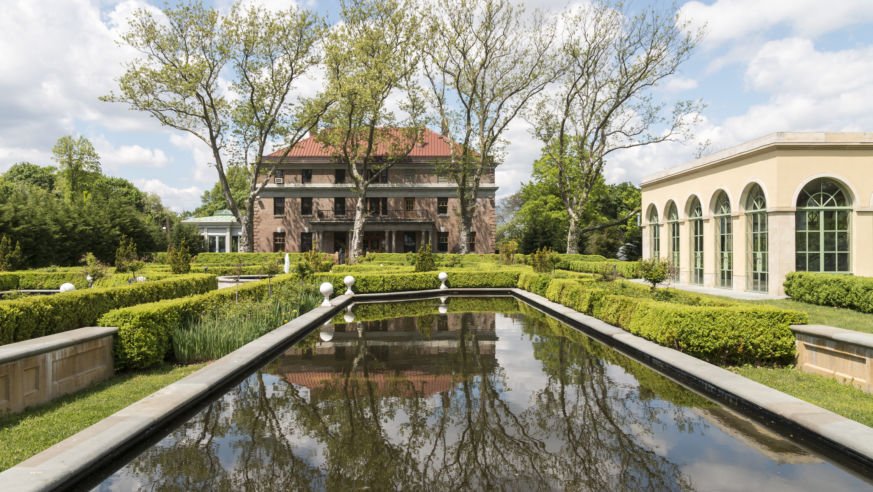 New York City's other island borough is a destination for food, drink, culture, and more greenspace than anywhere else in the city. 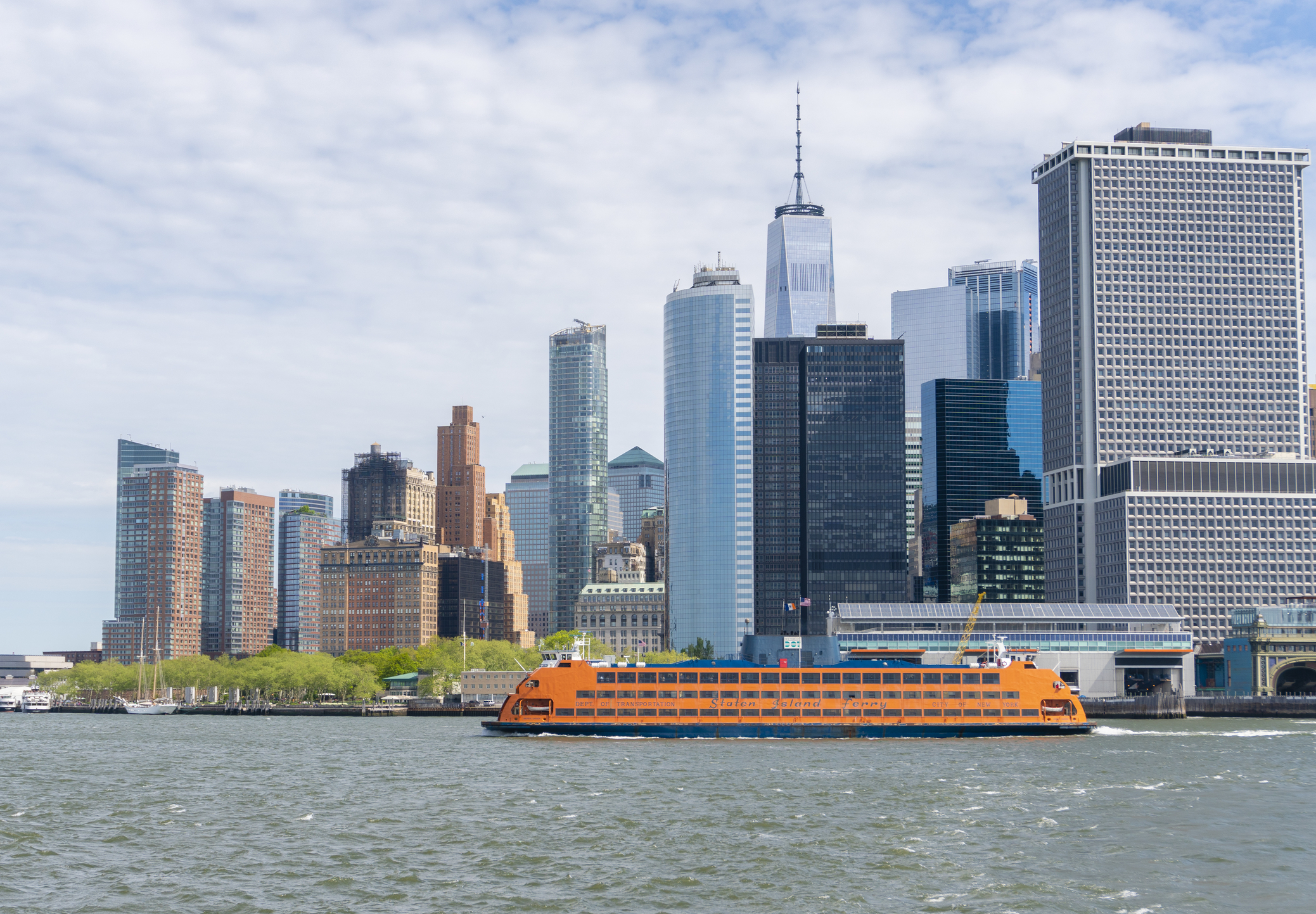 Staten Island is commonly referred to as New York's "overlooked" borough, often drawing visitors who are primarily interested in the scenic free ferry ride, which departs every 30 minutes from the ferry terminal in lower Manhattan and provides superior photo opportunities of lower Manhattan and the Statue of Liberty. We, however, see it more as a local gem, a bastion of incredible Sri Lankan food, which is hard to come by in the other boroughs, small cultural centers and museums, and more green space than anywhere else in New York City. We rounded up a few things to do when you spend a day on this urban island. 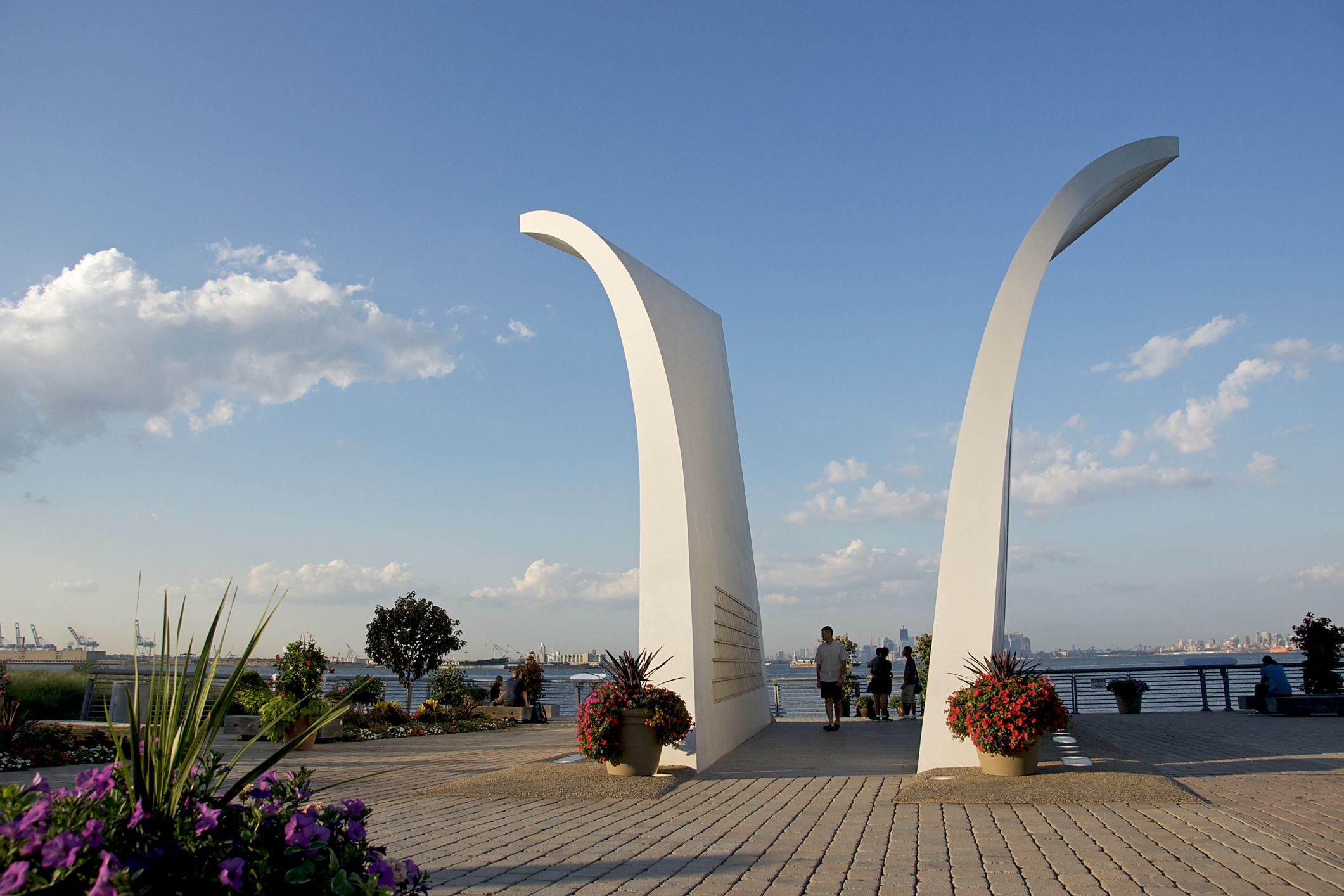 Like so many other places in New York City, St. George, the neighborhood that starts at the ferry terminal, is in the throes of a massive building boom. The core of the project is Empire Outlets, a sweeping mall with many familiar designer stores. With its direct sightline to the Financial District, the terminal area is also the site of Postcards (pictured above), a poignant 9/11 memorial that was completed in 2004. The names of 263 Staten Islanders who were killed in the 9/11 attack and the 1993 World Trade Center bombing are marked on individual profile silhouettes built into the flat white freestanding cement walls that stretch into the sky, designed to look like postcards blowing in the wind, carrying messages to loved ones. An adjacent memorial pays tribute to the 73 local first responders who died in the aftermath.

The ferry terminal is an easy walk to the waterfront Richmond County Bank Ballpark, home of the Staten Island Yankees, the New York Yankees’ minor league team. Tickets to games where you just might spot tomorrow’s MVP start around $12, view of the Manhattan skyline included.

Marked by a mural of majestic elephants along the side of the building, Lakruwana, a Sri Lankan restaurant (lakruwana.com) about a mile from the ferry terminal (a lovely waterside walk) feels like it was transplanted from the Sri Lankan countryside. And in a way, it is. Owner and expat Lakruwana Wijesinghe went to his homeland to buy nearly everything to design the restaurant, from the bamboo-and-stone-wall panels to the ornate wood door and Buddha statues, not to mention the clay pots and water cups. Lakruwana met his wife, Jayantha, on the Staten Island ferry and they run the business together: He oversees the front of the house and she helms the kitchen, turning out dishes defined by curry paste, mustard seed, ginger, coriander, and cumin. Weekend brunch is a buffet that presents a spectrum of flavors and heat. Regardless of what day you visit, though, order the signature lampreis from the menu. This banana-leaf-wrapped mixture of curried rice, eggplant, bananas, and soft cashews is so aromatic that the smell will linger in your mind for days.

Lakruwana is one of several Sri Lankan restaurants on Staten Island, which is home to about 5,000 Sri Lankans, the largest population outside the South Asian country. There are more eateries nearby, sitting alongside markets that sell coconut vinegar, banana blossoms and other imported goods. There's also the Sri Lankan Arts & Cultural Museum (srilankanmuseny.org), a compact space down the street from Lakruwana showcasing masks, furniture, statues, and more, founded and run by the Wijesinghes' daughter. The community as a whole is so distinctive that Anthony Bourdain delved into it on his show No Reservations.

3. See a Show in a Historic Theater (or Just Take a Tour)

In 1929, as Herbert Hoover moved into the White House, Popeye made his comic strip debut, Ernest Hemingway published A Farewell to Arms, and Picasso and Dali were painting their masterpieces. Despite the devastating stock-market crash, it was a big year for the arts, and New York was no exception. Manhattan's Museum of Modern Art opened to the public, and further south across the water, the St. George Theatre (stgeorgetheatre.com) became a glamorous destination with an ornate interior and domed ceiling, designed by Nestor Castro, who was responsible for the interiors of many Times Square theaters. Films and live vaudeville shows drew crowds until Vaudeville fell out of fashion, but it remained a movie house through the 1970s, when it ultimately fell into disrepair. After a local initiative, however, it was restored to its over-the-top baroque glory, complete with velvet seats, a stained-glass chandelier, tiled fountains, and much more. It reopened in 2004, and today it hosts first-run movies, art films, and national touring acts. Everyone from Diana Ross to Lee Ann Womack to the Jonas Brothers have graced the stage. Tours of this architectural tour de force are available by appointment.

These days it seems like it’s hard to go more than a few miles in any given urban landscape without coming across a brewery, and Staten Island is no exception. Flagship Brewing Company (flagshipbrewery.nyc), for one, offers $5 brewery tours on Saturdays,tasting flight included, and the taproom is open Tuesdays through Sundays. With barrels holding up the bar, communal tables, and a taxidermied deer watching the scene like a sentinel, its warm vibe is hard to resist.

In 2017, a group of homebrewers opened Kills Boro Brewing Co. (killsboro.com) in the back of Craft House, a barbecue restaurant that was already known for its extensive craft-beer menu. Since its launch, Kills Boro has made a name for itself with creative beers, like Midnight Snack, an oatmeal porter conditioned on toasted coconut, and the Gimme Gimme Kiwi Strawberry, a sour ale with kiwi, strawberry, and vanilla beans. A broad window affords guests a view of the grand copper kettles and the brewing process in action.

5. Explore the Parks of the "Greenest Borough" 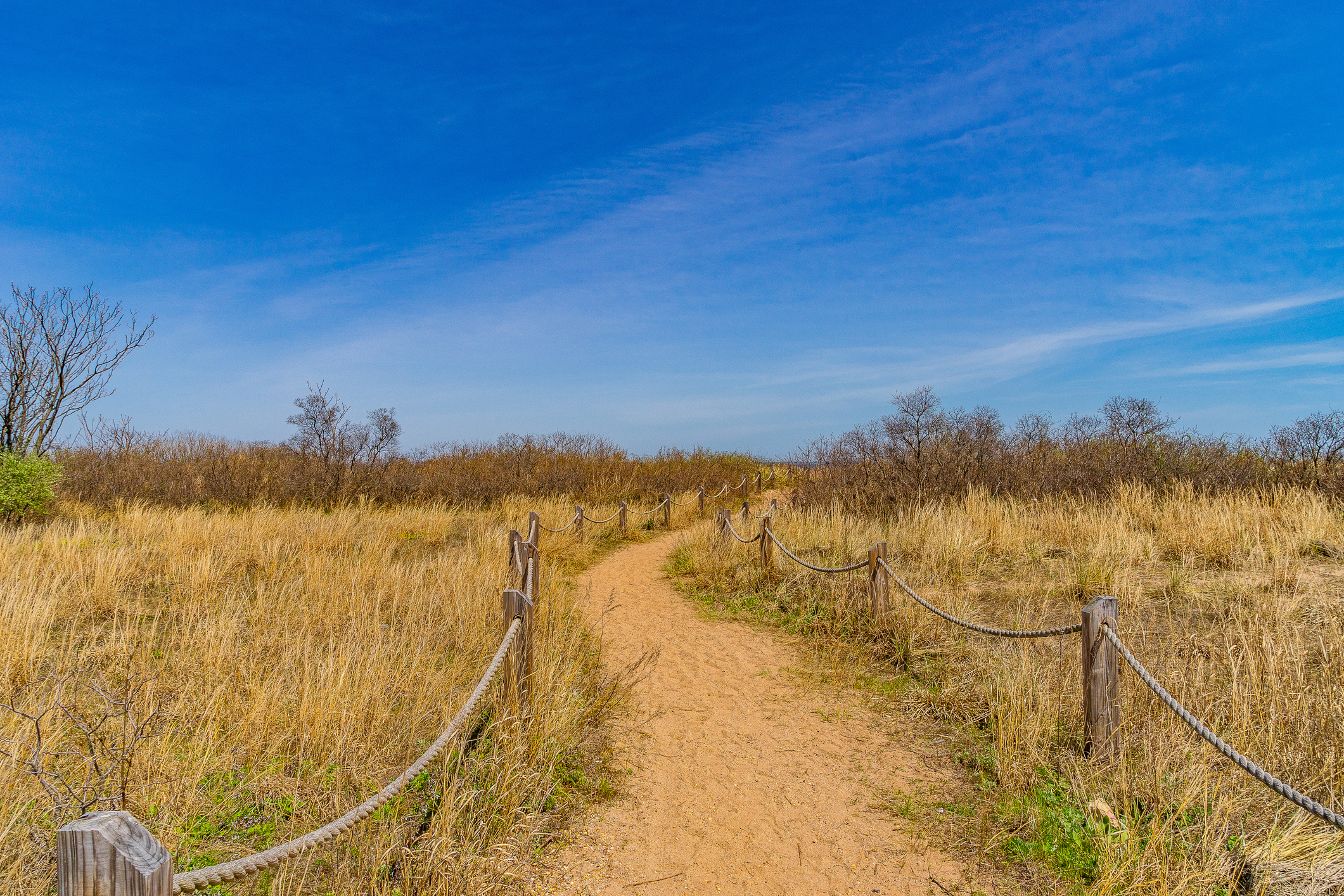 Staten Island has more green space than any other borough in New York, with 9,300 acres of federal, state, and city parkland. Running and biking trails, tranquil ponds, playgrounds, promenades, meadows, beaches, and even a historic fort can be found throughout. The roster is too extensive to list, but if you only have a day, your best bet is to hit Snug Harbor Cultural Center (snug-harbor.org), which was founded in 1831 when a Manhattan hospital for aged Marines relocated here. Today, the 83-acre park is home to five landmark Greek Revival buildings that house galleries featuring modern and historical art exhibits, as well as the Staten Island Children’s Museum and the lush Staten Island Botanical Garden. As further proof of why Staten Island is referred to as the greenest borough, consider Snug Harbor’s 2.5-acre heirloom heritage farm, which supplies high-end Manhattan restaurants like Per Se and sells its bounty to locals at a weekly seasonal farm stand.

Before digital navigation tools were the norm, the Lighthouse Depot Administrative Building was the center of operations for American lighthouses and headquarters for equipment and supplies. The circa-1869 building, located by the St. George Ferry Terminal, is now home to the National Lighthouse Museum (lighthousemuseum.org), where displays detail the history of these architectural marvels and the key players in along the way, including George Washington, who signed an act that put lighthouses under federal control. Don’t miss the tremendous glass-egg-like light-reflective lens that lighthouse keepers needed to clean constantly. While light bulbs and LED lights play a big role in guiding boats in modern times, these feats of physics are still in use today.

From the front, the modest house that sits at the top of Lighthouse Hill overlooking Staten Island’s north shore doesn’t look like much. There’s a stone wall that extends around the property. Its simple appearance belies the rich story of its beginnings. Jacques Marchais, an Ohio native who came to New York in the 1920s in the hopes of becoming an actress, was part-socialite, part-eccentric, and part-art-collector. She was, as the story goes, a fiery independent spirit and her home was being built in the 1930s, she would pick up the architect in her big, fancy car and drive through the island to gather stones, which were used to construct the wall. Her home which is designed like a Tibetan monastery, is the first example of Himalayan style architecture in the United States. But it only hints at her all-consuming obsession with Himalayan and Tibetan art, and while she never traveled to the far east, she accumulated one of the earliest collection of art from the region. It’s all on display at the Jacques Marchais Museum of Tibetan Art (tibetanmuseum.org), which she opened as a gallery in 1938 to showcase her extensive assortment of artwork, carved wood furniture, statues, and sculptures. Today, the two-building museum is the largest collection of Himalayan art in the United States. It’s a tranquil spot and a gorgeous refuge, especially in the warmer months when you can sit outside on the monastery-style patio that Jacques designed. It overlooks a pond and a landscape dense with blossoming trees.