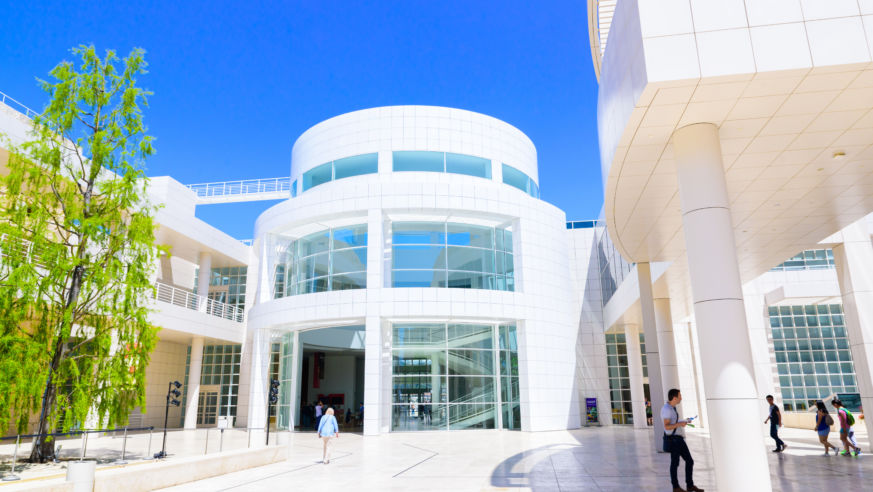 From a memorial built out of the scars of 9/11 to the delightfully quirky Museum of Clean, we've gathered the USA's best museums in every state.

With so many amazing cultural, quirky, history-focused and art-centric attractions to visit across America, it’s nearly impossible to choose the one best museum in each and every state. However, these institutions continually rise to the top of must-see lists for good reason:

A multi-faceted interpretive museum and research center, the Birmingham Civil Rights Institute takes visitors on a moving and important journey through the advent and progression of the Civil Rights movement.

Inside its stunning glacier-like façade, the University of Alaska’s Museum of the North in Fairbanks offers an in-depth peek into the biodiversity, culture and geology of this intriguing northern terrain.

Named for the natural spring that feeds the 120-acre grounds, the striking architecture of the Crystal Bridges Museum of American Art in Bentonville makes a memorable first impression; inside, view exhibitions housed within a linked series of pavilions for free.

The expansive views of the Los Angeles basin rival the art inside the uber-modern Getty Center; admire the European and American collections, then enjoy a leisurely stroll through the Central Garden and an al fresco café lunch or refreshment.

On a 15-acre former rail yard, the Colorado Railroad Museum in Golden maintains more than 100 historic locomotives, passenger cars and cabooses to observe, along with a depot museum, a railroad reference library and a functioning roundhouse.

Experience adventure at sea without ever leaving dry land; the Mystic Seaport Museum pays homage to America’s seafaring heritage with more than 500 watercraft on display, a recreated coastal village, a research center and a working shipyard.

The former childhood home of horticulturalist Henry Francis du Pont, the opulently restored Winterthur Museum, Garden and Library fills 175 rooms with American decorative art pieces and furnishings, some dating back as far as 1640.

With a thought-provoking permanent collection of original objets d’art, prints, photos, sculpture, paintings and illustrations, the Dali Museum in St. Petersburg lends an immersive peek into the life of the eccentric artist and master of Surrealism.

The World of Coca-Cola in Atlanta traces the lineage of the iconic soft drink with a 4-D film presentation, a look at the bottling process, a pop culture gallery, and the opportunity to sample more than 100 different products from around the world.

The Bernice Pauahi Bishop Museum in downtown Honolulu serves as a thoughtful repository for royal family heirlooms and also maintains a science adventure center, a planetarium and one of world’s largest collections of natural history specimens.

The quirky Museum of Clean in Pocatello goes way beyond vacuum cleaners and washing machines to address the evolution of cleaning products and equipment and their effects on the environment; a gallery for kids actually makes chores fun.

No Windy City visit is complete with a trip to the iconic Art Institute of Chicago to marvel at original masterpieces by Monet, Renoir, Van Gogh, Chagall and Picasso during a docent-led or self-guided tour.

Dinosaurs crashing through The Children’s Museum of Indianapolis façade get visitors excited for the five floors of interactive fun they’ll discover inside, including areas that focus on science, global culture, archeology, space travel and extraordinary children.

Part of the 30-acre TechWorks campus in Waterloo, the John Deere Tractor and Engine Museum gives voice to Iowa’s farming history and heritage as interpreted by one of the industry’s most significant contributors.

The stunning works of art on display in the National Quilt Museum’s three exhibition galleries make it easy to see at a glance why enchanting little Paducah is famous for its quilting, crafting and fiber arts heritage.

Let the good times roll at Mardi Gras World on the New Orleans riverfront with an insider glimpse at how extravagant parade floats take shape, in addition to the opportunity to learn about Mardi Gras history and try on costumes.

The Portland Head Lighthouse in Cape Elizabeth’s Fort Williams Park dates back to 1791, making it the oldest lighthouse in Maine; the museum in the former Lighthouse Keeper’s quarters holds maritime artifacts, documents, navigational tools and models.

Inside a striking exterior designed by I.M. Pei, the John F. Kennedy Presidential Museum and Library in Boston examines the life of America’s35th Commander in Chief from childhood through his political career, marriage and assassination.

Founded in 1883, the Minneapolis Institute of Art boasts a permanent collection of 90,000 objects spanning 20,000 years and six continents, in addition to gorgeous architecture, traveling exhibits and community-oriented programming.

Visitors can immerse themselves in the sounds and stories of legendary artists like B.B. King, Muddy Waters, Big Mama Thornton and John Lee Hooker at the Delta Blues Museum in the historic 1918 Clarksdale freight depot building.

Crawling through colorful tunnels, scaling large-scale wire sculptures, playing amid indoor urban artscapes and riding the rooftop Ferris Wheel at the 600,000 square-foot City Museum in St. Louis is enough to make anyone feel like a kid again.

The Museum of the Rockies in Bozeman honors its rugged roots with one of the world’s largest dinosaur fossil collections, a Yellowstone National Park display, planetarium shows, a paleontology research facility and a seasonal living history farm.

Step back in time to the days of the Oregon Trail; the landmark Archway facility in Kearney retraces the steps of America’s settlers as they traveled the Great Platte River Road during Westward Expansion.

Get a lesson in Las Vegas history with a walk through the Neon Museum to see flashy signage that once adorned the Strip’s extravagant casinos, hotels and tourist attractions, along with blueprints, photos and other memorabilia.

The Mount Washington Observatory and Weather Discovery Center in North Conway offers a way to safely explore some of the planet’s most extreme climates and conditions through guided weather station tours and interactive science exhibits.

Experience the bells and whistles of the Jersey Shore at the Pinball Hall of Fame and Silverball Museum Arcade in Asbury Park by trying your luck on a rotating selection of 200-ish playable machines from the museum’s 600-item collection.

The Georgia O’Keeffe Museum in Santa Fe imparts an inspiring look at the life and work of New Mexico’s most recognized 20th-century artist by inviting guests to experience her distinctive abstract, landscape and floral paintings in nine themed galleries.

Rising from the ruins of the World Trade Center, the National 9/11 Memorial and Museum in New York City honors the lives lost during the terrorist attacks on Sept. 11, 2001 and pays tribute to the heroes that emerged.

The North Dakota Heritage Center and State Museum in Bismarck takes a wide-ranging look at the state’s geologic evolution over 600 million years through four galleries filled with artifacts, art and interactive displays.

Music fans make pilgrimages to the Rock & Roll Hall of Fame in Cleveland to learn about the legions of legends who’ve been inducted into the Hall of Fame, catch live performances and even noodle on real instruments in the Garage.

Experience the great American West at the National Cowboy and Western Heritage Museum in Oklahoma City through exhibits and galleries that highlight Native American life, the American Cowboy, rodeo and other cultural touchpoints.

One of the top science centers in the country, the Oregon Museum of Science and Industry in Portland maintains 200 hands-on exhibits spread across five halls, a planetarium, six labs and a full-size US Navy submarine to discover.

The echoes of history ring through the Gettysburg National Military Park Museum and Visitors Center; the museum offers a primer on one of America’s most significant Civil War battles before visitors embark on guided tours of the battlefield itself.

The RISD Museum on the campus of the Rhode Island School of Design holds its own against much bigger facilities thanks to an extensive collection of 100,000+ globally sourced paintings, sculpture, textiles and furniture.

On the actual site where slaves were auctioned back in the mid-1800s, the Old Slave Mart Museum educates visitors on the facts and realities of the most shameful chapter of American history through informative, emotionally moving content.

Currently closed for a massive architectural expansion with plans to reopen in 2021, the National Music Museum on the University of South Dakota campus in Vermillion delights visitors with instruments on display from the facility’s 15,000+ piece collection.

A shrine fit for a King, Graceland in Memphis gives visitors the chance to tour the estate of Elvis Presley to see the rooms in which he lived, his racquetball court, personal family effects and final resting place in the meditation garden.

Just west of Temple Square, the Church History Museum in Salt Lake City provides an overview of the religious history and foundations that inform the Church of Jesus Christ of Latter-Day Saints and the Mormon faith.

The Shelburne Museum serves up an all-inclusive sampler of history, art and culture through 39 New England–style buildings on a bucolic 45-acre site, all filled with materials and artifacts from the collections of founder Electra Havemeyer Webb.

Next to the Space Needle, Seattle’s long-term Chihuly Garden and Glass exhibition sparkles and shines with eight galleries, three drawing walls, a Glasshouse and a garden filled with vibrant works by the renowned glass artist.

Get your motor running at the Harley-Davidson Museum in Milwaukee while learning all about the history of America’s signature motorcycles and the culture they’ve inspired among their loyal customer base through the years.