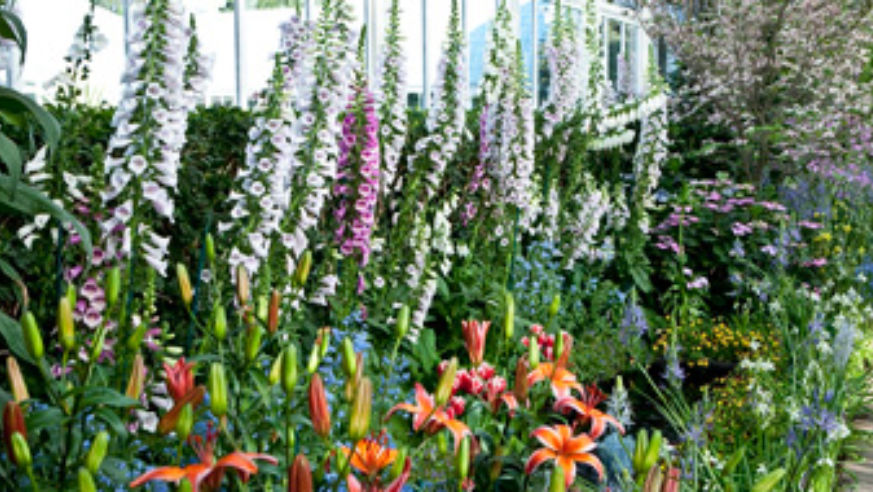 John Peden
"The Poetry of Flowers," a tribute to poet and passionate gardener Emily Dickinson at the New York Botanical Garden

It's not easy to compete with the likes of the Met and MoMA. But New York City supports dozens of fascinating, less crowded museums worth a look, especially this month. Through May 31, the Museum Discovery Pass offers unlimited 2-for-1 admission to the following: the American Folk Art Museum ($9); the Asia Society Museum ($10); the Jacques Marchais Museum of Tibetan Art on Staten Island ($5); the recently expanded and relocated Museum of Chinese in America ($7); the Noguchi Museum in Queens, whose collection encircles a sculpture garden ($10); the Rubin Museum of Art devoted to Himalayan works ($10); and the Studio Museum in Harlem ($7 suggested donation). Print out the pass from a museum website before you go. One more deal worth flagging: the Museum of the City of New York is free on all Mondays in May.

The return of Water Taxi Beaches

Get your Memorial Day beach-and-burgers fix without the traffic by heading to one of these free urban beaches accessible by public transportation, including water taxi. The original Water Taxi Beach—a sandy stretch of Long Island City, Queens, facing midtown Manhattan—reopens for its fifth season on May 1. The South Street Seaport outpost at Pier 17, in view of the Brooklyn Bridge, is re-branding as Water Taxi Beach & Beer Garden as of opening day April 30. So you can expect a more expansive beer list and lots of communal tables set up near the Fish Shack. Guest DJs get the party vibe going on nights throughout the summer (mostly free, $10 cover for Turntables on the Hudson series, ages 21+ at night). The third beach location, on Governors Island, won't open until June 5.

For its ambitious new show, the New York Botanical Garden filled its Haupt Conservatory with daisies, tulips, roses, jasmine, and other varieties that the 19th-century poet so lovingly tended at her Massachusetts home. Thirty-five of her poems, full of floral imagery, are placed near corresponding plants and act as a guide as you stroll through the show (free audio tours are also available). Gardening demos and poetry readings continue through the closing weekend of June 13, with special plans for Mother's Day Weekend, May 8-9, and Ballet and Poetry Weekend, May 15-16. The All-Garden Pass isn't cheap, but its $20 cost covers the Emily Dickinson show, all other exhibits and garden areas, events, activities, and tram tours. Bronx River Pkwy at Fordham Rd, the Bronx.

Free theater before it's famous

Earn some bragging rights by attending a free reading at York Theatre Company; these in-the-works musicals sometimes go on to win awards and sell out theaters on and off Broadway. Two of the three developmental readings slated for May are New York-centric. Trav'lin recounts the romantic ups and downs of three couples in 1930s Harlem with a fitting jazz soundtrack (May 20, 7 p.m.), while The Age of Innocence takes on Edith Wharton's tale of repressed love in the insular high-society world of 1870s Manhattan (May 27, 7 p.m.). Reserve in advance, and stick around for a post-reading discussion. The Theatre at Saint Peters, 619 Lexington Ave., 212/935-5824, ext. 524.

Dime-a-dozen street fairs shut down city streets frequently in summer, filling the air with music and the smells from sizzling food stalls. The Ninth Avenue International Food Festival is one of the standouts and comes early in the circuit, when the weather is just getting gorgeous and before street-fair fatigue sets in. This year, the festival takes place the weekend of May 15-16, 9:30 a.m.-6:30 p.m., with folk performances on the 16th. Come hungry so that you can sample treats supplied by neighborhood businesses, for instance, pork with mole sauce from Tacocina, phyllo pastries from Poseidon Greek Bakery, and gumbo from Chantale's Cajun Kitchen. Proceeds go to support community programs. Ninth Ave., 42nd to 57th Sts., rain or shine.