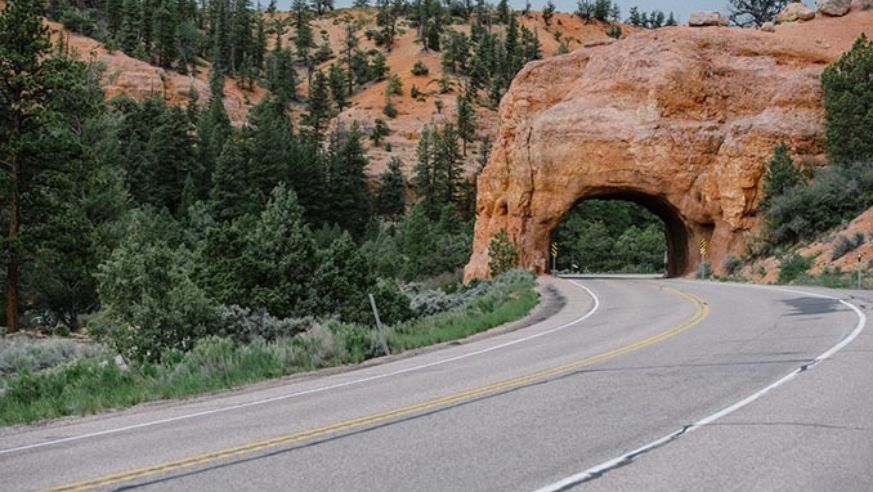 Nature, culture, archaeology, history, and the nation itself come to life on America's Byways

Daydreaming of a road trip? The Federal Highway Administration has done all your homework for you. Though anyone who’s ever crept along in 5 miles-per-hour traffic may have a hard time admitting it, the United States has magnificent highway infrastructure, and when it comes to road trips, no element of that blacktop web is greater than the America’s Byways collection. To earn a place on this treasure map of 150 routes, the road must show "outstanding archaeological, cultural, historic, natural, recreational, and scenic value," according to the FHA, part of the U.S. Department of Transportation. When taken as a whole, the Byways are truly the beating pulse of our country's artery system. You could spend years exploring them, but if you’ve only got a couple weeks, here are six unforgettable routes.

The most famous of the Scenic Byways also is one of the longest, and depending where you grew up, you’ll instantly think of certain stops as “the main stretch of Route 66.” For West Coasters, it’s the Santa Monica endpoint and dust-red Arizona towns, but over in the Midwest, Illinois has its own Route 66 Heritage Project to preserve the beginning of this iconic American road. After departing Chicago's metropolitan area, it’s all cornfields, small towns, and roadside attractions until you get to Springfield, the Land of Lincoln and gateway to serious Americana antiquing.

SEE: It’s said that ghosts haunt Joliet, a city 30 miles southwest of Chicago. If you’re hoping to spot ghosts, check out Rialto Square Theater and Joliet Prison. Pontiac-Oakland Museum is a haven of American car memorabilia. And since you’ll be passing through Springfield, make time for the Lincoln Home historic site.

EAT: Not much has changed on the menu at Springfield's Chili Parlor (thechiliparloronline.com) since it opened in 1945. You can even get a glass of buttermilk to drink at this Food Network favorite.

Many of the Scenic Byways have wonderfully expressive names. Case in point: this stretch of highway connecting Santa Fe with Albuquerque. The Turquoise Trail (turquoisetrail.org) is largely surrounded by golden and red earth, although on a normal sunny, arid day, the sky will indeed be turquoise as you pass by ranches, former mining towns, and historic sites. 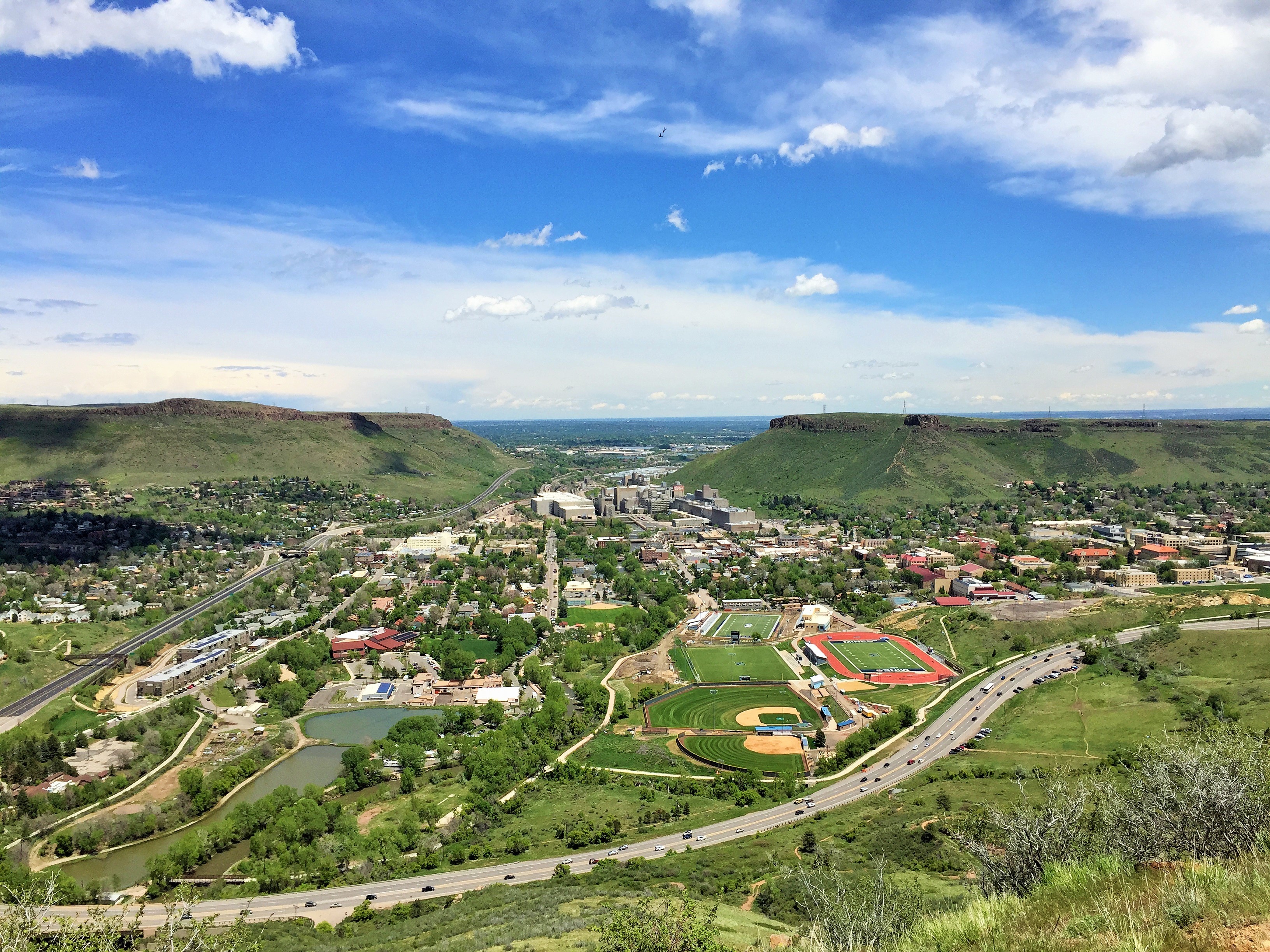 Colorado has 11 America’s Byways, and it’s hard to say that one is better than the rest, but for a truly broad range of culture touchstones in a relatively short stretch of roadway, Lariat Loop (lariatloop.org), a 40-mile circle that starts and ends in Golden, stands out. It’s been a Denver-area day drive since the 1920s, when one can only imagine people taking their Ford Model A's up Lookout Mountain. A generation before that, trains were the main mode of transportation, and Buffalo Bill Cody was a household name. And several millennia before, dinosaurs proliferated and left their indelible tracks throughout the mountain passages.

SEE: Before—or after—the drive, take advantage of the riches Golden offers, like a historic walking tour, Golden Gate Canyon State Park, and the many beer gardens. Speaking of beer, the town is home to Coors Brewing (serving the malt-brewed golden taste of America since 1873!), where free tours are offered Thursdays through Monday. Other stops along the loop include Dinosaur Ridge, the Colorado Railroad Museum, and Buffalo Bill Museum and Gravesite.

EAT: The Fort (thefort.com) in Red Rocks territory is known for its game meats and “New Foods of the Old West” 19th-century recipes updates.

Where other designated byways take you back a few centuries, the epically named 286-mile Utah stretch takes you back to when mammoths roamed the earth. If that sounds dramatic, just wait until you’re at nearly 9000 feet, the red rocks and sub-alpine fir forests arrayed far below. National parks Capitol Reef and Bryce Canyon, state parks including Kodachrome Basin, and four-wheel destinations like Hole-in-the-Rock are all detours along this all-American road that can take five hours, four days, or a lifetime to traverse.

SEE: Grand Staircase–Escalante National Monument is a must-see for geology enthusiasts. Anasazi State Park Museum is a history lesson in Native American lore. Long-distance hikers should make stops at Hell’s Backbone and The Box, but you only need to be human to appreciate Dixie National Forest and the arches of Red Canyon. Also, if you love cowboy culture, try to meet up with the Bryce Canyon Rodeo.

EAT: The seasonal Sweetwater Kitchen (sweetwaterkitchen.com) in Boulder Mountain Guest Ranch features about 95% organic ingredients on its tightly edited locavore menu. The mouthwatering dishes are a great way to refuel after a day hiking around Hell’s Backbone. 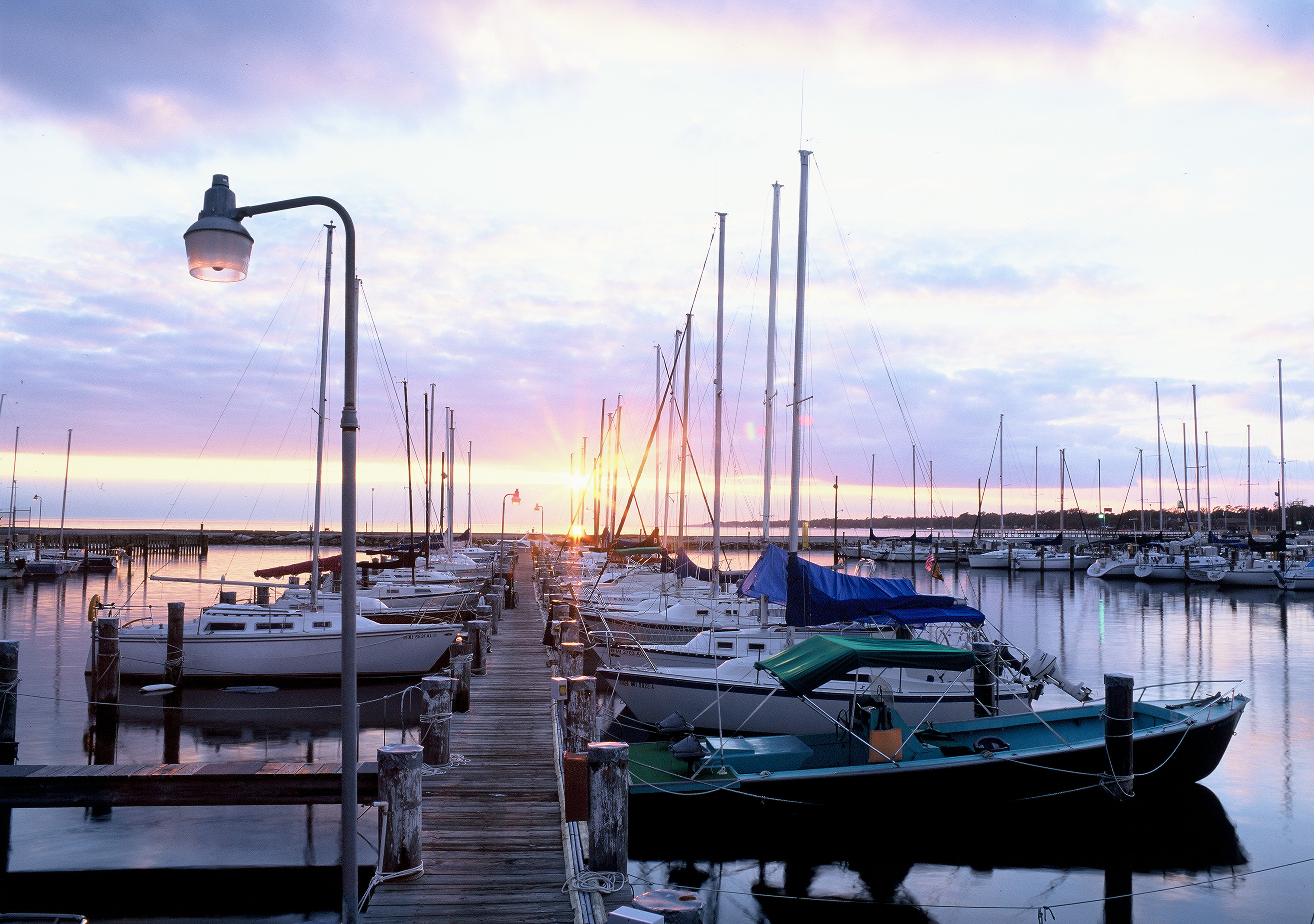 With a name like Beach Boulevard (gulfcoast.org), you’d think this route maps a West Coast drive, but in a plot twist, we’re actually heading to the Gulf Coast. Yes, the Southeast has its own beach Byway that traverses several states—and yes, Mississippi lays claim to the most beautiful part. Start out in Waveland, visit historic coastal towns, wend your way along 26 miles of beachfront, check out stately homes, and eat fresh seafood galore. If you want a bustling city, check out the casinos in Biloxi.

SEE: Mississippi Sound views from Pass Christian (aka “the Pass”) cannot be beat. Gulf Islands Water Park is a top pick for families, and be sure to check out the classic Main Street of artist enclave Ocean Springs—named one of our 10 Coolest Small Towns in America 2018.

EAT: There’s a lot of good gumbo, fresh fish, and more along this route. Start the AM drive at PJ’s Coffee in Pearlington located on the “The Pearlington Scenic Byway to Space,” just west of where Highway 90 becomes Beach Boulevard. Work up an appetite as you drive east and dive into lunch at Claw Daddy’s, White Cap Seafood, or Half Shell Oyster House in Gulfport.

If you’ve never driven through rugged, forested, river-crisscrossed upper New England, this journey will be a wonderful deep-dive. Bucolic photo ops abound: a clapboard cabin, a glimmering lake, a large woodland creature. And in fall, this route offers the caliber of fall foliage that turns people into lifetime leaf-peepers. The endpoint of this 78-mile historic byway is, as promised, a border crossing to our northern neighbor and Acadian delights.

SEE: If it's summertime, before you follow the south-to-north route, check Lakewood Theater's schedule of musicals. The venue, situated at the southernmost point of the road, is an outdoor culture paradise. It's even worth overnighting here. In the morning, as you head north, pull over for a panorama photo moment at Robbins Hill Scenic Overlook, just below Wyman Lake. The lake is a delightful site for a picnic if the weather allows. Up the road past Caratunk, veer off the byway at The Forks to the stunning drop of Moxie Fall. Retrace a few grueling steps of the historic Kennebec River to the Dead River route that the infamous Benedict Arnold took during his brief moment as a war hero. And as you motor along, note that this route overlaps with the Appalachian Trail, so be on the lookout for people hiking the perilous pilgrimage of a lifetime just off the highway.

EAT: If the weather’s warm enough to enjoy the scenery, opt for a lakeside picnic over a restaurant. Buy picnic supplies at Williams’ General Store. When the Northeast's chill hits, join the rowdy crowd at the Marshall Inn, about 80 miles north of Augusta, for food, drinks, and live entertainment.