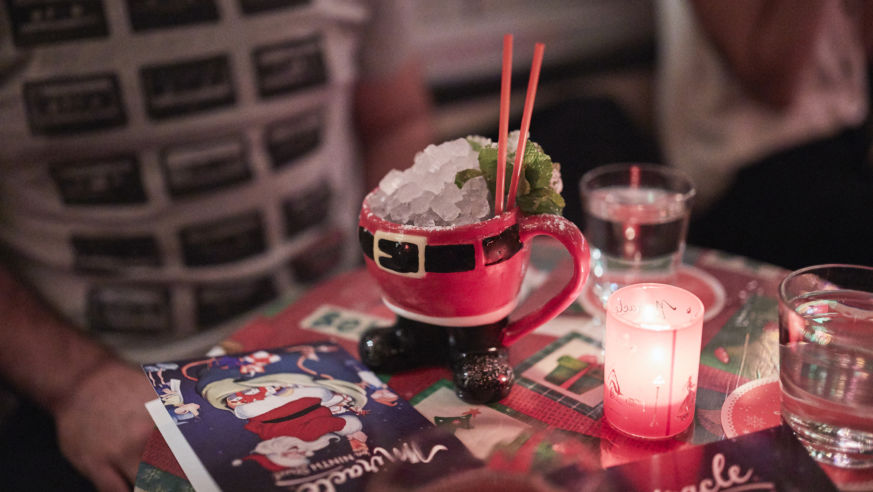 A kitschy Christmas-themed pop-up bar is showing up from coast to coast, much to the delight of cocktail fans everywhere.

From shopping for gifts to office parties to finding a way to dine peacefully with your politically divided family, the holiday season is landmine field stress factors. By this point in the season, you’re probably thinking you could use a drink. And if it happens to involve sipping a thoughtfully crafted cocktail from a glass adorned with Santa on a surf board, all the better. And if that scene happens to involve a bar boasting gleefully kitschy holiday décor and 11 hours-long playlist of largely obscure renditions of time-honored carols, then clearly you’re not dreaming of a Christmas that is nothing like the ones you used to know.

Cocktails from coast to coast 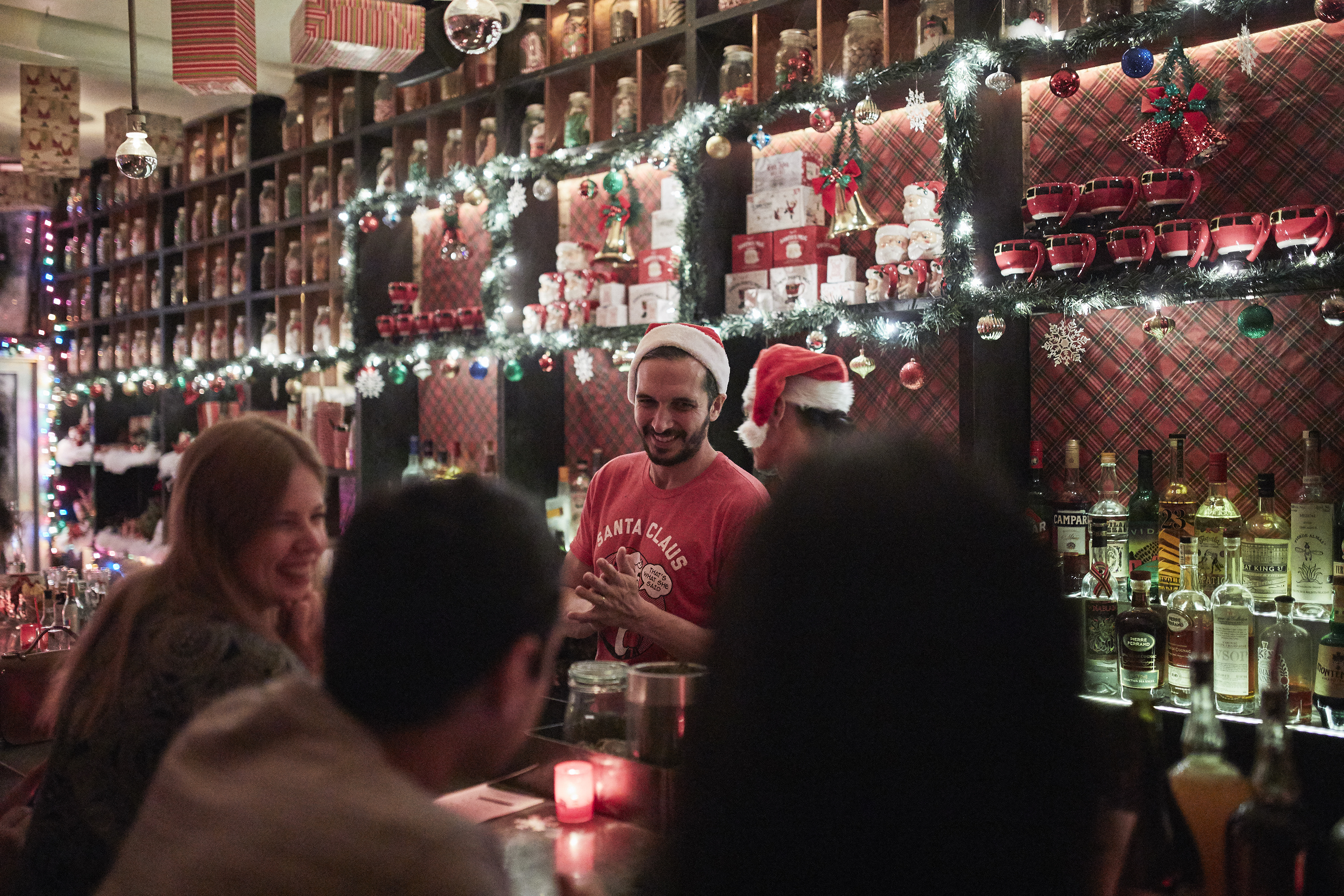 Rest assured, all ye faithful readers, this is not just a fantastical tiding of comfort and joy, as the carolers would have it. This is the backdrop for a very real, albeit temporary, Miracle.

Miracle Bar (miraclebar.com) is a pop-up watering hole set in established bars and it’s appearing in 84 American cities, as well as several international locations, through new year’s eve. That’s an impressive growth from last year’s 52 locales. Miracle has its roots on New York’s Lower East Side in 2014 and has since ballooned into an international affair. It bears out the value of the familiar life lesson: always listen to your mother.

It all started in 2014 when Greg Boehm, who owns several bars in NYC (Katana Kitten, Mace, Boilermaker) as well as Cocktail Kingdom (cocktailkingdom.com), a barware supply company, was doing construction on Mace. His mother encouraged him to scrap the construction for a little, deck out the space in tinsel and such, and open a temporary bar. Word spread, lines formed around the corner, and tradition—and festive franchise—was born.

From popular bars in San Antonio to Sacramento and from Asheville to Nashville and dozens in between, you’ll find popular tipples from past years like fresh eggnog and the Snow Ball Old Fashioned, a fanciful spin on the classic drink that involves gingerbread bourbon, as well as fresh entrants. 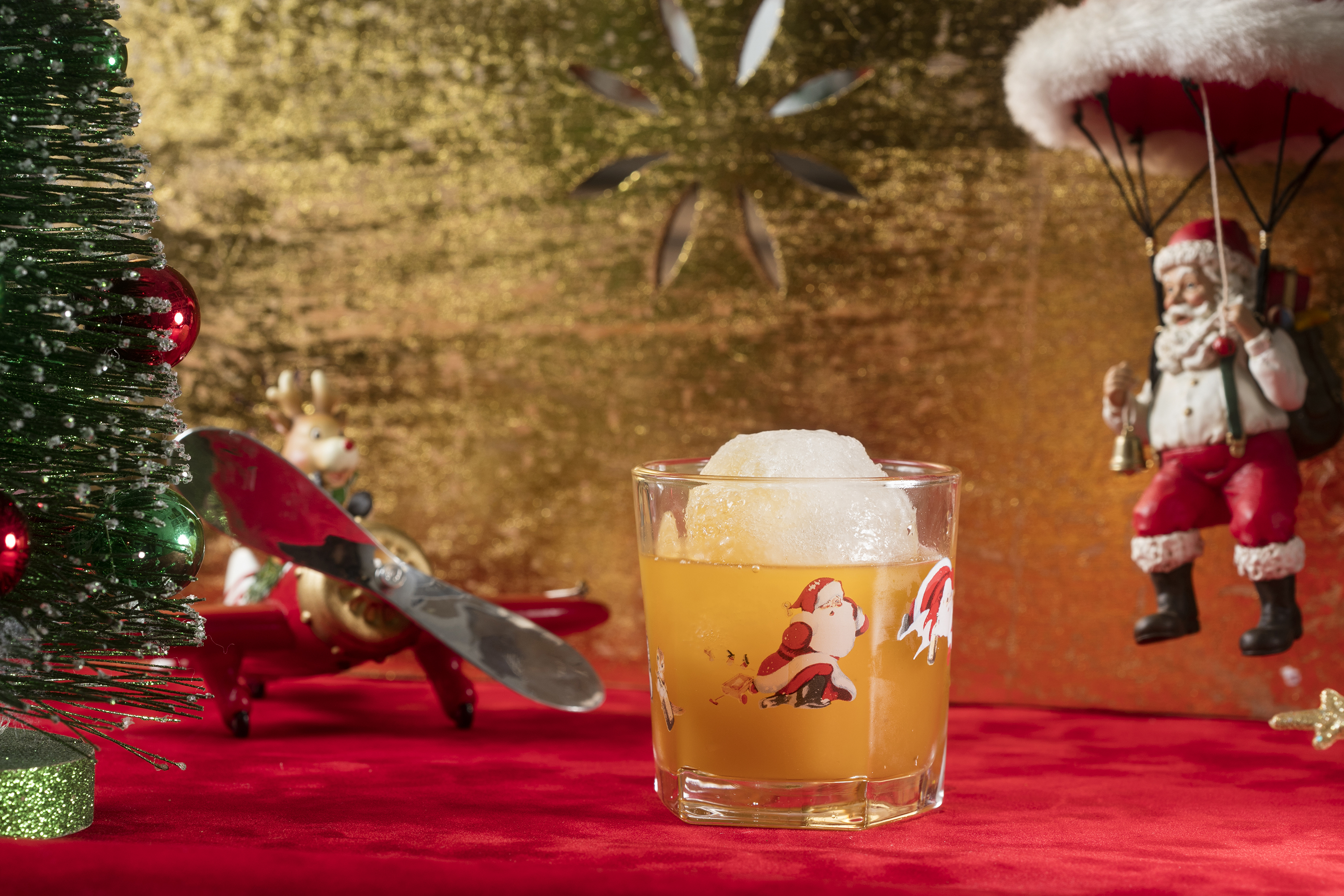 Each venue features zany glassware and eccentric, nostalgic décor, as well as that aforementioned playlist. (You’ll recognize Mariah Carey’s “All I Want for Christmas,” but probably not a roster of others ranging from rockabilly to punk to mellow lounge mood music.) While the cocktail menu and the look and vibe are the same from place to place, expect to find individual bars putting their own fingerprint on the concept.

"Cocktail Kingdom designs and manufactures unique and decorative items, edgier stuff like paper cutouts of Santa passed out holding eggnog. Bars use our stuff, but each bar is unique in how it display everything and the details of how they decorate are always different," Boehm told us. "I took cues from grandparents’ basement at Christmas time, and at other bars, staff takes cues from their past. Everyone does it in nostalgic way, but they take cues from their own childhoods."

So if you’re looking for a silent night, look elsewhere. These drinks keep things rocking around the very kitschy Christmas tree.