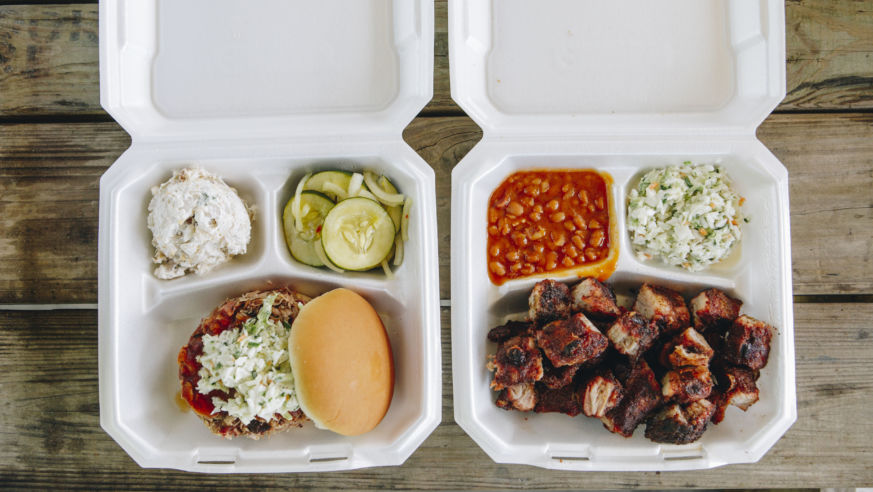 The South isn’t just fried chicken, biscuits, and sweet potato pie—but these destinations have all that, and much more.

If you’re thinking of planning a trip to the South in search of great regional food, popular ports of call like New Orleans, Charleston, and Nashville probably come to mind. Yet a bevy of all-too-often overlooked destinations—smaller cities, in particular—are stepping up their game in the culinary department, serving up Southern dishes with a twist alongside globally inspired flavors. Whether you’re into fancy tasting menus or more down-home plates like pimento-cheese fritters and Elvis-inspired desserts, these five unexpected cities have something to suit every taste. Plus, skipping the crowded tourist spots means it’s easier to get a reservation—though you can probably pop into any of these joints and be welcomed with that true Southern hospitality. 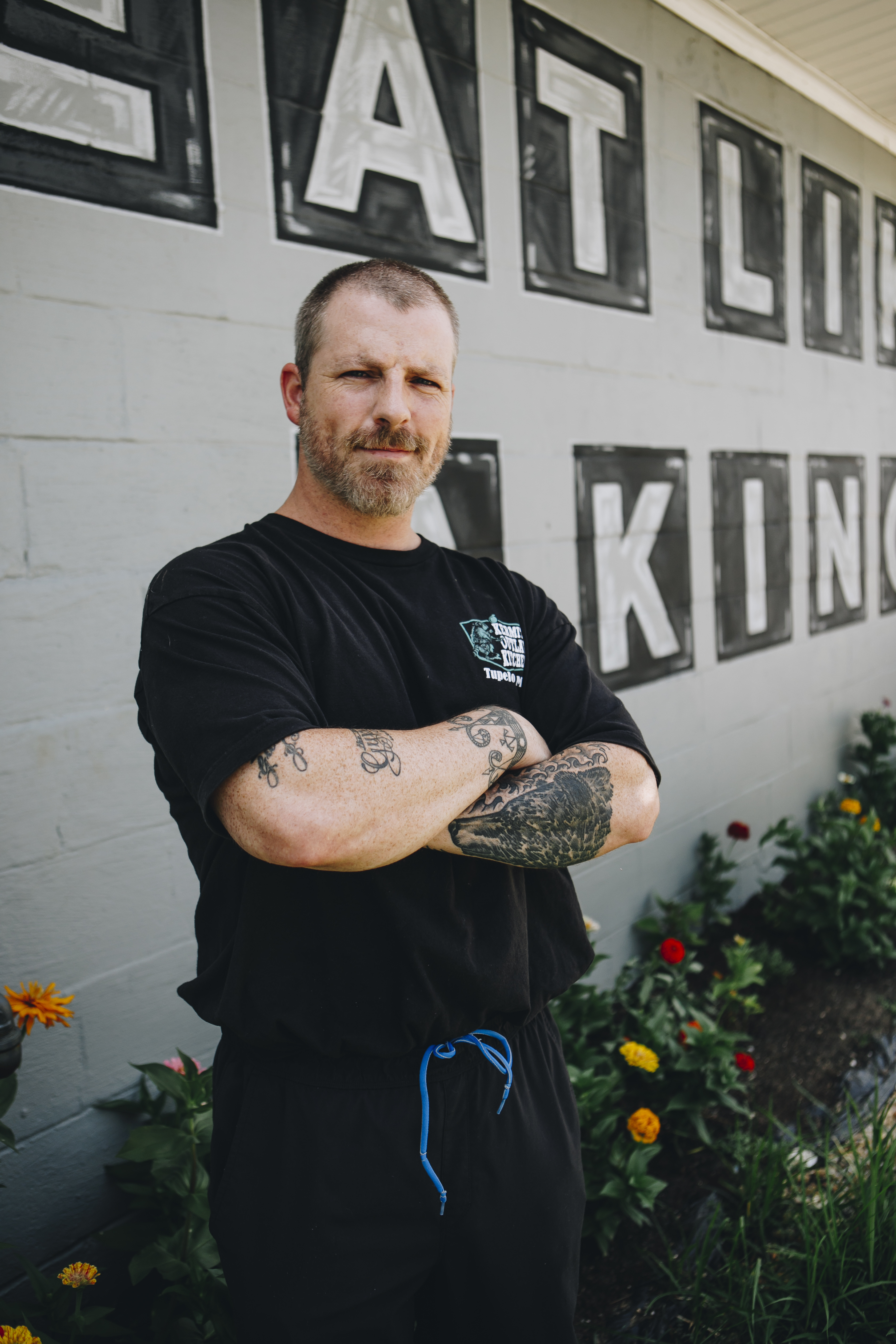 Graceland may be in Memphis, but Tupelo is the birthplace of Elvis—and this town of 38,000 people boasts some pretty delicious offerings that tie back to the King himself. Take, for example, King Chicken Fillin’ Station (kingchickentupelo.com). Opened by renowned local chef and butcher Mitchell McCamey in March inside a converted gas station with a still-operating convenience store, it's quickly become a local favorite, thanks to its epic fried chicken and smoked burgers. Continuing the theme of building reuse, Clay’s House of Pig hatched inside a bait-and-tackle shop, where people come from miles around for the pulled-pork baked potato topped with queso, slaw, and jalapeños. For something a bit more upscale, visit Kermit’s Outlaw Kitchen (kermitsoutlawkitchen.com), one of the area’s first true farm-to-table restaurants. Also run by McCamey, it’s housed in a 140-year-old brick building with a chef’s counter downstairs and a cocktail bar on the second level. If you’re dining with a group, order the Butcher Picnic, packed with braised brisket, a half chicken, homemade tortillas, and more. Just be sure to save room for Elvis S’mores for dessert. 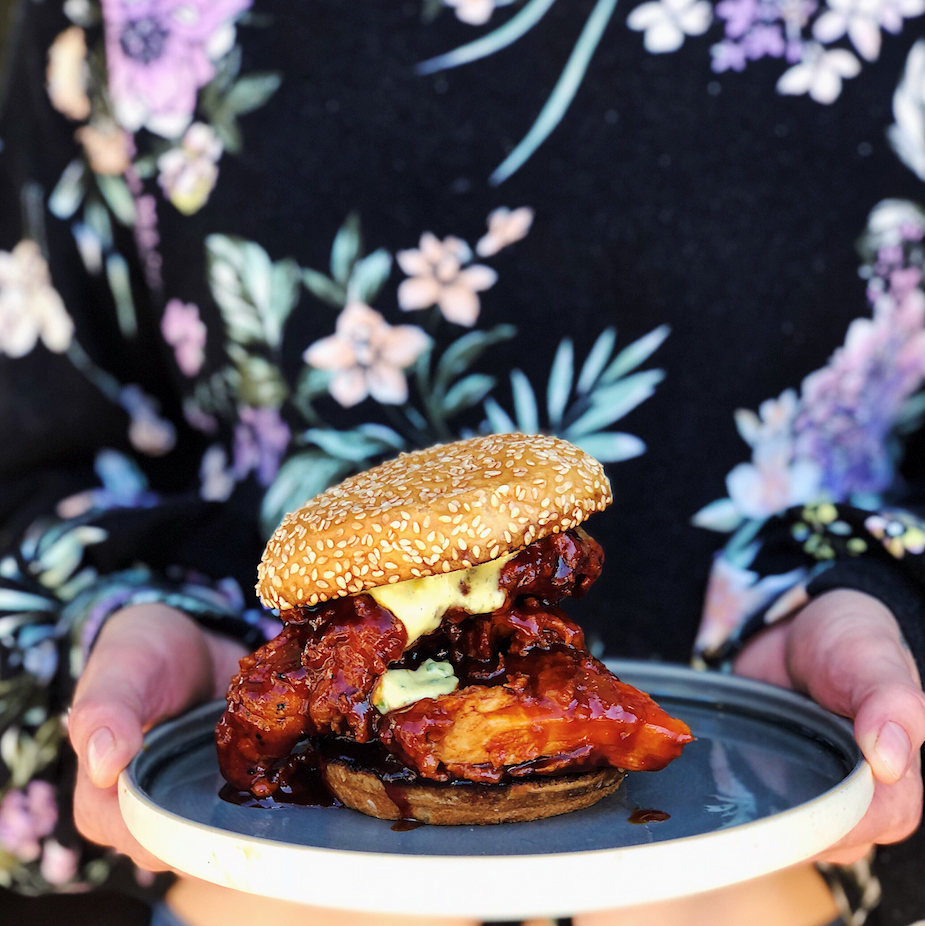 The fried-chicken sandwich from Holmes in Alpharetta. (Courtesy Awesome Alpharetta)

Once an unassuming suburb 25 miles north of Atlanta, Alpharetta has become a destination in its own right in the last few years. Restaurants and a hotel at the mixed-use development Avalon, which opened in 2014, make for a convenient weekend escape from Atlanta, and the area’s best chefs have taken notice. Ford Fry, who owns 11 restaurants in Georgia, was among the first to head north, opening his Tex-Mex hit The El Felix Avalon; there are now more than a dozen upscale dining spots there. A new development, Alpharetta City Center, is also home to restaurants from top toques. Chef Taylor Neary, of Atlanta favorites Marcel and St. Cecilia, opened Holmes (restaurantholmes.com) this summer, with the area’s freshest vegetables playing a starring role on the menu, and sommelier Phillip Cooper debuted Citizen Soul (citizensoul.com) in October, marrying upscale pub fare with artisanal cocktails. Finally, chef Todd Hogan, a well-known name in the local food scene, is on track to open Prairie American Kitchen in a historic Alpharetta building early next year. Southern comfort foods with a twist, like crawfish potpie, will be on the menu. 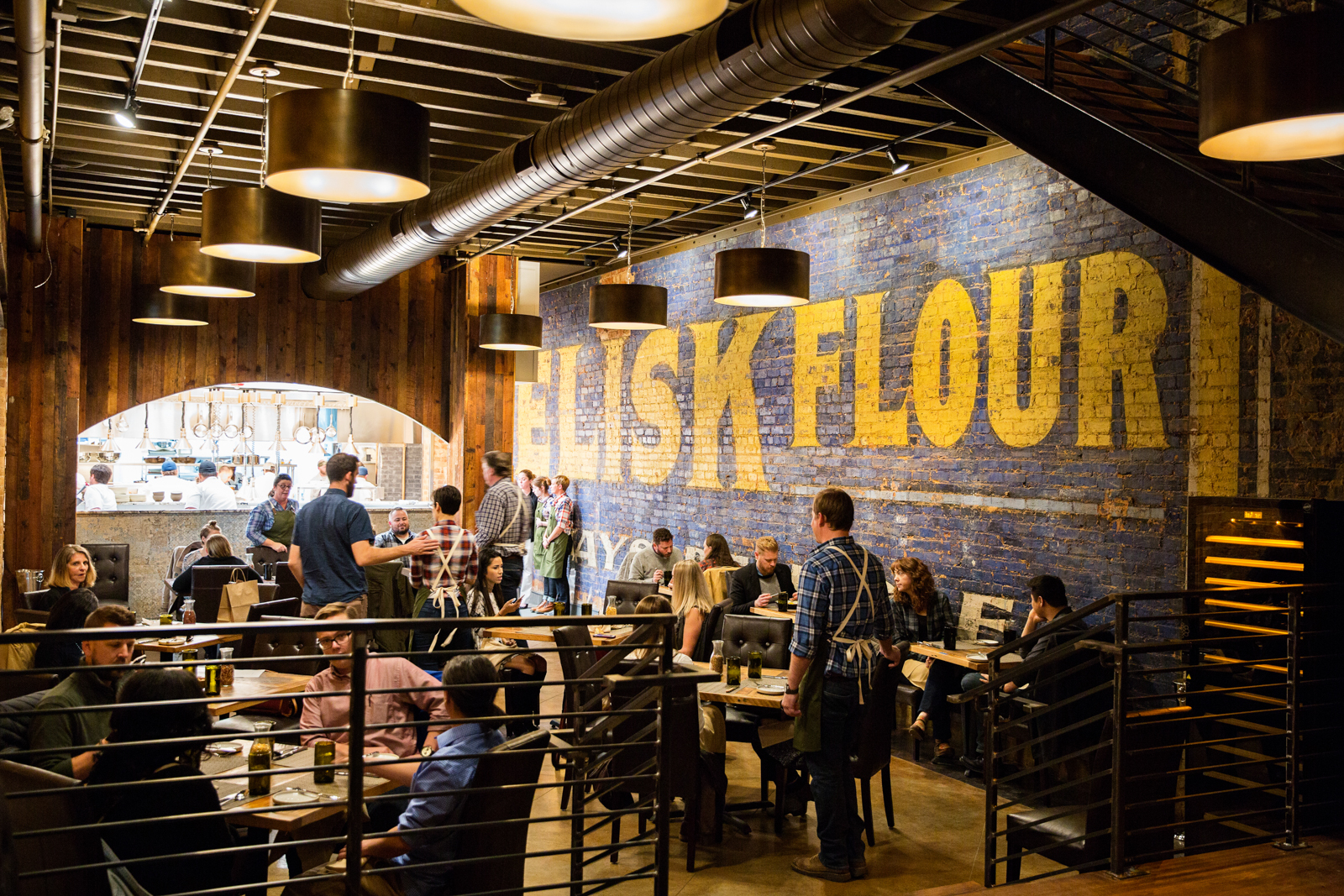 The food scene in this city of 68,000 people started coming up about 20 years ago, when local personality Carl Sobocinski decided to open a restaurant called Soby’s New South Cuisine (sobys.com) in the seedy downtown area. Fittingly, it was located nearly on the exact spot the town was founded two centuries before, and as people began to venture back downtown for dinner, businesses started to reinvest in the area. Today, Greenville ranks among the best downtowns in the country, according to Southern Living. Indeed, it feels a bit magical wandering down Main Street at night, with twinkling lights strung through the trees and the smells of many different cuisines wafting out the doors of nearly 125 restaurants within walking distance of the main drag. Spots like the aforementioned Soby’s (don’t miss Sunday brunch), the Lazy Goat (get the fried goat cheese), and Pomegranate (feast on spectacular Persian cuisine) are standbys, while newcomers like Anchorage (theanchoragerestaurant.com), showcasing the area’s Upcountry’s produce bounty, and Husk (huskgreenville.com), a spinoff of chef Sean Brock's beloved spots in Charleston, Nashville, and Savannah, are fresh reasons to visit. 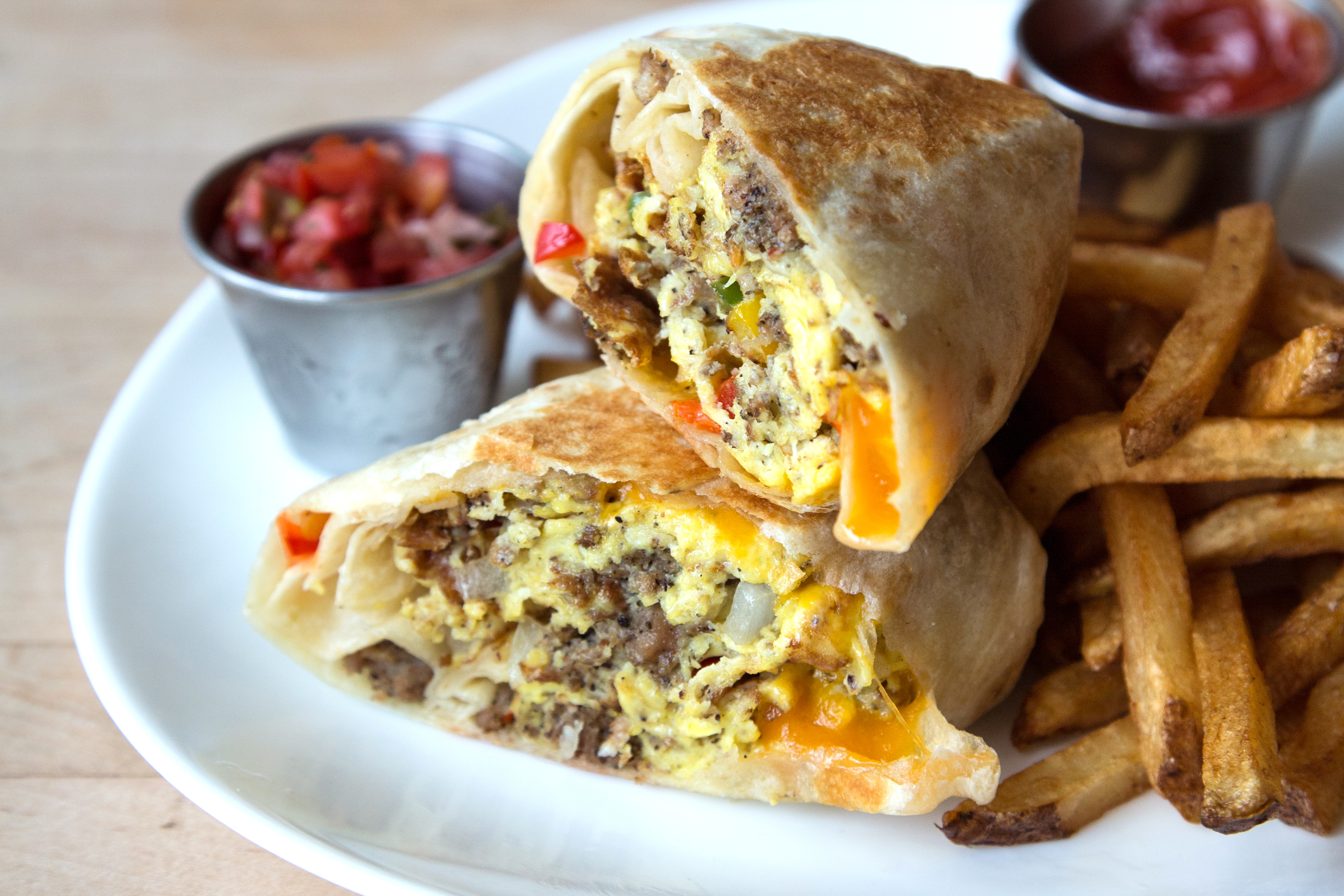 This Northern Alabama town went from sleepy to trendy nearly overnight, thanks to investment in the local hospitality industry. One of three towns making up the area known as The Shoals, Florence has gained two boutique hotels within the last year or so, along with a burgeoning culinary scene. Downtown, the 10-room GunRunner (gunrunnerhotel.com) features a hipster coffee shop on the main floor that brought acai bowls and matcha lattes to a town that’d never heard of them. Down the street, The Striklin Hotel (thestriklin.com) opened this year on the second and third floors of a 1940s building, with Big Bad Breakfast on the ground level. The brainchild of James Beard award-winning chef John Currence, a native of New Orleans, this morning-meal-focused restaurant known for its house-cured Tabasco brown-sugar bacon debuted its fifth Southern location to much fanfare. Early 2019 will see the opening of Taco Garage, a down-home spot for creative takes on Mexican street food. And, of course, there's the OG local-dining pioneer. While visitors and residents alike have embraced these newcomers, the farm-to-table spot Odette (odettealabama.com)—hugely popular for its craft cocktails and great wine list—kicked off the trend in back in 2011. 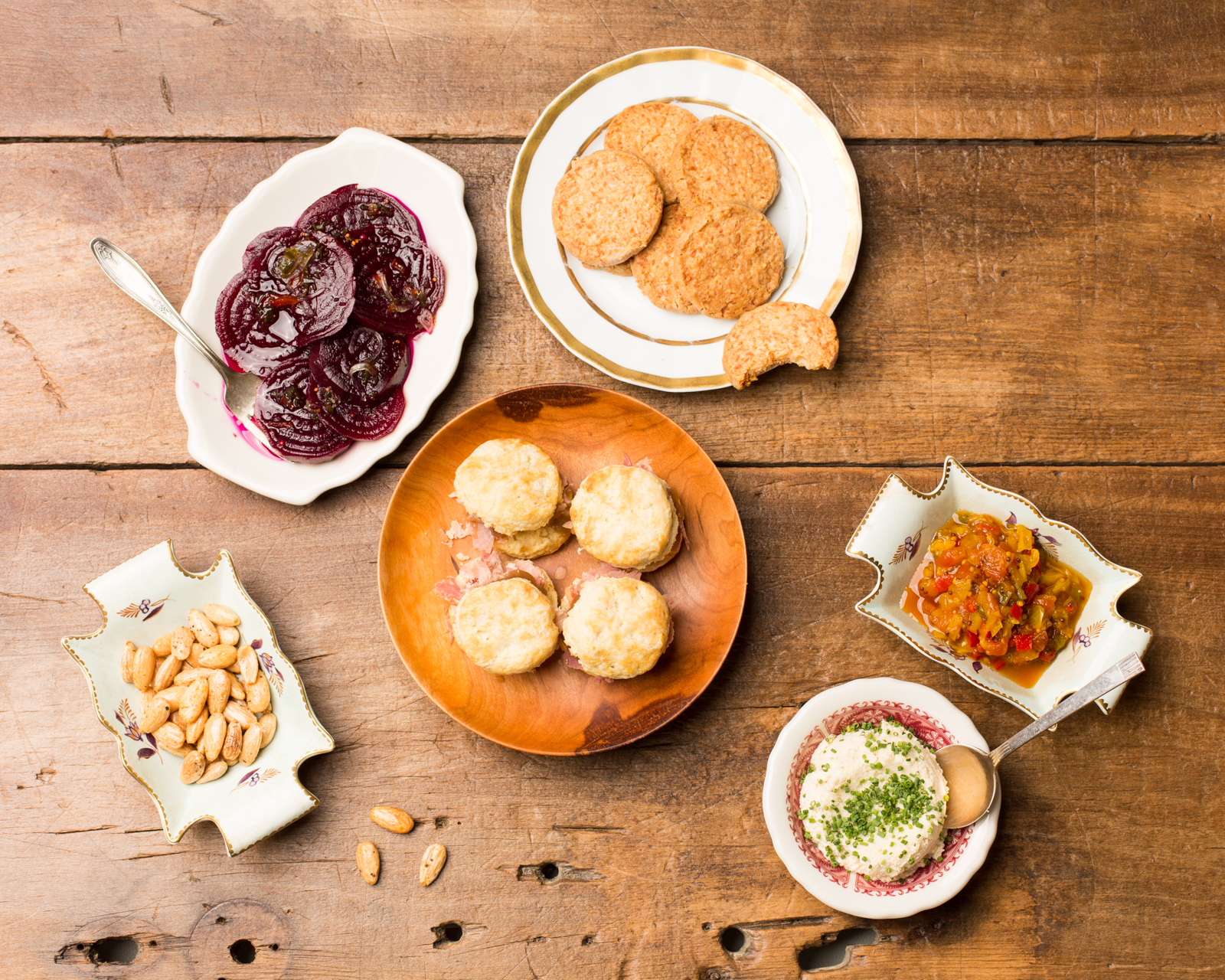 While you can find classic Southern fare around town, Lexington's dining scene presents a range of international restaurants. (Courtesy VisitLex)

You might not expect to find world-class Japanese food in the bourbon capital of the world, but that’s exactly what awaits in Lexington. It all started back in the ’80s when Toyota opened a plant in nearby Georgetown. At the time, there were less than five Japanese companies in the state; today, there are more than 200. Along with the growth of the Japanese population working here came many new restaurants and markets showcasing their home cuisine, with Tachibana (tachibanarestaurant.com) among the first to open some 25 years ago. This summer, Japan natives Hidenori and Shima Yamaguchi opened Standing Room Only, a Tokyo-inspired cocktail bar serving Japanese-style tapas, in the up-and-coming neighborhood of North Limestone (NoLi). And last year marked the debut of Kentucky’s first food hall, the Barn (thesummitatfritzfarm.com/the-barn), with an all-local lineup of restaurants serving dishes from Japanese ramen to Greek street food to shrimp Po'Boys. That wide-ranging variety has made the food hall a popular, lively destination.